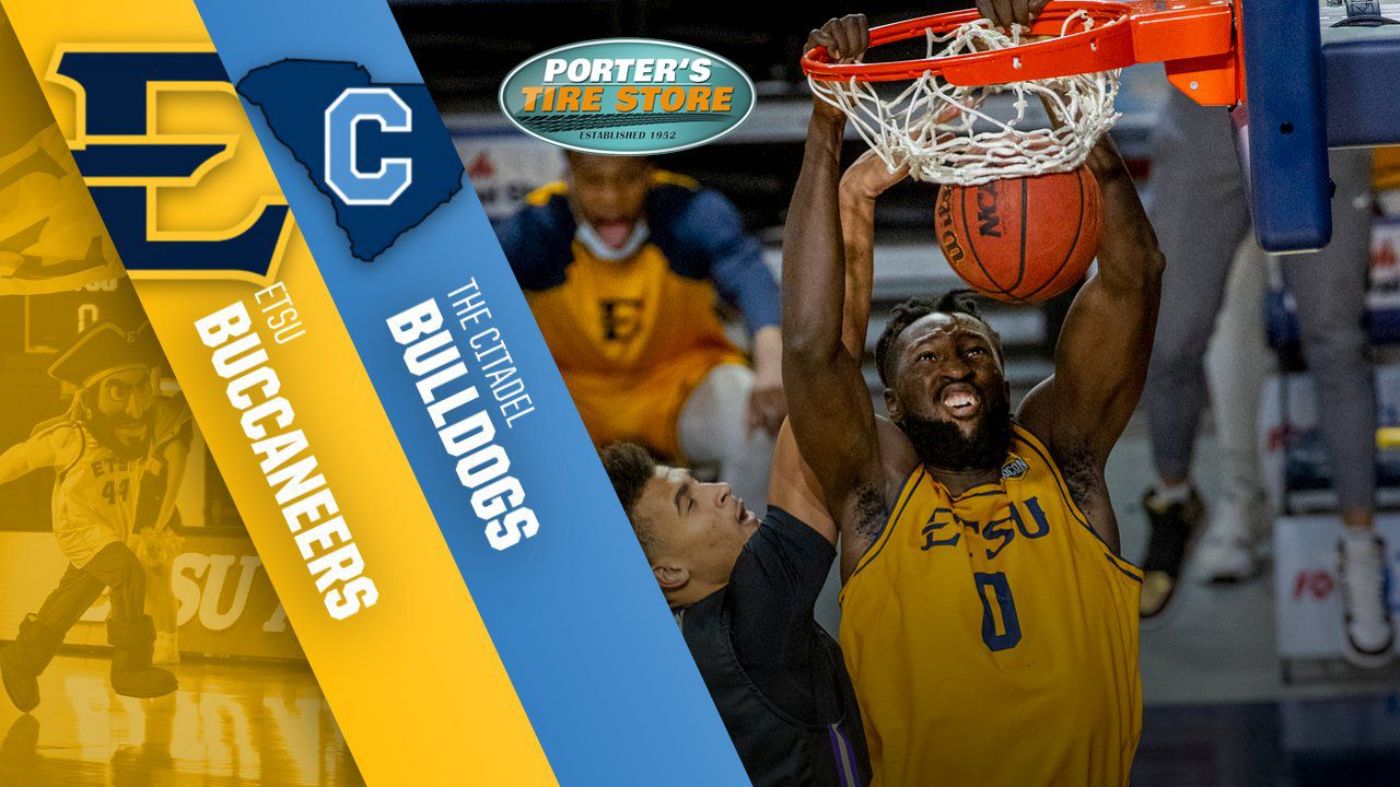 League-leading Bucs wrap up homestand Saturday against The Citadel
The Citadel at ETSU | January 30, 2021
Related Links

JOHNSON CITY, Tenn. (Jan. 29, 2021) – After moving into sole possession of first place in the Southern Conference standings on Wednesday night, the ETSU men’s basketball team will look to keep its momentum going when the Buccaneers host The Citadel Saturday. Tip-off is set for 4 p.m. inside Freedom Hall.

Saturday’s game will be streamed live on ESPN+ as Mike Gallagher and Bruce Tranbarger will be on the call; CLICK HERE FOR LIVE VIDEO

SHAY SEEING SUCCESS IN YEAR ONE

ETSU has gone 73-13 (.849) inside Freedom Hall since the start of the 2015-16 season, including a 6-1 mark this year and a 16-1 record last year … Last season, the Bucs won their first 12 games inside Freedom Hall to start the season, matching the best open since the 2003-04 Bucs went 12-0 … ETSU’s 16 wins were tied for the ninth-most in the country last season as Rutgers led all teams with 18 and a group of seven schools (Gonzaga, Wichita State, Creighton, Oregon, Liberty and Louisville) were tied with 17 … The 16 home wins by the Bucs were also the most in program history in the modern era (since 1960).

Over his last four games, senior point guard has dished out 21 of ETSU’s 49 assists … Sloan, who’s averaging 5.3 assists during this stretch, has totaled five assists in three games during this run and six in the win over VMI on Jan. 18.

In last Saturday’s win over Furman, redshirt freshman guard Damari Monsanto finished with 22 points and eight rebounds, while shooting 75 percent from beyond the arc (6-of-8) … Monsanto, who is just one of eight players this season to score at least 22 points, grab eight rebounds and shoot 75% from beyond the arc, is only one of 43 players to accomplish the feat since the start of the 2017-18 season … Overall, 58 players this season have scored at least 22 points, made six threes and shot 75% or better from 3-point range, with five of those players coming from the SoCon – Monsanto, Greg Parham (29pts, 7 3PT FGM, 88% vs. Wofford), David Jean-Baptiste (22pts, 6 3PT FGM, 75% vs. Samford), Mike Bothwell (26pts, 6 3PT FGM, 75% vs. College of Charleston and Matt Halvorsen (23pts, 7 3PT FGM, 78% vs. NC A&T).

The Bucs hit the road for two straight games beginning Monday night at Wofford. Tip-off is set for 7 p.m. inside Richardson Indoor Stadium.