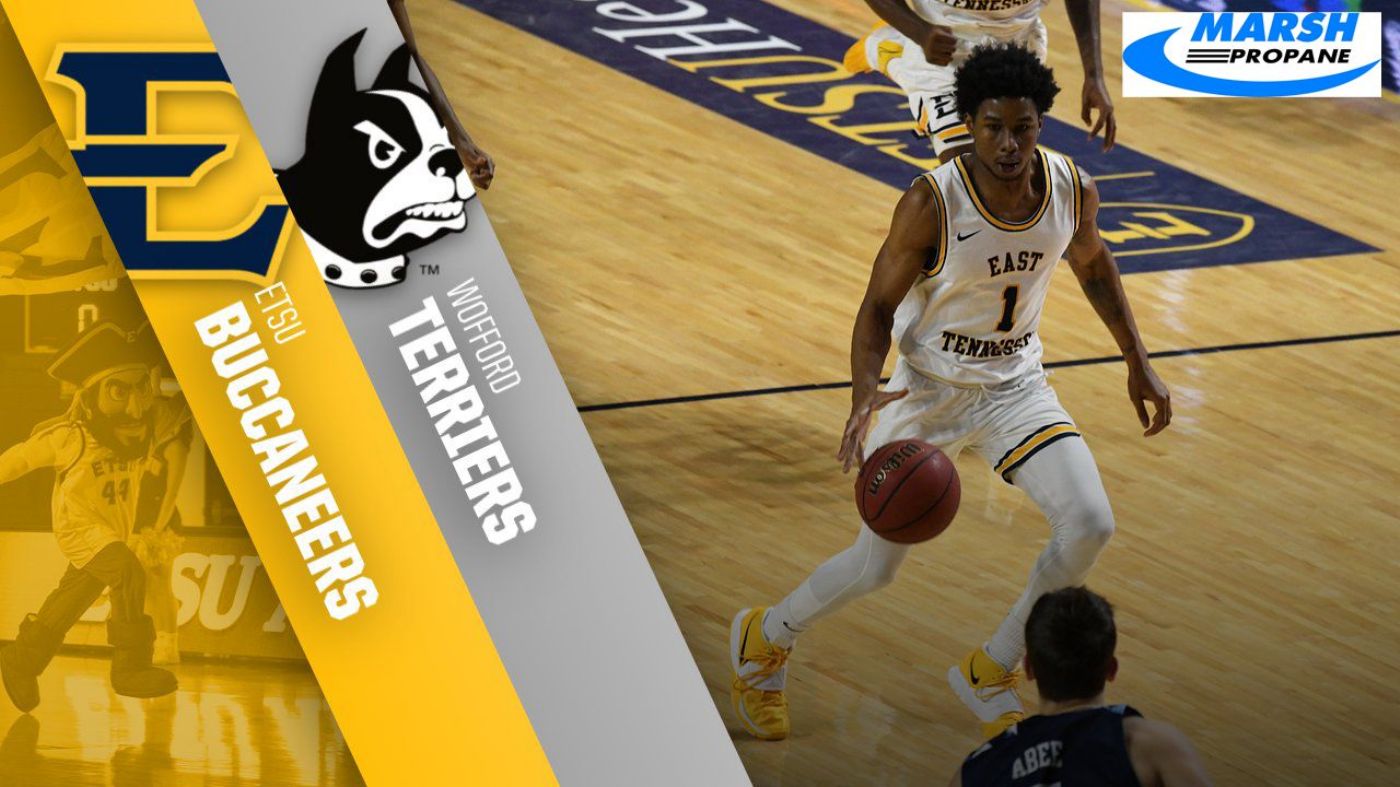 The Bucs enter Monday’s critical conference meeting atop the SoCon standings at 6-1, while Wofford is tied for second place with UNCG at 7-2. Between ETSU and Wofford, these programs have combined to play in the last seven SoCon title games with the Terriers winning three and the Bucs claiming two titles.

Monday’s game is scheduled to tip-off at 7 p.m. inside Richardson Indoor Stadium.

Monday’s game will be streamed live on ESPN+ as Jim Noble and Thom Henson will be on the call; CLICK HERE FOR LIVE VIDEO

Monday marks the first of a two-game road swing as the Bucs will depart Spartanburg, S.C. for Macon, Ga., as ETSU faces Mercer Wednesday night at 7 p.m.

ETSU carries a four-game win streak into Monday’s road game at Wofford … During this four-game run, ETSU is averaging 83.5 points, shooting 49 percent from the field, 45 percent from three and 79 percent at the free throw line … The Bucs, who have a +14.8 scoring margin during  this stretch, are +11.0 on the glass and have four players scoring in double figures … Ledarrius Brewer is averaging 18.8 points, while Damari Monsanto is posting 17.5 points and 12.0 rebounds, along with shooting 52 percent (25-48) and 48 percent from three (12-25) … David Sloan is posting 12.3 points and 5.5 assists, while Ty Brewer is averaging 11.0 points and 5.3 rebounds (also shooting 59.3 percent) … As a team, the Bucs have totaled 63 points off turnovers, 56 second-chance points, 126 points in the paint and 115 bench points during this win streak … ETSU’s bench is plus-78 over the last four games, while the Bucs are plus-27 in second-chance scoring and plus-19 in points off turnovers.

In seven SoCon games this season, ETSU leads the conference in rebound margin (+8.0) and three-point percentage (.409), ranks second in scoring margin (+9.3), field goal percentage defense (.437), 3-point field goal percentage defense (.322) and scoring defense (70.3),... Ledarrius Brewer is averaging 19.0 points per game in six league games, which ranks sixth in the SoCon … Brewer ranks third with 2.2 steals per game in league action, while rankinig fourth in field goal percentage (.512), sixth in threes made (2.7) and is seventh in three-point shooting (.421) … David Sloan leads all players in assists (4.7), Silas Adheke ranks second in the league in offensive rebounds (3.3) and is eighth in total rebounding (6.9), and Damari Monsanto is second in rebounding (9.1).

Serrel Smith, Ledarrius Brewer and Damari Monsanto accomplished a rare feat in Saturday’s 112-84 win over The Citadel … The Buccaneer trio all scored at least 20 points with Smith netting a career-high 21 points, while Brewer and Monsanto each posted 20-point performances … The last time ETSU saw three players score 20 points in the same game was back on Feb. 19, 2011 at Lipscomb when Micah Williams (27 points), Isiah Brown (22 points) and Justin Tubbs (20 points) did so in the 102-95 double-overtime win.

Wofford has won five of its last six and enters Monday’s contest at 10-5 overall and 7-2 in SoCon play.

The Terriers are coming off a  72-69 win over Mercer on Saturday in Spartanburg … Tray Hollowell scored a career-high 22 points on 9-of-15 shooting (4-8 from three), while Ryan Larson and Messiah Jones each scored 12 points.

Wofford has won six of its seven home games this season with the lone setback being an  84-75 decision to UNCG on Jan. 6 … Since the 2018-19 season, the Terriers are 31-7 inside Richardson Indoor Stadium.

The Terriers are led by senior guard Storm Murphy as he’s averaging 19.1 points per game, while he and Hollowell have combined for 86 of Wofford’s 157 made threes … Murphy leads the team with 44 and Hollowell has totaled 42 triples.

As a team, Wofford is averaging 76.7 points per game and allowing 67.1, while holding the opposition to 33 percent shooting from beyond the arc.