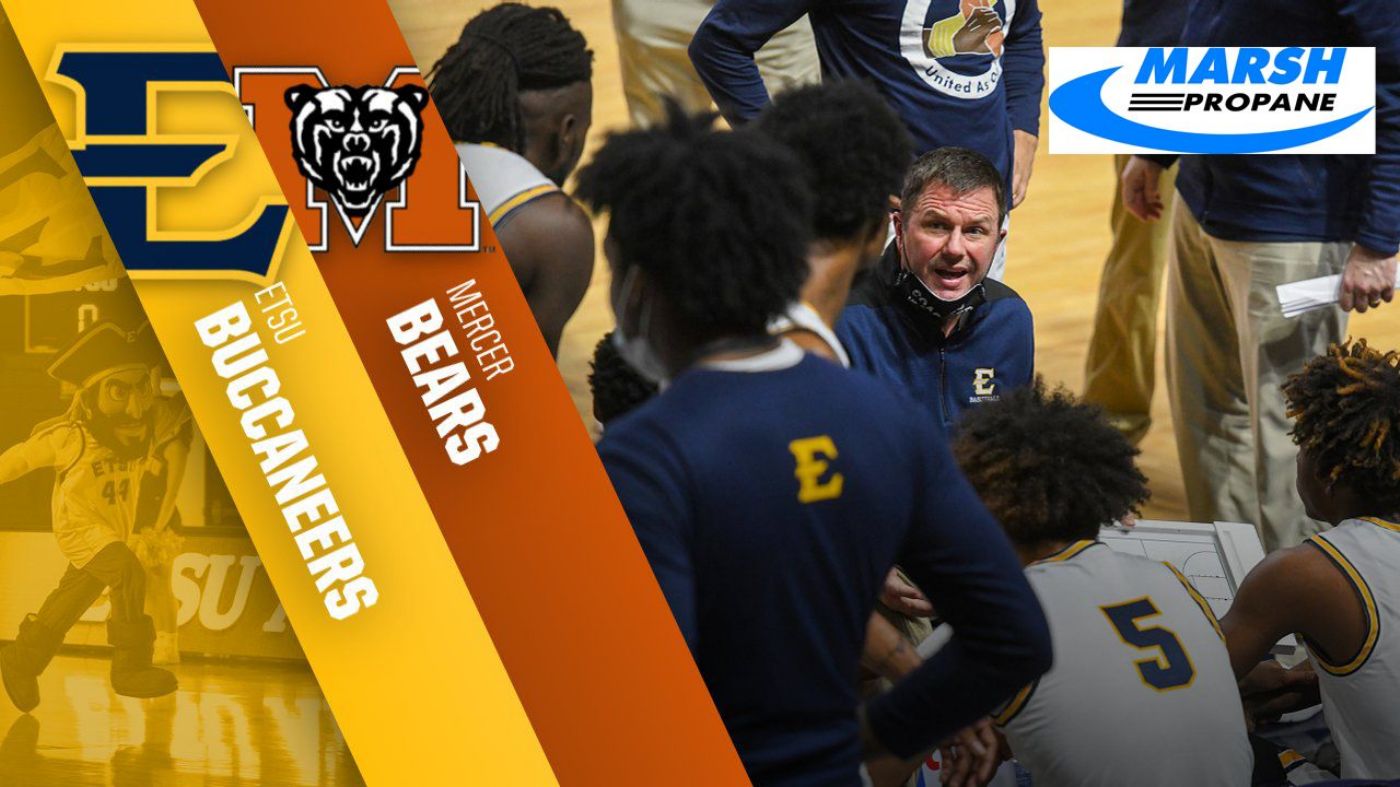 MACON, Ga. (Jan. 31, 2021) – The ETSU men’s basketball team continues its NBA-style schedule again Wednesday night as the Buccaneers look to bounce back against Mercer. Game time is scheduled for 7 p.m. inside Hawkins Arena.

Wednesday’s game will be streamed live on ESPN+ as Frank Malloy and Sybil Blalock will be on the call; CLICK HERE FOR LIVE VIDEO

A WIN ON WEDNESDAY WOULD…

After playing four games over an eight-day stretch from Jan. 16-Jan. 23, the Bucs repeated the stretch again starting with last Saturday’s  game vs. The Citadel and ending with this Saturday’s  vs. Chattanooga … Sandwiched between those two game are the road contests at Wofford on Monday and tonight at Mercer … The Bucs, who are playing their third game in five days, will play five games over a 12-day stretch from Jan. 30-Jan. 10.

After not receiving votes last week, the ETSU men’s basketball team made a huge leap in this week’s CollegeInsider.com Mid-Major Top 25 Poll as the Bucs were ranked No. 19 in the latest poll on Monday … ETSU was one of four SoCon schools in the Top 25 – No. 9 Furman, No. 21 UNCG and No. 24 Wofford.

ETSU redshirt freshman guard Damari Monsanto was named Southern Conference Men’s Basketball Player of the Week presented by GEICO, announced the league office on Tuesday … Monsanto averaged a double-double in the two games for the Blue and Gold as he totaled 22.0 points and 10.5 rebounds, while shooting 62.5 percent from the field and 57 percent from beyond the arc … Monsanto finished with 20 points and 13 rebounds in the 112-84 win over The Citadel and scored a career-high 24 points in the loss at Wofford on Monday … This marked Monsanto’s first weekly honor of his career and it was the first by an ETSU player this season.

Since the start of the 2015-16 season, the Bucs have bounced back following a loss as ETSU is 34-7 in those contests (not including postseason games) ... In addition, ETSU has only had five occasions of losing two or more games during this run.

The Bears have dropped their last two contests, but have won six of their seven games inside Hawkins Arena this season.

The Bears are averaging 79.8 points per game and are one of the top assist teams in the league at 17.3 per contest … Mercer is giving up 74.2 points.