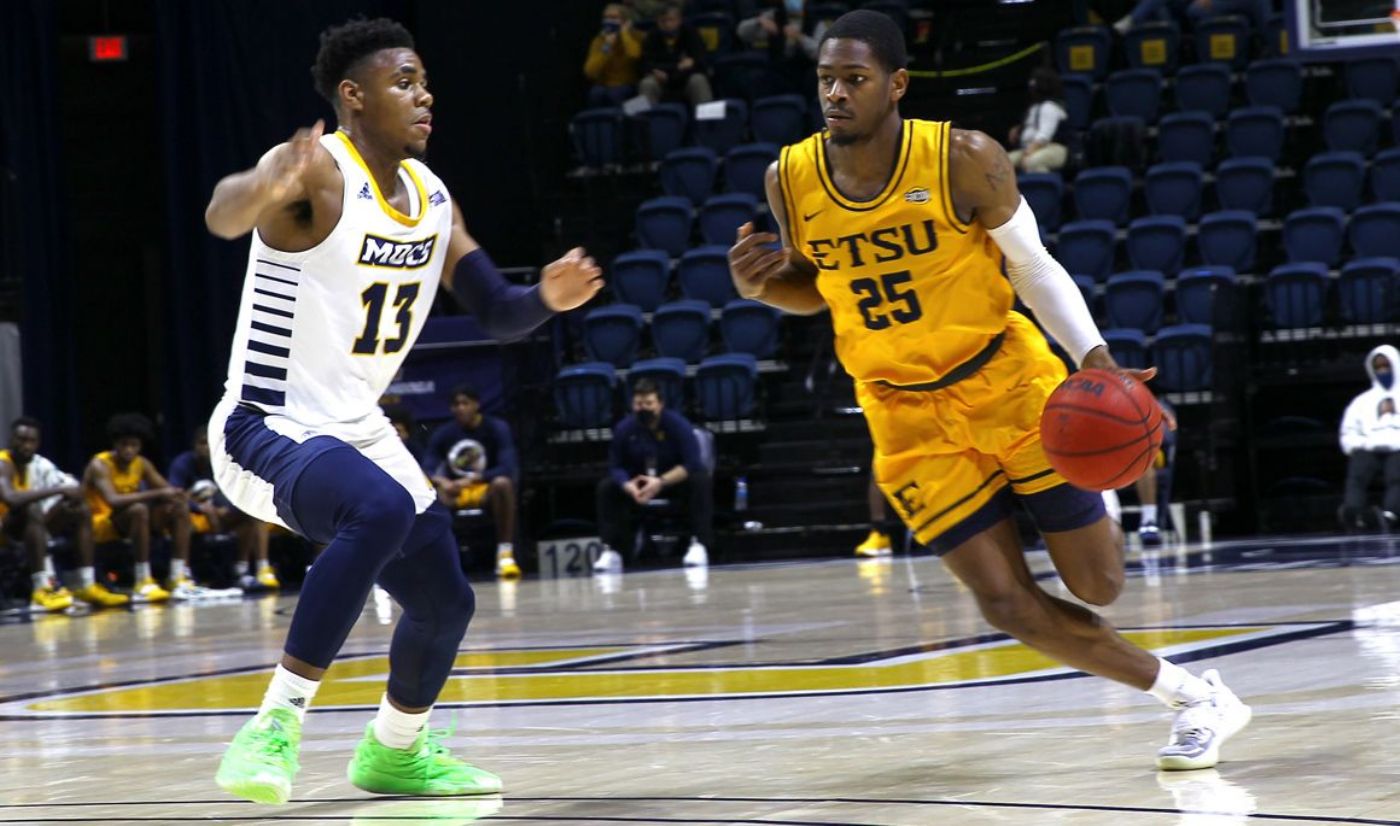 Unfortunately, for the Buccaneers, it was another heartbreaking two-point loss as ETSU fell 53-51 on Monday night inside McKenzie Arena.

After facing an uphill battle the entire night, the Bucs rallied back and had a chance to complete the comeback. With 4.8 seconds remaining and the Mocs ahead by three, Ledarrius Brewer (Meridian, Miss.) was fouled. Brewer hit the first free throw and missed the second with Vonnie Patterson (Louisville, Ky.) grabbing the rebound and kicking it out to Damari Monsanto (Pembroke Pines, Fla.) – who hit the fadeaway three-pointer as he was falling out of bounds. However, the Buccaneer bench called a timeout before the shot, and after drawing up a play with three seconds remaining, Monsanto had another chance for the game-winner but his three from the top of the key hit the back of the rim as time expired, giving Chattanooga the series sweep.

The Bucs scored the first points of the night for their only lead of the game as Chattanooga led for 37:10. The game featured three ties.

Chattanooga assisted on 12 of its 16 makes, with the Bucs only recording six.

Brewer was the lone Buccaneer to score in double figures as he netted a game-high 19 points, marking the 16th time this season he has accomplished the feat.

The Mocs had three players in double figures with A.J. Caldwell scoring a team-high 11 points, while KC Hankton and Malachi Smith both finished with 10. Smith also grabbed eight rebounds  and had three assists.

Despite only making eight field goals and shooting 31 percent from the floor, ETSU only trailed by four at the half, 29-25.

Silas Adheke scored the first points of the contest, but from that point forward, it was an uphill battle for the Bucs. Chattanooga scored the next nine points and eventually led 24-15 with just under eight minutes remaining in the frame. The Mocs again pushed their lead to nine (27-18), but the Bucs closed the final four minutes on a 7-2 run to pull within four at the break.

The Bucs looked to have gain momentum in the early stages the half as they pulled even at 31 three minutes in, but Chattanooga responded with an 8-0 run to go back up 39-31 with 14:28 remaining. The Mocs then pushed their lead to nine, but ETSU mounted an 11-2 run to post its third tie of the night at 47 thanks to Adheke finding Brewer for a jumper at the 4:30 mark. Despite fighting back and keeping it close, the Bucs were unable to get over the hump. Prior to the closing seconds, ETSU had four possessions in the final four minutes to take the lead, but came away empty. After Brewer made a free throw to make it a one point game with 42 seconds left, Chattanooga missed a three-pointer but came away with the loose ball rebound, resulting in Darius Banks sinking a pair at the line, pushing it to 53-50 with nine seconds remaining. The Mocs then fouled twice to send Brewer to the line where he made the first and missed the second, resulting in the frantic ending.