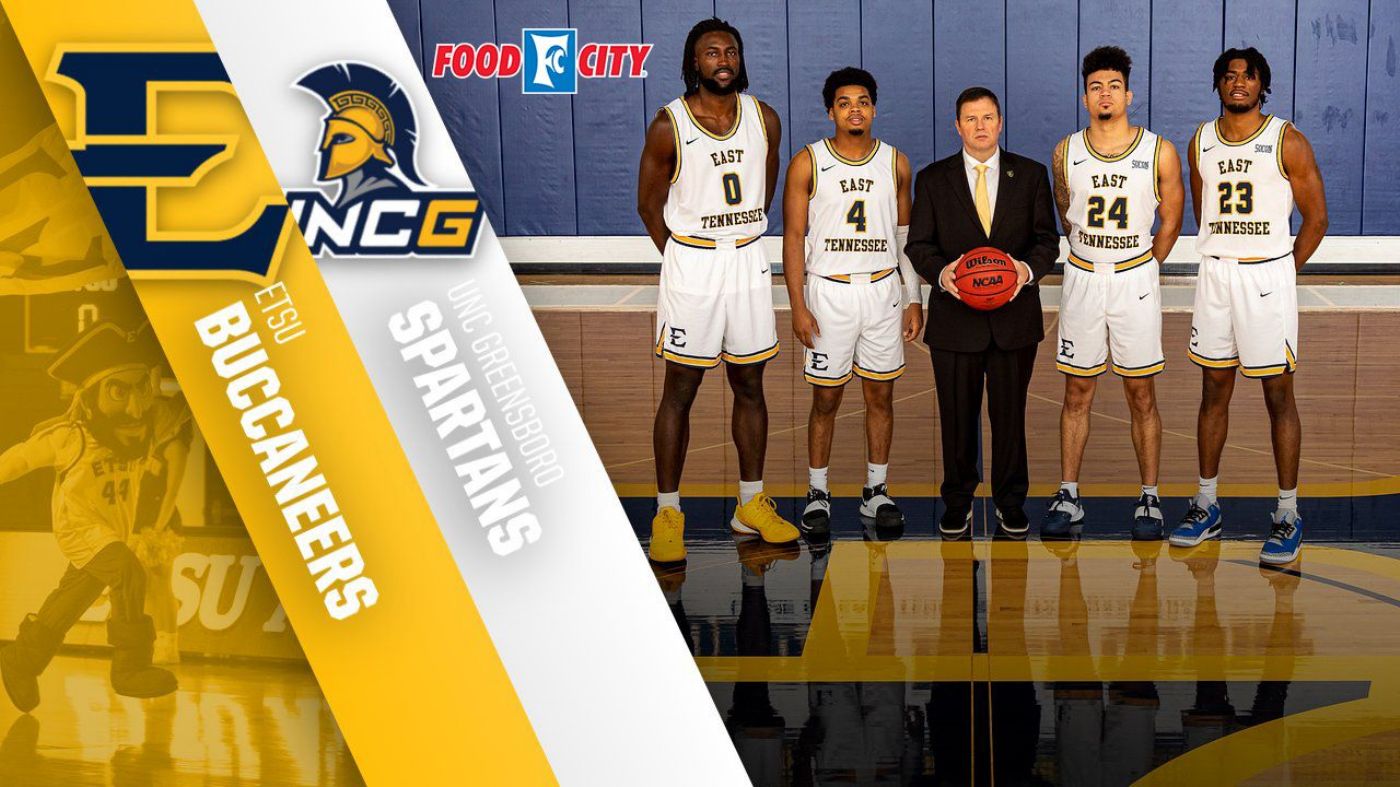 Bucs to honor four players and one manager on Senior Night

JOHNSON CITY, Tenn. (Feb. 26, 2021) – Despite the ups and downs faced during the pandemic-played season, the ETSU men’s basketball team will cap off regular season play when the Buccaneers host UNCG Saturday inside Freedom Hall.  Tip-off is set for 4 p.m.

Saturday’s game will be video streamed live on ESPN+ as Mike Gallagher and Bruce Tranbarger will be on the call; CLICK HERE FOR LIVE VIDEO

Saturday marks the final regular season home game for five Buccaneer members – student manager Jackson Miller, along with graduate senior Silas Adheke and seniors Vonnie Patterson, Jordan Coffin and David Sloan … Patterson and Coffin were part of the Bucs’ historic season a year ago where ETSU won a program-record 30 games en route to sweeping both the SoCon regular season and tournament championships … Adheke, who transferred in from Northern Kentucky, has started all 22 games this season, averaging 6.0 points and 6.0 rebounds, while posting two double-doubles … Sloan, a Kansas State transfer, has totaled 255 points, 92 assists and 46 rebounds in 21 games (12 starts) this season … Sloan’s 4.5 assists in league play, tops all SoCon players … Patterson, a two-year letterwinner, has played in 55 games with 31 starts over the last two seasons … The Buccaneer leader played in 33 of the 34 games a year ago, registering 98 points and 105 rebounds, along with posting a career-high 14 rebounds in his fist ETSU start in the 78-69 win over Appalachian State last year … This season, he has started all 22 games and has scored a career-high 13 points twice (at Furman and at The Citadel) … Coffin originally started off on the ETSU football team before spending the last two seasons with Buccaneer basketball … He made his ETSU debut in last year’s season-opening win over Newberry and scored his first collegiate points in the 98-66 win over Delaware State on Nov. 23, 2019.

Saturday marks the final home regular season game for the Buccaneers … ETSU has recently thrived in home regular season finales as the Blue and Gold have won six of their last seven and 12 of the last 14, including last season’s memorable 68-67 comeback win over Western Carolina.

ETSU has gone 77-15 (.837) inside Freedom Hall since the start of the 2015-16 season, including an 8-3 mark this year and a 16-1 record last year … Last season, the Bucs won their first 12 games inside Freedom Hall to start the season, matching the best open since the 2003-04 Bucs went 12-0 … ETSU’s 16 wins were tied for the ninth-most in the country last season as Rutgers led all teams with 18 and a group of seven schools (Gonzaga, Wichita State, Creighton, Oregon, Liberty and Louisville) were tied with 17 … The 16 home wins by the Bucs were also the most in program history in the modern era (since 1960).

The two teams have also been the SoCon powers over the last six seasons with ETSU winning a league-best 142 games during this span, while UNCG’s 136 victories rank second … Since the  start of the 2015-16 season, both ETSU and UNCG have won 79 SoCon games – the most among all 10 league teams during this run.