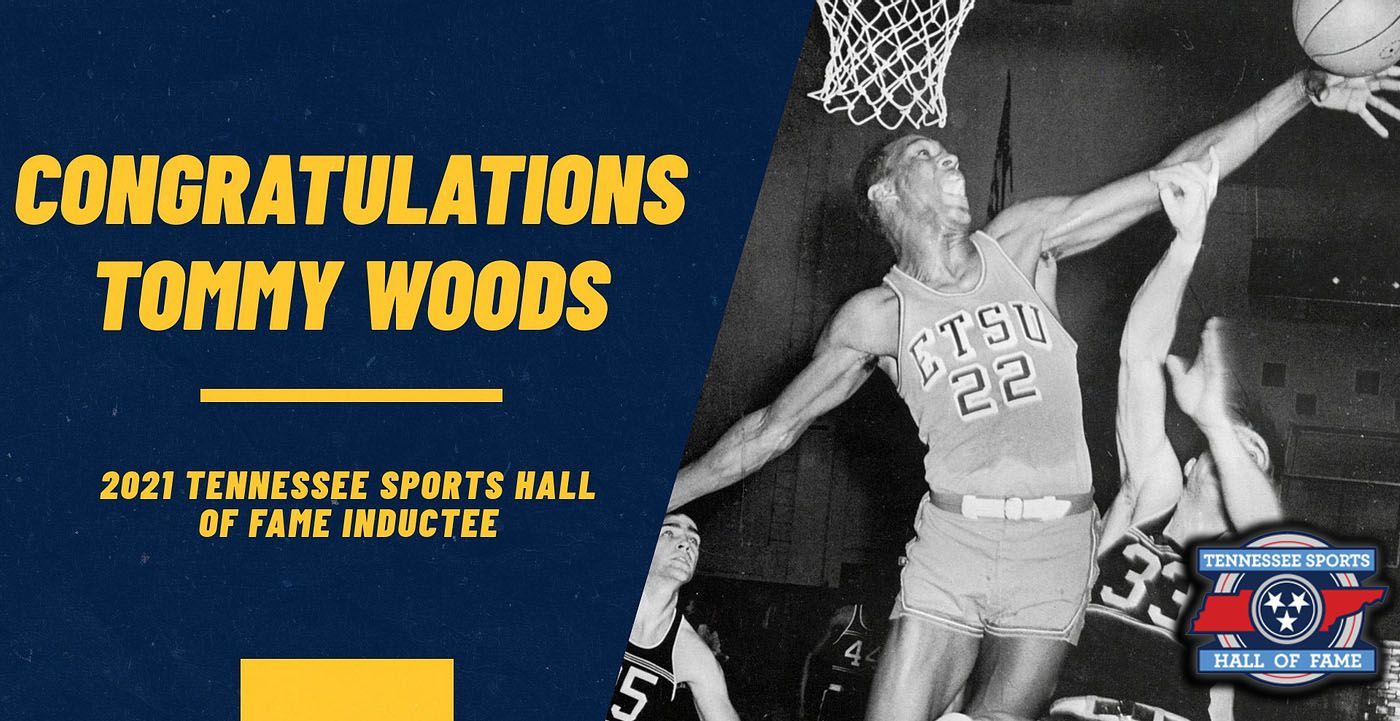 As a freshman in 1963, Woods was subject to catcalls, bigotry, and discrimination, but by his senior season at ETSU, Woods was a beloved figure and a transcendent athlete. Woods was named All-OVC in 1966 and 1967, and still holds records for rebounds (1034), rebounds per game average (10.2), and single game rebounds (38).

After an injury-shortened career with the ABA’s Kentucky Colonels, Woods entered a life of public service in Louisville. For over 30 years, Woods was a probation officer for troubled youth, and upon retirement, he served as the Athletic Director of the Louisville Police Department Athletic Programs, and after a second retirement, he is now a special assistant to the Mayor of Louisville.

Woods joins President of US Soccer Cindy Parlow Cone, former MTSU defensive standout Mike Caldwell, and wheelchair basketball champion Brandon Rowland as announced inductees of the Class of 2021. The full class of 11 will be announced over the coming weeks.

About the Tennessee Sports Hall of Fame