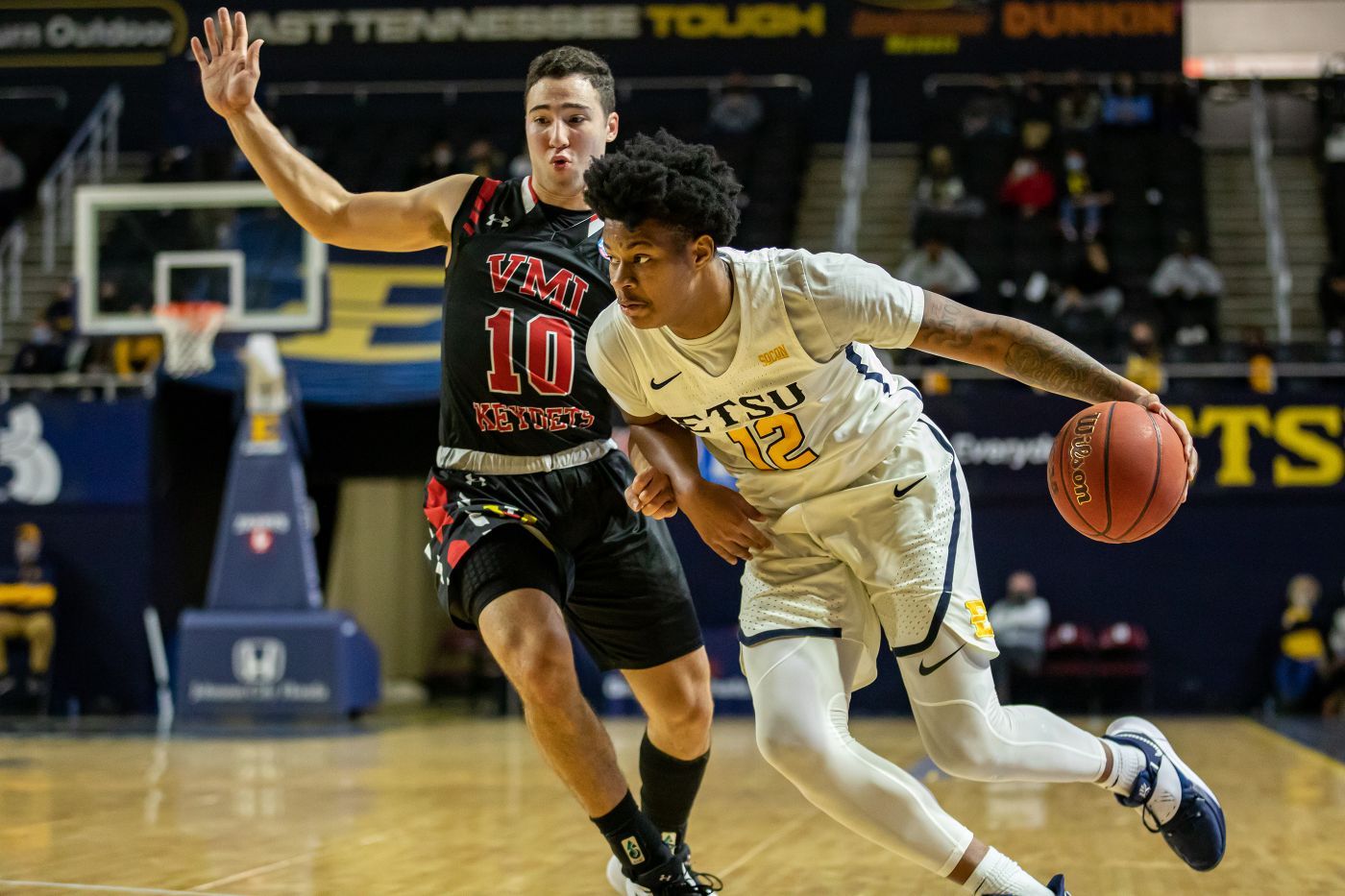 Two Buccaneers earned accolades as Damari Monsanto (Pembroke Pines, Fla.) was named Freshman of the Year and third team all-conference by the media, and Ledarrius Brewer (Meridian, Miss.) landed a spot on the first team by the coaches and media.

Monsanto, who played in all 23 games with 18 starts, averaged 11.7 points and 7.3 rebounds, while knocking down 47 threes and shooting 78 percent at the free throw line. The Pembroke Pines, Fla. native scored in double figures 11 times, including five straight games where he netted 20+ points, becoming the first Buccaneer player to accomplish the feat since Ge’Lawn Guyn in 2016. Monsanto was also a beast on the boards as he had five games with double digit rebounds and three double-doubles – his first being a 19-point, career-high 14-rebound effort in the win over VMI. The Buccaneer rookie also registered 20 points and 13 rebounds in the home win versus The Citadel on Jan. 30 and collected his final double-double at Mercer when he posted a career-high 24 points and 10 rebounds in the comeback win in Macon. That performance was the second consecutive game where Monsanto scored 24 points as he set the career high in scoring two days earlier at Wofford. Monsanto’s run of 20-point scoring games started on Jan. 23 in the home win over Furman where he tallied 22 points and eight rebounds, while also shooting 75 percent from beyond the arc (6-8) – only one of 11 Division I players to post that stat line this season.

Monsanto is also among the freshman leaders nationally as he’s tied for sixth in three-pointers made (47), tied for ninth in rebounds (7.3) and ranks 26th in points (268). The Buccaneer guard, the top scoring freshman in the SoCon, ranks sixth among all conference players in rebounding, 13th in threes made per game (2.0) and 15th in three-point percentage (.348).

Brewer has made at least one three-pointer in 21 straight games, while registering double figures in scoring in 18 of his 22 games played this season. The Meridian, Miss. native scored a season-high 30 points on 11-of-14 shooting (6-9 from three) in the 71-49 win over Wofford on Feb. 13 and generated a double-double (18 points/11 rebounds) in the 71-61 road win at UNCG on Jan. 2. In his first SoCon game, Brewer lived up to his preseason all-conference hype as he stuffed the stat sheet with 21 points, seven rebounds, seven steals and four assists against Western Carolina –  just one of four players this season to register those stats.