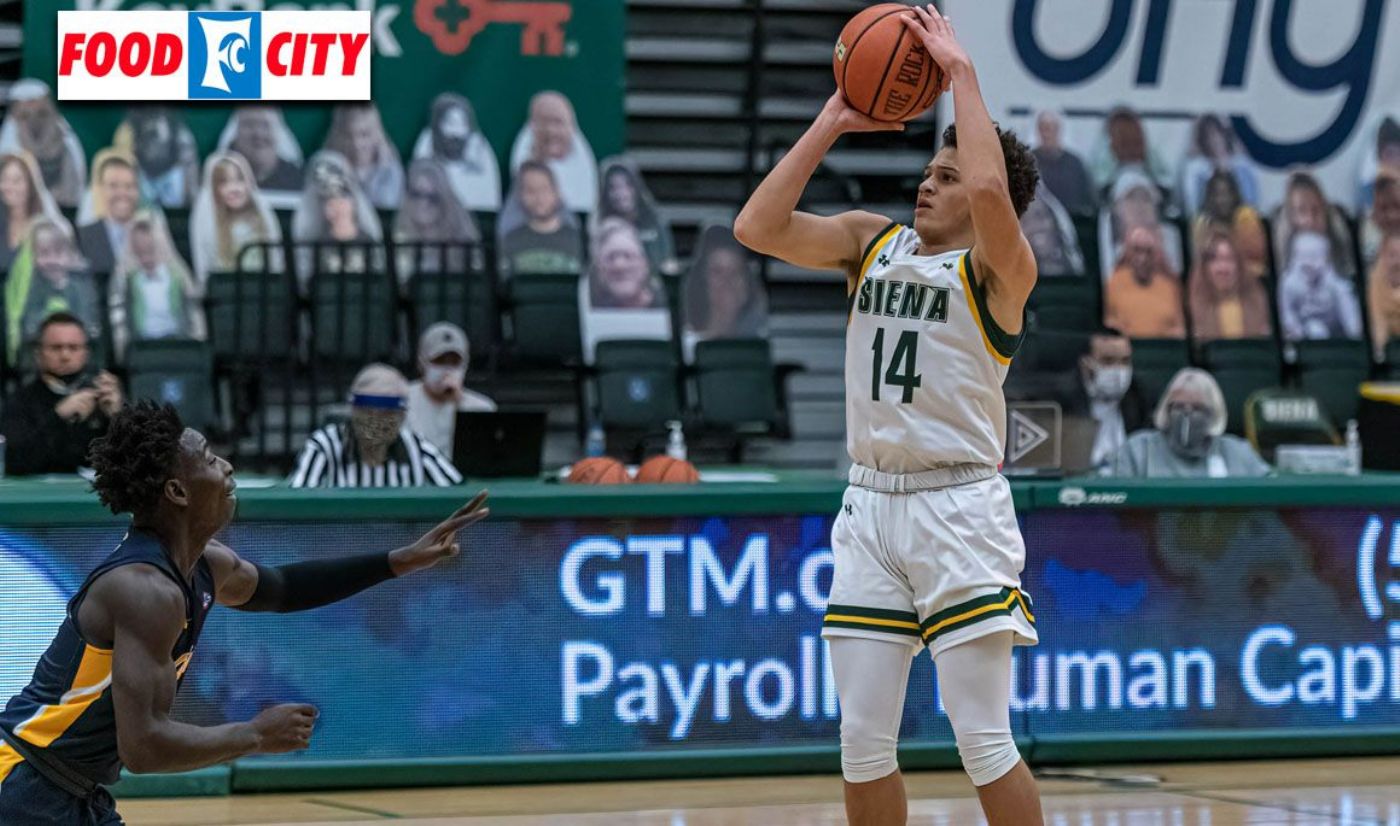 “We expect Jordan to make an immediate contribution to our program,” said Oliver. “Jordan has already shown he can play at this level. We are going to ask him to take his game to an even higher level.  Jordan has the unique skill set to play just as well off the ball as he does on the ball. I’m hoping he can bring some of that New York (Albany) cold weather toughness to our program!”

This past season, King was Siena’s third-leading scorer, averaging at 12.2 points per game, while he led the team with 31 made three-pointers. As a sophomore, King started all 17 games, scoring in double figures nine games with three 20-plus point performances. King scored a career high 22 points on 6-of-9 shooting (4-of-6 from three) with six assists against Rider on Jan. 16, while a day prior, the guard posted 21 points with a career-high five made threes versus the Broncs. King also scored 21 points with two assists and two steals on Jan. 22 against St. Peter’s.

As a freshman, King played in all 30 games, making two starts, while averaging 4.7 points in 18.1 minutes. King helped guide Siena to the MAAC regular season championship as he netted  12 points on 4-of-6 shooting in the clinching win over Monmouth on March 6. King ranked fifth in the MAAC in three-point shooting (.431) in conference-only games.

“I’m really excited to be a part of the ETSU family,” said King, who earned third team all-Metro Atlantic Athletic Conference (MAAC) honors this past season. “I’m ready to get down there and start working with my new teammates and coaching staff so we can bring home a championship this season.”