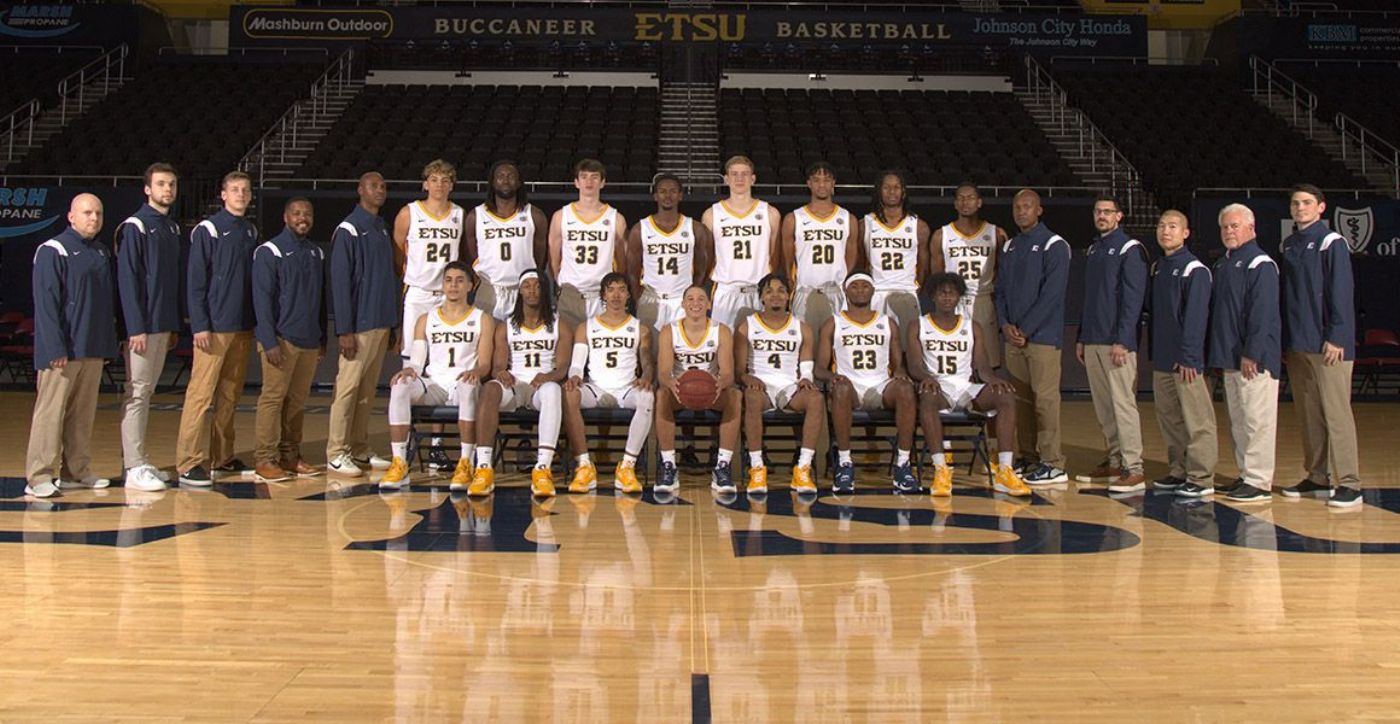 Following Thursday’s games, ETSU is one of six teams left to open the 2021-22 season, but all that will end on Friday night when the Buccaneers make the short trek to Boone to take on Appalachian State. Tip-off is set for 6:30 p.m. inside the Holmes Convocation Center.

ETSU is coming off a 91-58 exhibition win over Catawba last Friday night inside Freedom Hall.

Collectively, four Bucs scored in double figures, while ETSU made 33 field goals and drained 11 three-pointers in the 33-point win. For the game, the Blue and Gold shot 50 percent from the field and outrebounded the Indians by 30, 51-21, including pulling down 20 offensive boards. Catawba was held to a 33 percent shooting clip from the field and 33 percent from beyond the arc.

The offense was as consistent as it could be with the Bucs scoring 46 first-half points on 16 made field goals (six three-pointers), while putting up 45 in the final 20 minutes on 17 made field goals (five made threes).

Entering Friday, ETSU is one of six NCAA Division I teams who have not tipped off its season ... Joining the Bucs playing in their season openers on Friday are: Kent State (Xaiver), Baylor (Incarnate Word) and Marshall (Wright State) ... Georgetown opens Saturday versus Dartmouth at 2 p.m., and Notre Dame is the last team to play as they host Cal State Northridge at 7 p.m.

Friday marks the 103rd season opener of ETSU men’s basketball … Overall, the Bucs are 60-40 in the previous openers (please note, results are missing for the 1920- 21 and 1932-33 seasons) … The Bucs have reached the century mark in six of those openers, including five since the 1988-89 season – three of those times the Blue and Gold reached the NCAA Tournament.

Coach Oliver is one of 33 first-year NCAA Division I head coaches in 2021-22 ... He's the last one to make his debut this season with the 32 others combining to go 20-12 in their first game this season.

ETSU has four graduate players on its roster as Silas Adheke, David Sloan, Vonnie Patterson and Ledarrius Brewer all received their undergraduate degrees and are now taking graduate classes.

ETSU, who returns six players from last year’s team that advanced to the semifinals of the SoCon Tournament, was picked to finish third by the league coaches this season ... The media picked the Blue and Gold fifth ... Chattanooga and Furman were picked first and second by both the coaches and media, while Mercer and Wofford capped off the top five in the coaches poll ... The media had Wofford and Mercer third and fourth, respectively.

Friday’s game will be broadcast live on WXSM-AM 640 The Extreme Sports Monster, starting with Atmos Energy Pregame Show at 6 p.m. with “Voice of the Bucs” Jay Sandos provided the call … Click here for live audio.

Live stats will be available for Friday’s opener game via StatBroadcast. Click here to access the live stats feed.

Twitter updates will also be available by following @ETSU_MBB.

ETSU heads to Knoxville to take on No. 17 Tennessee Sunday at Noon inside Thompson-Boling Arena … The game will be televised on SEC Network.