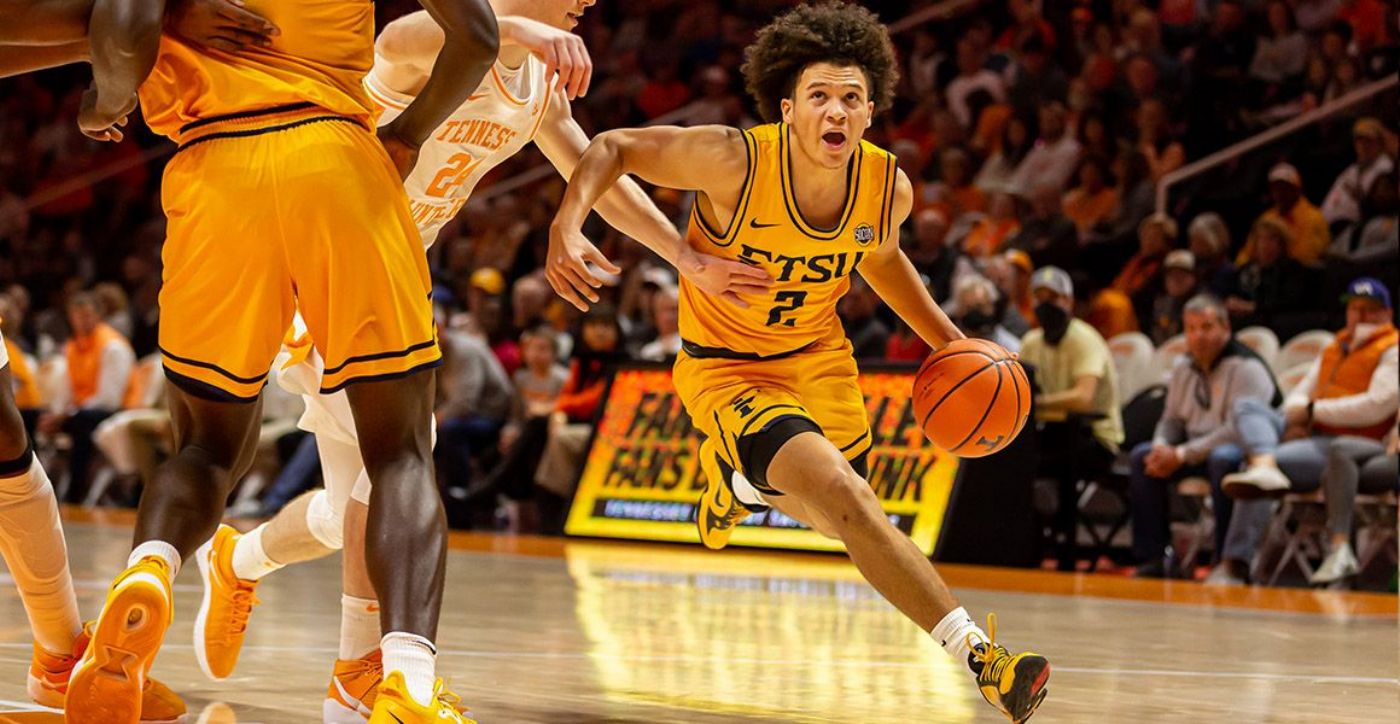 King, who went 8-of-15 from the field and 4-for-9 from beyond the arc, was one of three ETSU players to score in double figures as he posted his fourth career game with at least 20 points. David Sloan (Louisville, Ky.) added 12 points and Ledarrius Brewer (Meridian, Miss.) netted 11. With his two three-pointers, Brewer has made at least two triples in 51 career games.

The Bucs held their own with Tennessee for the first 10 minutes, but with the Blue and Gold only down six, ETSU hit a cold stretch and the Vols ended the half on their run to take a 46-23 lead into halftime.

Ledarrius Brewer opened the game by hitting the first shot with a three-pointer from the top of the key, while his second three of the contest came four minutes later, pulling ETSU within two at 13-11. The Vols then used a 13-2 run to go up by 13, but the Bucs battled and made it 26-20 when King hit his first three as a Buccaneer at the 9:39 mark. Unfortunately, that was the last ETSU field goal of the half as the Bucs were held to three free throws and Tennessee took the 23-point lead into the break.

ETSU dropped its first two games to start the season and now heads back to Johnson City to gear up for its home opener on Thursday night against USC Upstate. Tip-off is set for 7 p.m. inside Freedom Hall. Tennessee improved to 2-0 and has now won 17 of the 19 games in the series.