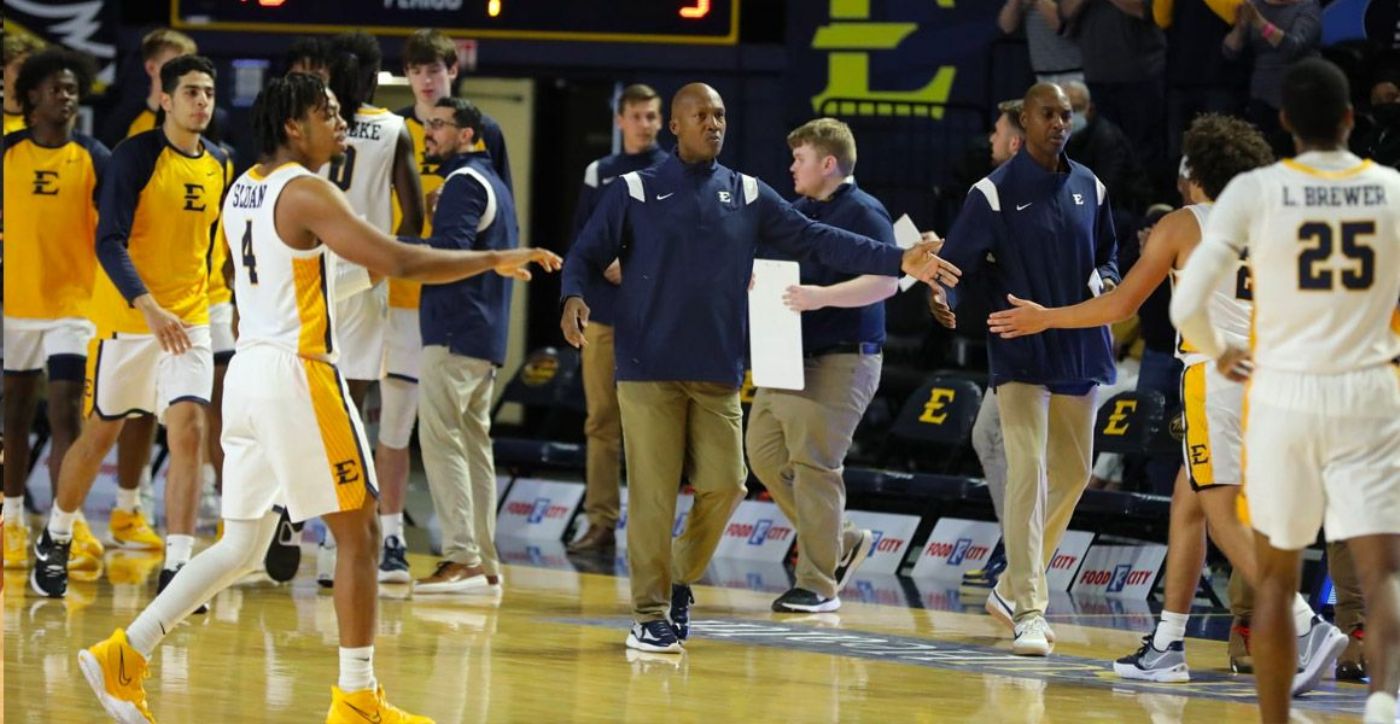 JOHNSON CITY, Tenn. (Nov. 17, 2021) – After opening the season with a pair of road games against 2021 NCAA Tournament teams, ETSU men’s basketball is set for its home opener when the Buccaneers host USC Upstate Thursday night inside Freedom Hall. Tip-off is set for 7 p.m.

Thursday is Fan Appreciation Night, presented by Food City, as fans will be treated to a postgame autograph session on the court. In addition, Chick-fil-A is giving away free coupons for a chicken sandwich.

BUCS SEARCHING FOR WIN NO. 1

ETSU has dropped its first two games to start the season and is looking to avoid its first three-game losing streak since Feb. 20-25, 2018 … The Bucs lost to The Citadel, Wofford and Furman during that stretch … Meanwhile, the Bucs haven’t started a season 0-3 since dropping four straight to open the 2013-14 season when ETSU lost to Charlotte, Morehead State, Western Kentucky and Winthrop.

As a team, ETSU ranks among the national leaders in free throw percentage (7th, 86.4), fewest fouls (38th, 30) and fewest turnovers (39th, 24) … David Sloan, who is a perfect 6-of-6 at the free throw line, is one of 59 Division I players who are perfect at the charity stripe this season.

ETSU heads to Florida for the Naples Invitational, which will be held Nov. 22-24 at the Community Schools of Naples … ETSU opens the tournament with Murray State on Nov. 22 at 5:30 p.m.