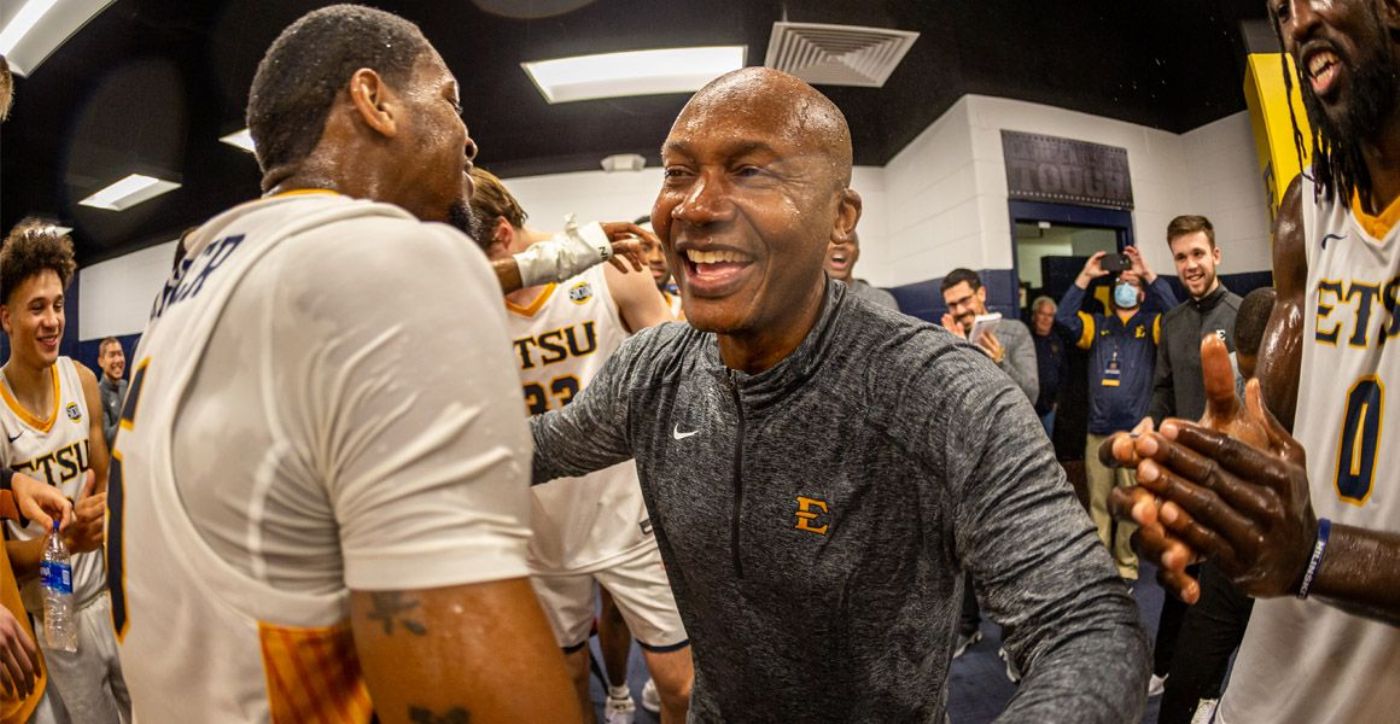 JOHNSON CITY, Tenn. (Nov. 18, 2021) – When Desmond Oliver was hired as the ETSU men’s basketball head coach back in April, he used the acronym “DRRE” to describe how he wanted his team to play.

The acronym stands for Defend, Rebound, Run and Execute.

Listen to the postgame interview with head coach Desmond Oliver and "Voice of the Bucs" Jay Sandos.

The early stages of the first half were tightly contested as neither team led by more than four points, but with the Spartans ahead 18-14 with 5:37 remaining before intermission, the Bucs locked in defensively to grab momentum.

ETSU held USC Upstate scoreless for the remainder of the half and took a four-point lead into the half, 22-18. The Bucs forced three turnovers and held the Spartans to five missed shots in that closing first-half stretch.

For the half, the teams each had eight made field goals, while combining for 62 shots, including the teams going 2-of-24 from three-point range.

In the second half, the Bucs saw their lead grow to 11 in the opening five minutes when Ty Brewer (Meridian, Miss.) grabbed an offensive rebound and laid one home, making it 32-21 with 14:58 remaining.

ETSU’s lead remained in double figures until the Spartans closed the gap to five, but again the Bucs clamped down defensively and scored 13 straight points to extend their lead to 18, 56-38, when Sloan hit King for a three at the 2:10 mark.

ETSU secured the double-digit win and drenched Coach Oliver with water in the Bucs’ locker room following the game.

The Bucs now gear up for three games in three days when ETSU heads to Florida for the Naples Invitational, starting Monday against Murray State at 5:30 p.m.