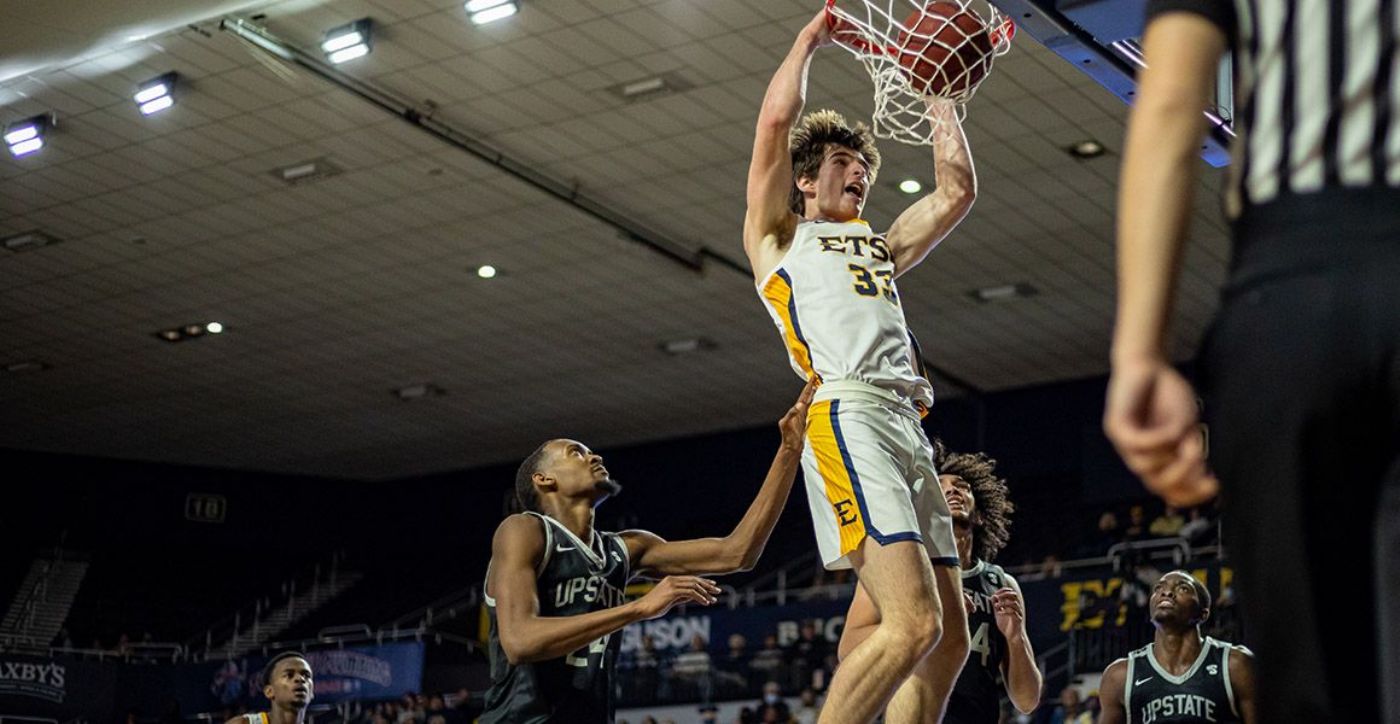 NAPLES, Fla. (Nov. 21, 2021) – Coming off its first win of the season, the ETSU men’s basketball team looks to carry momentum with them down to Florida. The Bucs will play three games in three days as the Blue and Gold gear up for the Naples Invitational, beginning Monday when ETSU takes on Murray State at 5:30 p.m.

ETSU is looking for its fifth preseason tournament title since the start of the 2016-17 season … In 2016, the Bucs won the Sanford Pentagon Showcase in South Dakota with wins over Milwaukee, South Dakota State and UC Irvine, followed by winning the 2018 Sun Bowl Classic (wins over Wyoming and Norfolk State) and Cayman Island Classic Mainland (wins over Chicago State and Sam Houston State), and the 2019 Maui Invitational Mainland (wins over Delaware State and Southern Utah).

Following the tournament, ETSU heads back to Johnson City where they host Lees-McRae Saturday at 4 p.m. inside Freedom Hall.