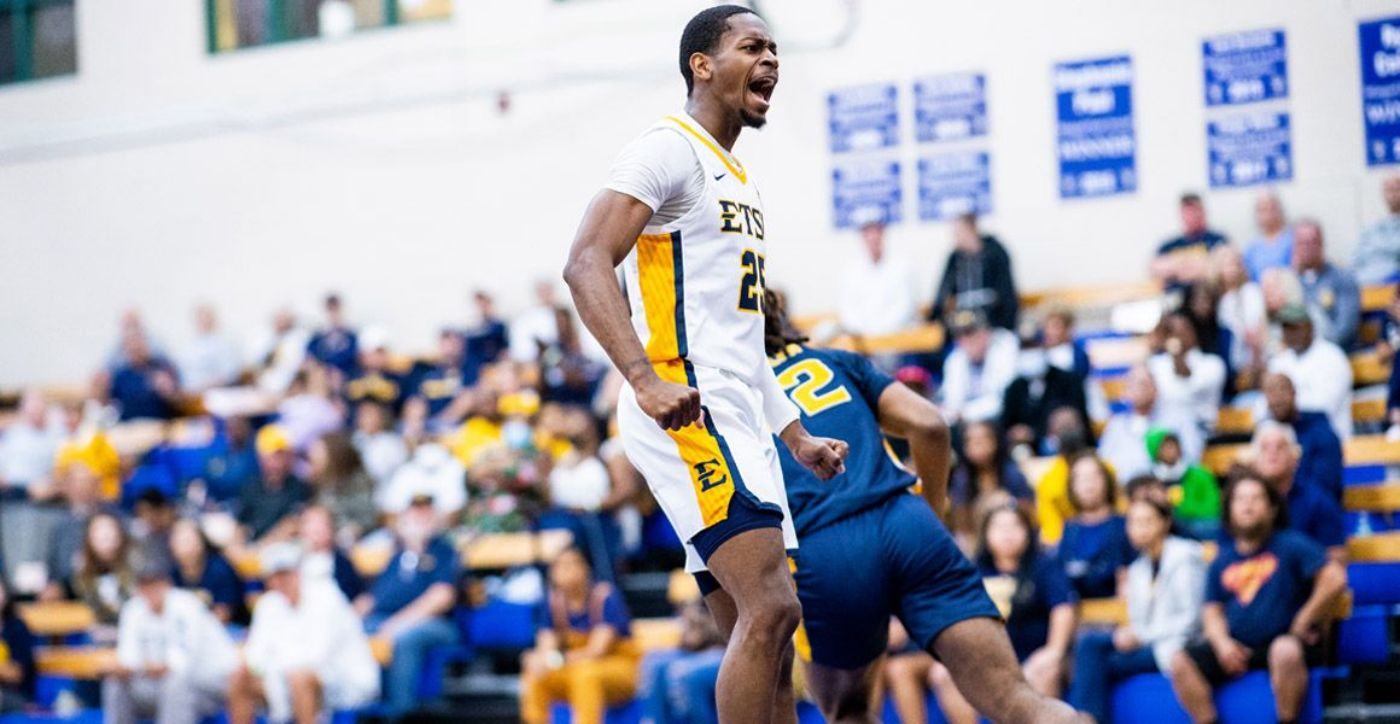 Monday was similar to the start of last Thursday’s USC Upstate game where neither team had much breathing room in the opening 20 minutes. The Bucs opened a seven-point lead in the first seven and a half minutes at 15-8, but Murray State used a 12-3 run to regain a 20-18 lead at the 9:21 mark.

The Bucs pulled back even at 23 – and after the Racers took a 24-23 with 5:45 remaining before the break – ETSU scored nine of the final 14 points to take a 32-29 lead into halftime. Mohab Yasser (Giza, Egypt) ended the half with an offensive rebound and laid one in at the buzzer.

ETSU never relinquished its lead in the second half and led 51-35 after King found Yaser in the corner for a three with just over 11 minutes left to play. The Bucs again pushed their lead to 16 when King assisted on a Sloan jumper, making it 53-37.

Murray State then used a 20-8 run to pull within four, 61-57 with 1:40 remaining, but the Bucs scored five of the last six points to close the game and secure the eight-point win. Sloan provided the dagger when he nailed a three with 1:11 left and he hit a pair of free throws down the stretch to put things on ice.