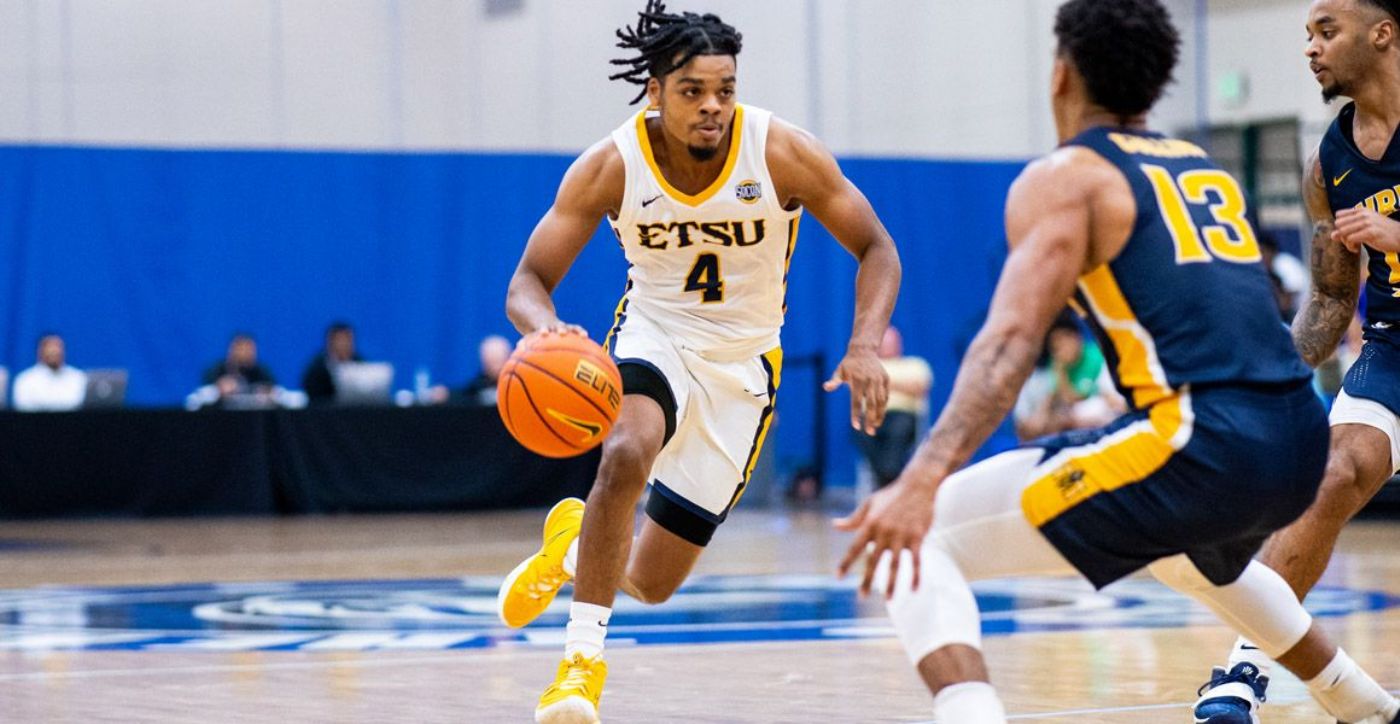 Sloan drained the game-winning bucket with 2.5 seconds remaining, while Ledarrius Brewer (Meridian, Miss.) stole the inbounds pass and heaved one towards the rim as time expired, lifting ETSU men’s basketball to a 77-76 victory over Missouri State in the semifinals of the Naples Invitational.

ETSU extended its win streak to three straight and improved to 3-2, while the Bucs advanced to take on Kent State in the championship game of the tournament on Wednesday night at 8 o’clock.

Listen to postgame comments by head coach Desmond Oliver with Voice of the Bucs Jay Sandos.

Listen to the game-winning call by "Voice of the Bucs" Jay Sandos.

The Bucs scored the first five points of the game and eventually led 26-18 following a free throw by Charlie Weber (Owings, Md.) at the 9:47 mark of the first half. ETSU, who used a 13-0 run to take the eight-point lead, saw Missouri State mount a 19-7 spurt over the next five minutes to go ahead, 37-33. Then, with the Bucs down 39-35 with three minutes left before the break, ETSU scored 10 of the final 14 points of the stanza to go into the locker room up 45-43, thanks to a deep buzzer-beating three by Ledarrius Brewer.

The second half was nip-and-tuck the entire way.

The Bucs took their largest lead of the half when King’s fourth three of the night made it a 56-52 score with 13:12 remaining.

With both teams throwing punches back-and-forth, Missouri State landed the next haymaker when Mosley hit a three to put the Bears up 72-68 with just under five minutes left to play.

From there, both teams and fanbases buckled up for a wild finishing stretch. Teams traded shot for shot in the final three minutes which featured the five lead changes.

But after the Bears went back up one on a jumper by Demarcus Sharp with 29 seconds left, the Bucs had the final possession. After calling a timeout with 8.9 seconds remaining, ETSU drew up the game-winning play as Sloan got to the free throw line and hit the jumper with 2.5 ticks showing on the clock. Missouri State had one final chance but Ledarrius Brewer stepped up and stole the ensuing inbounds pass and heaved the ball towards the rim to run out the clock, sending the Buccaneer faithful into pandemonium. The Bucs swarmed Sloan at midcourt and celebrated down the floor.

ETSU gears up for the championship game which is set for Wednesday at 8 p.m. when the Bucs take on Kent State.