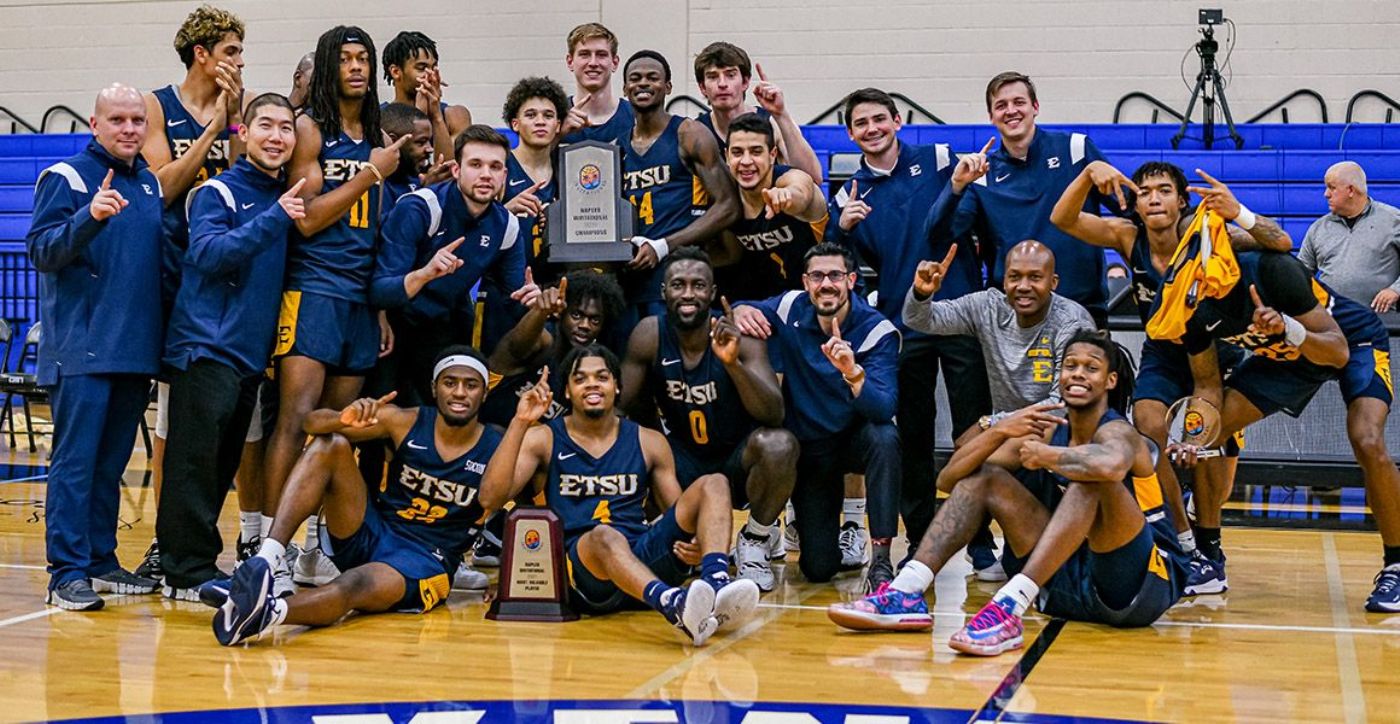 The Bucs saw a 19-point second half lead cut to two in the final minute, but Jordan King (Albany, N.Y.) stepped up with a clutch jumper with 45 seconds remaining and Charlie Weber (Owings, Md.) sealed it with a pair of free throws to give the Blue and Gold the tournament hardware.

For the fifth time since 2016-17, the Bucs won a preseason tournament as this trophy will join the 2016 Sanford Pentagon Showcase, 2018 Sun Bowl Classic, 2018 Cayman Island Classic Mainland and 2019 Maui Invitational Mainland.

ETSU, who won three games in three days to win the crown, extended its win streak to four straight and improved to 4-2 on the season.

After playing a tightly contested game in Tuesday’s semifinal, the Bucs led for nearly 38 minutes and never trailed during the contest. The game was tied at 0-0 and 2-2 before ETSU scored the next seven points to take a 9-2 advantage and never looked back.

ETSU got it done at the charity stripe where they went 11-of-15, compared to the Golden Flashes going 5-of-7.

The Blue and Gold won the battle on the boards, 38-28, and turned 14 offensive rebounds into 14 second-chance points.

Wednesday marked the Bucs’ first ever game versus Kent State, while ETSU improved to 7-1 all-time against current Mid-American Conference opponents.

Kent State, who defeated James Madison and George Washington to get to the title game, dropped to 3-2 on the campaign.

David Sloan (Louisville, Ky.) took home tournament MVP honors as he finished with 12 points, four rebounds, three assists and two steals on Wednesday. For the tournament, Sloan – who hit the game-winner Tuesday night against Missouri State – averaged 14.3 points, 3.3 assists and 3.0 rebounds, while shooting 57 percent (17-30) over the three games in Naples.

Jordan King (Albany, N.Y.) led the Bucs with 14 points on 5-of-7 shooting (2-for-3 from three), while Ledarrius Brewer (Meridian, Miss.) earned all-tournament team honors after averaging 12.7 points and four rebounds.

Charlie Weber was a perfect 5-of-5 at the free throw line to finish with seven points and pulled down four rebounds.

Listen to postgame comments from Jordan King and head coach Desmond Oliver with "Voice of the Bucs" Jay Sandos.

The Bucs never trailed as they opened the game on a 9-2 run and pushed their lead to 13, 19-6, when King sank a triple with 10:51 remaining in the first half. ETSU’s lead hovered around double digits for the next five minutes and took a 29-20 lead into the break.

Sloan and Ledarrius Brewer led the Bucs with seven points each in the opening 20 minutes, while the Bucs’ defense held Kent State to 1-of-9 shooting from beyond the arc.

ETSU sprinted out of the gates to start the second half as they mounted a 14-4 run to see its load soar to 19, thanks to a Sloan jumper at the 14:44 mark, making it 43-24. The Bucs weren’t able to push the margin to 20 and the Golden Flashes fought back.

With the Bucs leading 48-37 with just under nine minutes to play, ETSU was held scoreless for over five minutes and Kent State cut the deficit to four, 48-44. Weber finally stopped the bleeding with a jumper in the paint and converted the old-fashioned three-point-play at the 3:11 mark, making it 51-44. Kent State made one last charge as they pulled within two with just over a minute remaining, but King and Weber stepped up in the final seconds to secure the tournament championship.