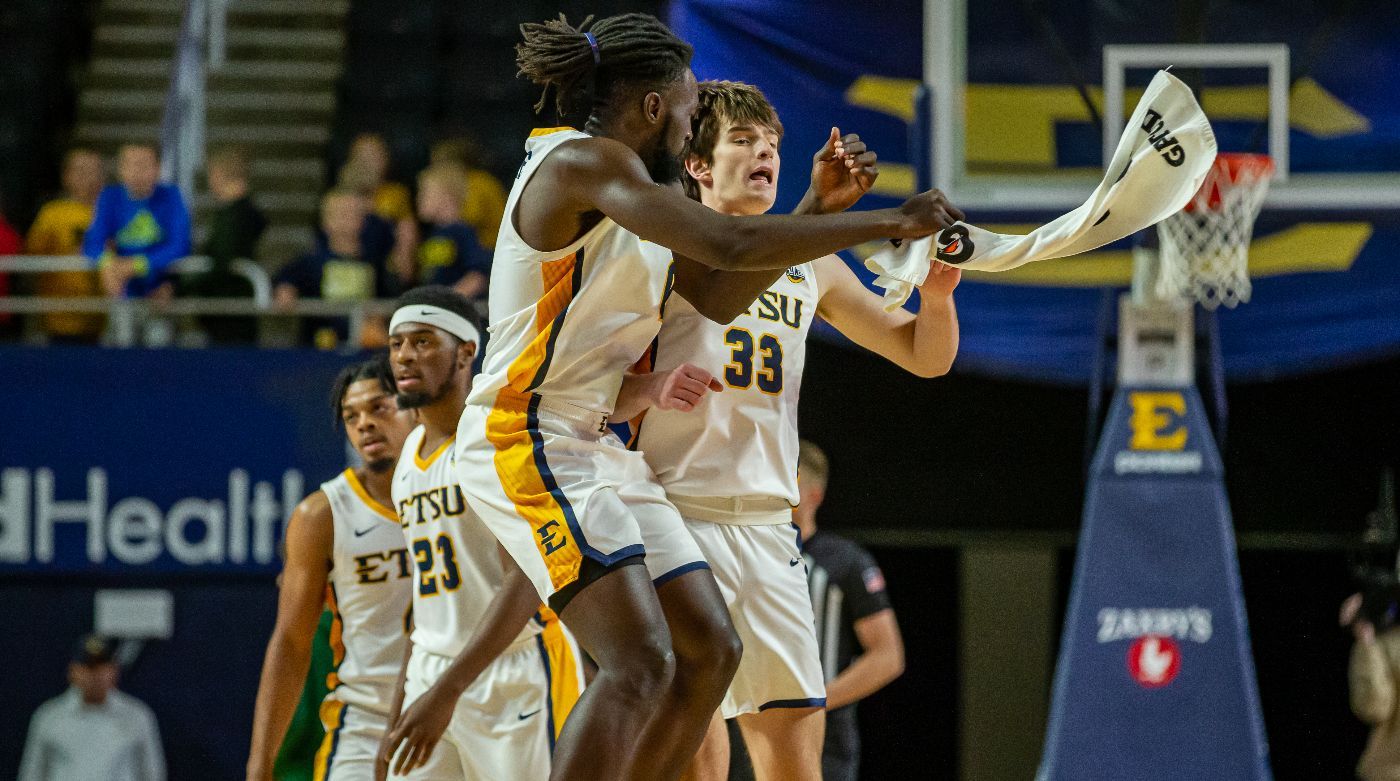 The Bucs, who scored 53 second-half points, used a 19-2 run to erase a five-point deficit and go ahead 62-50 with just under 11 minutes remaining. Eventually, ETSU’s lead grew to 20 as the Bucs secured their seventh straight win in the series.

Both teams got off to sluggish starts as ETSU led 5-0 four minutes in. However, after the Bobcats pulled within two near the midway point of the half, the Bucs rattled off 10 unanswered points to go up 12, 24-12, when Weber fed Ledarrius Brewer for his lone three-pointer of the day with just under nine minutes left before intermission.

The Buccaneer lead didn’t last long as Lees-McRae responded with a 17-4 run to take its first lead of the game at 29-28, but ETSU closed the final five minutes scoring 11 of the final 15 points to take a 39-33 lead into the locker room.

Out the break ETSU pushed its lead to eight, but again, the Bobcats didn’t back down.

The Bucs were then forced to press and the moved worked as they went on their 19-2 run to take command at 62-50 with 10:57 left to play. The Bobcats were able to get back within single digits on six different possessions, but they closest they would get was eight.

With ETSU leading by nine with four and a half minutes left, the Bucs threw the final run at the visitors from Banner Elk, N.C. The Blue and Gold scored eight straight points to see their lead balloon to 17, 86-69, after Weber sank a pair of free throws with 1:38 showing on the clock. The Bucs led by as many as 20 on a lay-up by Yasser in the closing seconds and secured their fourth win in six days.