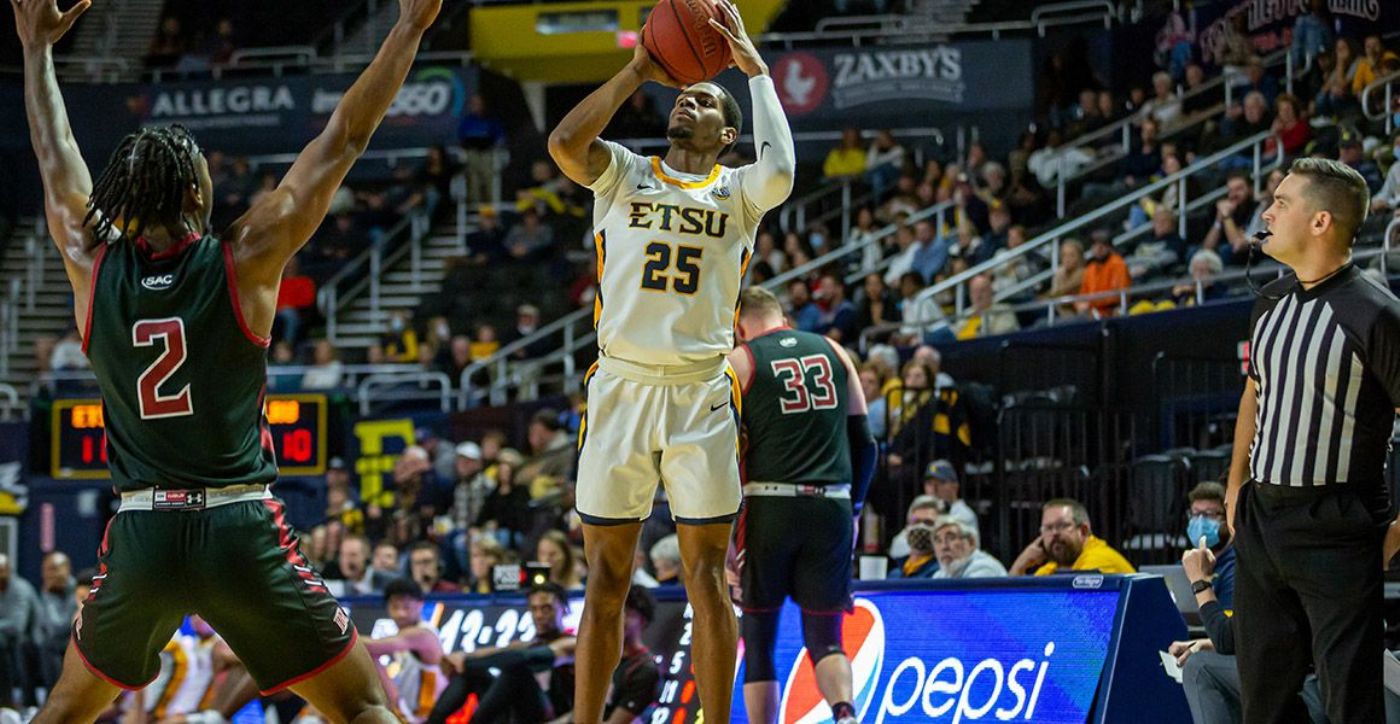 The Bucs scored the first seven points of the night and never trailed during the contest. Lenoir-Rhyne got to within a point at 11-10, but ETSU rattled off six straight scores to go back up seven. From there, the Bears cut the deficit to four, but the Bucs then took command with a 16-4 surge to go ahead, 39-23, following a Ledarrius Brewer triple with just over five minutes left before intermission.

ETSU took a 16-point lead into the break and only saw its lead cut to 14 in the final 20 minutes. A three-pointer by Weber saw the Bucs push the margin to 21 early on in the frame and the lead hovered there for the next 11 minutes until Lenoir-Rhyne made it 74-58 with 5:21 showing on the clock. The Bucs answered when Sloan found Charles for a three on the next trip down, while ETSU pushed its lead to 26 on two different occasions to secure the victory.