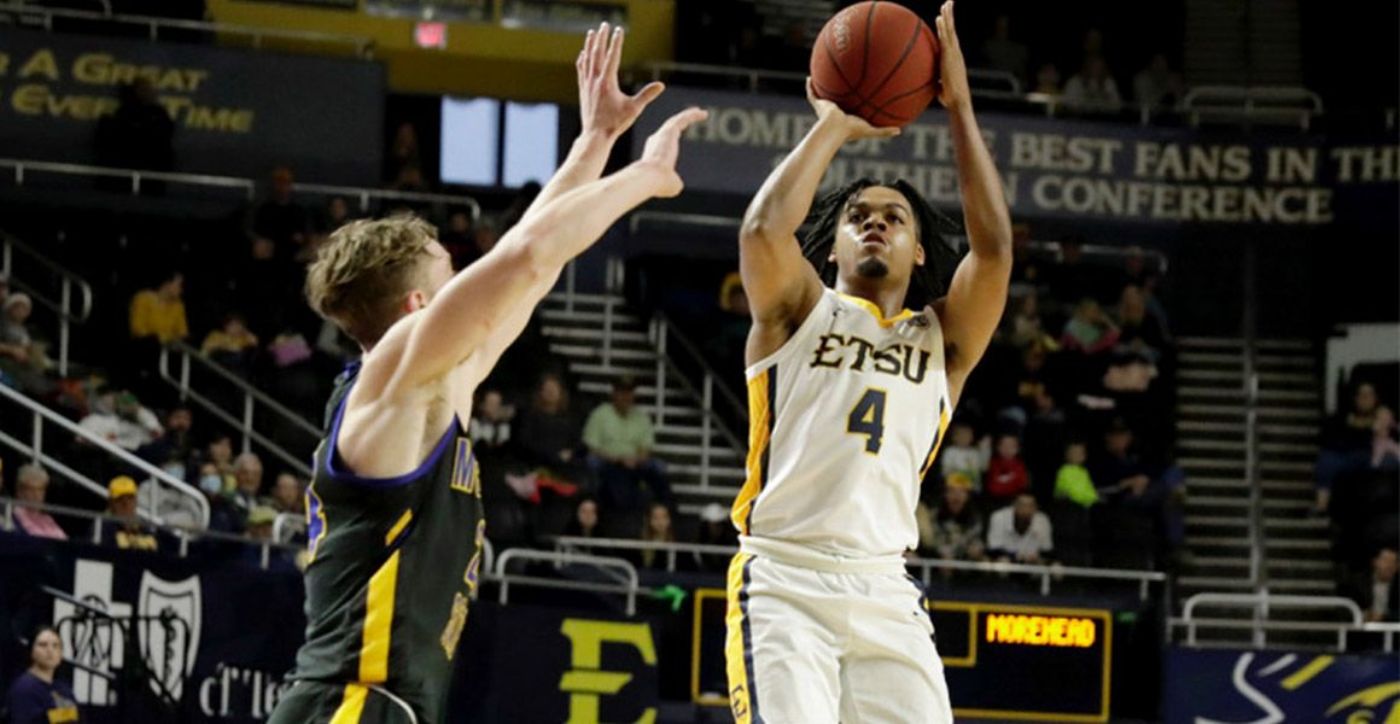 JOHNSON CITY, Tenn. (Dec. 11, 2021) – Just when Morehead State thought they were going to mount a comeback run, the Buccaneers said, “Not in our house!”

Morehead State grabbed control early as they jumped out to a 24-13 lead following a three-pointer with 11:02 left in the half, but the Bucs quickly answered with a 17-4 run over the next five minutes and 12 seconds to take their first lead of the game, 30-28, thanks to a step back three by Sloan at the 5:50 mark. During the surge, ETSU was 7-of-9 from the field and five different players scored to spark the comeback.

The final six minutes of the half went back-and-forth.

The Eagles responded with an 11-2 run to go back up seven with a minute and half left. However, ETSU scored seven of the last nine points, including the last five – a three by King – and Yasser, who assisted on that triple, ended the half with a steal and score at the buzzer making it a two-point deficit, 41-39.

ETSU carried the energy out into the second half as they scored the first four points to go back ahead by two, and they would never trail the remainder of the night.

Morehead State pulled even at 43, but the Bucs extended their lead to seven, 54-47, when Weber grabbed an offensive rebound and laid one in with 14:02 left. The Eagles scored the next five points to cut the gap back to two, but again, ETSU answered.

Then, with the Bucs ahead 65-60, Morehead State rattled off five straight scores to tie it at 65, but with the Eagles' bench fired up and feeling confident, ETSU landed the knockout punch.

The Blue and Gold scored eight straight points over the next two minutes, including back-to-back threes by Sloan coming off Morehead State turnovers, making it 73-65 with 5:02 showing the clock. Morehead State was left feeling stunned and had to burn a 30-second timeout. The Eagles pulled within five points three different possessions, but ETSU answered each time to secure a critical non-conference home win.

ETSU wraps up its three-game homestand Tuesday night when the Bucs host North Carolina A&T at 7 p.m. inside Freedom Hall.