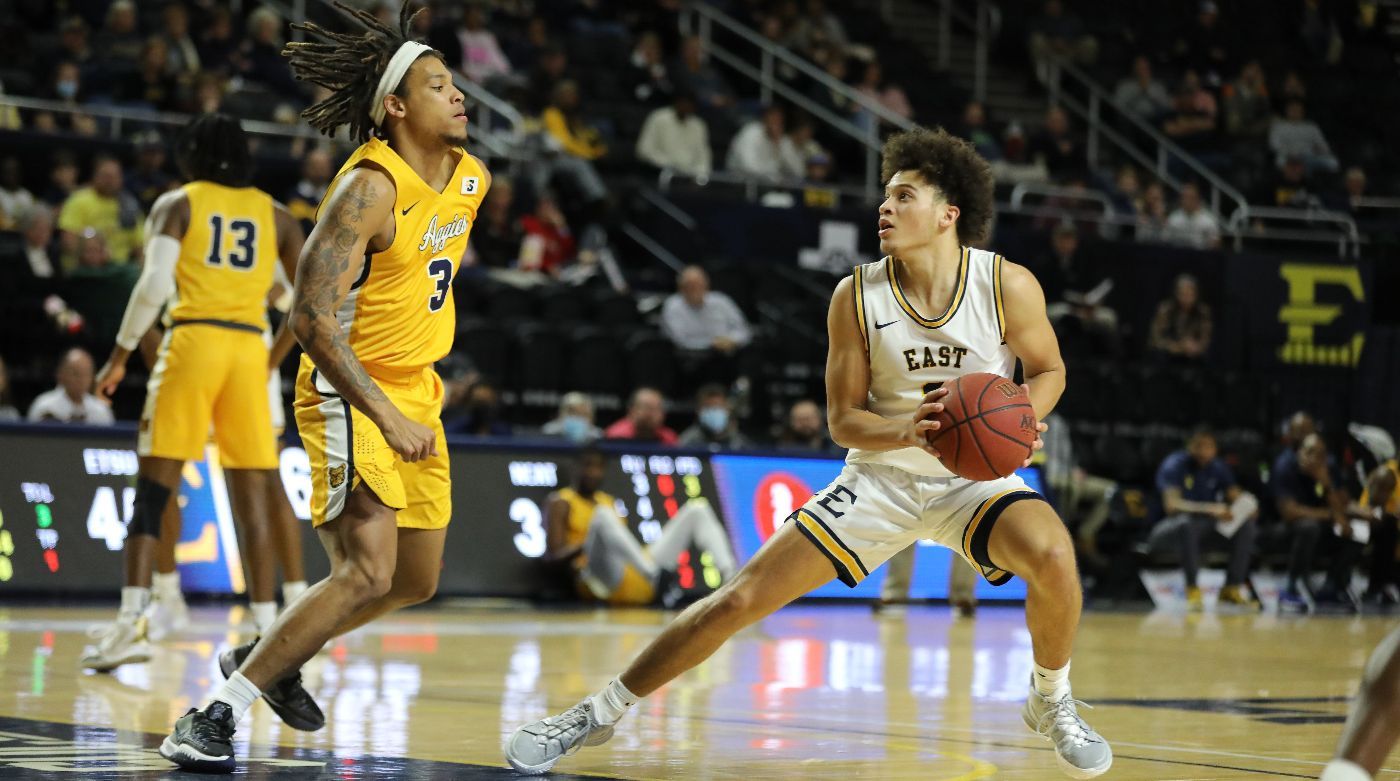 The ETSU men’s basketball team learned that the hard way Tuesday night as the Bucs squandered a 13-point first half lead en route to suffering a 69-67 setback to North Carolina A&T inside Freedom Hall.

In a tightly contested game late, the Aggies scored the game-winning bucket on Tyler Maye’s back door layup with 7.2 seconds remaining. After getting to half court with 4.4 seconds left and calling timeout, Ty Brewer’s (Meridian, Miss.) turnaround, fadeaway jumper was off the mark and North Carolina A&T secured its first road win of the season.

The Bucs stormed out of the gates early as they assisted on their first six shots – four of which were dunks – and led 14-6 in the opening three and a half minutes. ETSU’s lead eventually grew to 13 when Mohab Yasser (Giza, Egypt) assisted on a Jordan King three, making it 37-24 with three minutes left before the break. Unfortunately, the Bucs went scoreless for the final 2:44 and the Aggies finished on a 7-0 run to make it 37-31 at the half.

ETSU pushed its lead back to nine in the first two-plus minutes of the second half, but another cold stretch set in and North Carolina A&T mounted a 12-0 run to take a 48-45 lead with just under 12 minutes to play.

However, that marked ETSU’s last points as the Bucs missed their final three shots and the Aggies scored four straight to end the contest and closed out the victory.