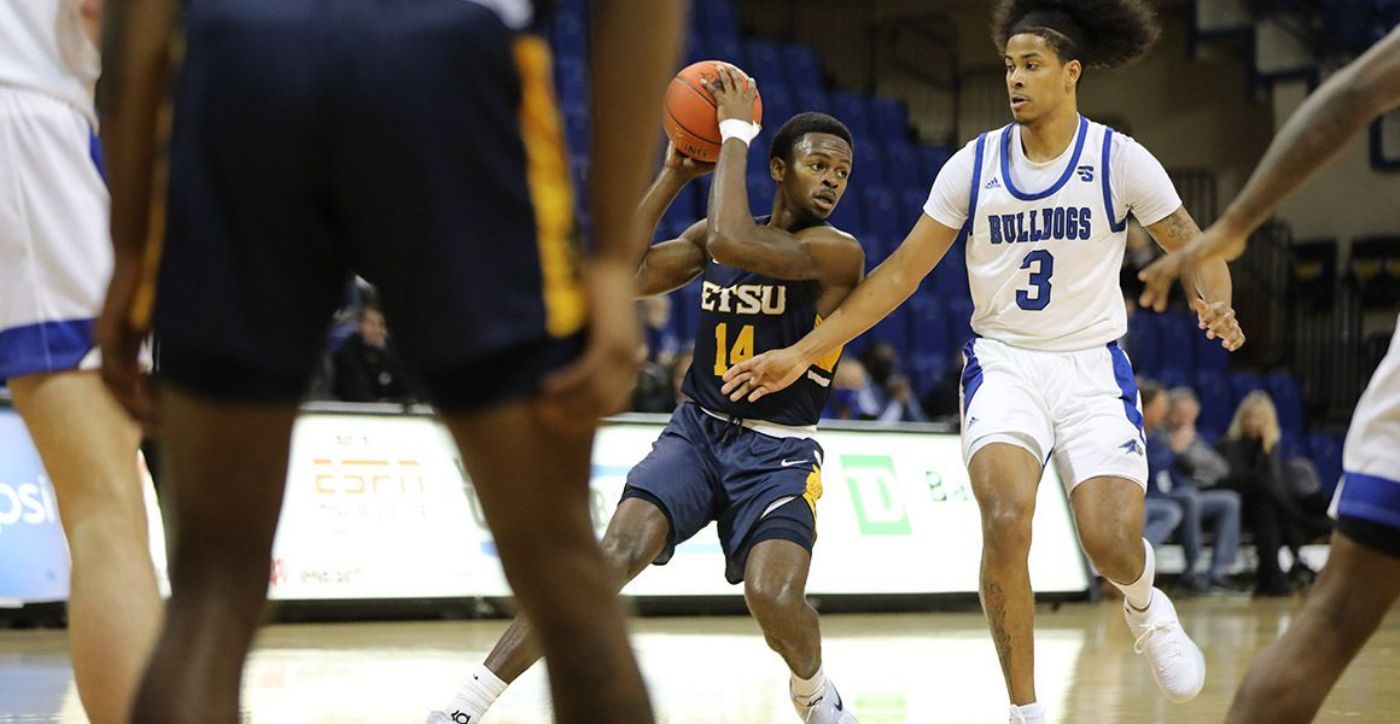 ASHEVILLE, N.C. (Dec. 18, 2021) – Ty Brewer (Meridian, Miss.) scored a season-high 23 points, but the ETSU men’s basketball team didn’t have an answer for Drew Pember or UNC Asheville’s three-point shooting, as the Buccaneers were dealt a 79-64 setback on Saturday afternoon inside Kimmel Arena.

The Bucs got off to a sluggish start but scored the last six points of the half to go into the break down nine, 36-27. UNCA opened on its 15-2 run before ETSU could get within six when Ty Brewer converted the old-fashioned three-point-play, making it 21-15 with 9:33 remaining. The Bucs were unable to inch any closer as the Bulldogs pushed their margin to 15 before the Brewer brothers combined for ETSU’s last 10 points of the half, including Ty scoring the last four to get within single digits.

ETSU made a run at the Bulldogs early in the second half as they scored eight of the first 11 points to make it a four-point deficit, 39-35, following a three by Jaden Seymour (Charlotte, N.C.).

However, that’s as close as the Bucs got.

UNCA mounted an 8-0 run after Seymour’s second triple of the year, pushing its margin back into double figures, 47-35 with 14:45 remaining. The closest ETSU was able to get was seven when King hit a three, moving the scoreboard to 56-49 with just under 10 minutes left in the contest. Ty Brewer did his best to keep the Blue and Gold in the contest, but the Bucs didn’t have an answer for Pember and the Bulldogs as ETSU suffered its second straight setback.

ETSU heads to Athens on Wednesday night to take on Georgia at 7 p.m.