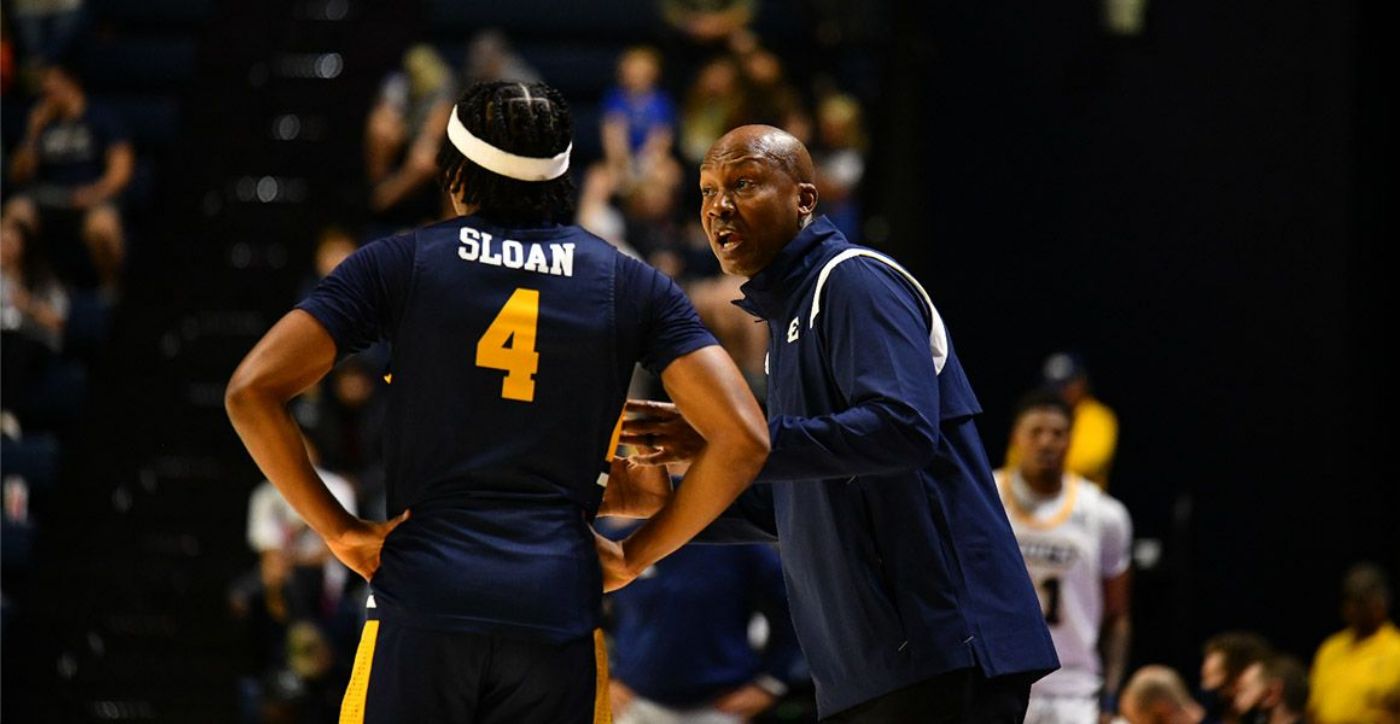 Coming off a road win at Georgia, the Buccaneers were unable to carry momentum with them into conference play, as ETSU was dealt an 82-52 loss at preseason league favorite Chattanooga on Thursday night inside McKenzie Arena.

Playing in front of a national audience on ESPNU, the Bucs saw four Mocs score in double figures, including SoCon scoring leader Malachi Smith netting a game-high 17 points. Kansas transfer Silvio DeSousa added 13 points and 13 rebounds, while A.J. Caldwell and David Jean-Baptiste each pitched in with 11.

The Bucs were led by Ty Brewer (Meridian, Miss.) as he logged 15 points and five rebounds. Jordan King (Albany, N.Y.) finished with 10 and Jaden Seymour (Charlotte, N.C.) scored a career-high 11 points on 7-of-7 at the free throw line.

In a game that featured three ties and seven lead changes early, ETSU led 12-11 before Chattanooga scored 11 straight points to take the lead the for good at 22-12 with 10 minutes left in the first half. The Bucs clipped the deficit to four but never got closer as the Mocs took a 43-30 lead into the break.

In the second half, the Mocs’ lead never dipped below double figures and pushed it into the 20s when DeSousa’s second-chance effort made it 64-43 with 11:30 remaining. Chattanooga led by as many as 31 to secure the conference opening victory.

Rebounding was a big storyline on Thursday as Chattanooga finished plus-21, 47-26, and converted 18 offensive boards into 18 second-chance points. The Mocs shot 49 percent from the field (32-66) and went 9-of-27 from three-point range.

ETSU was held to a 36 percent shooting clip (18-50) and went 5-of-18 from beyond the arc. Ty Brewer accounted for three of the long distance makes and David Sloan (Louisville, Ky.) added the other two makes. The Bucs tallied just four assists on the night, compared to the Mocs dishing out 16.

With Saturday’s game being postponed due to COVID protocols inside the Western Carolina program, the Bucs return to action Wednesday, Jan. 5 when they host VMI at 7 p.m. inside Freedom Hall.