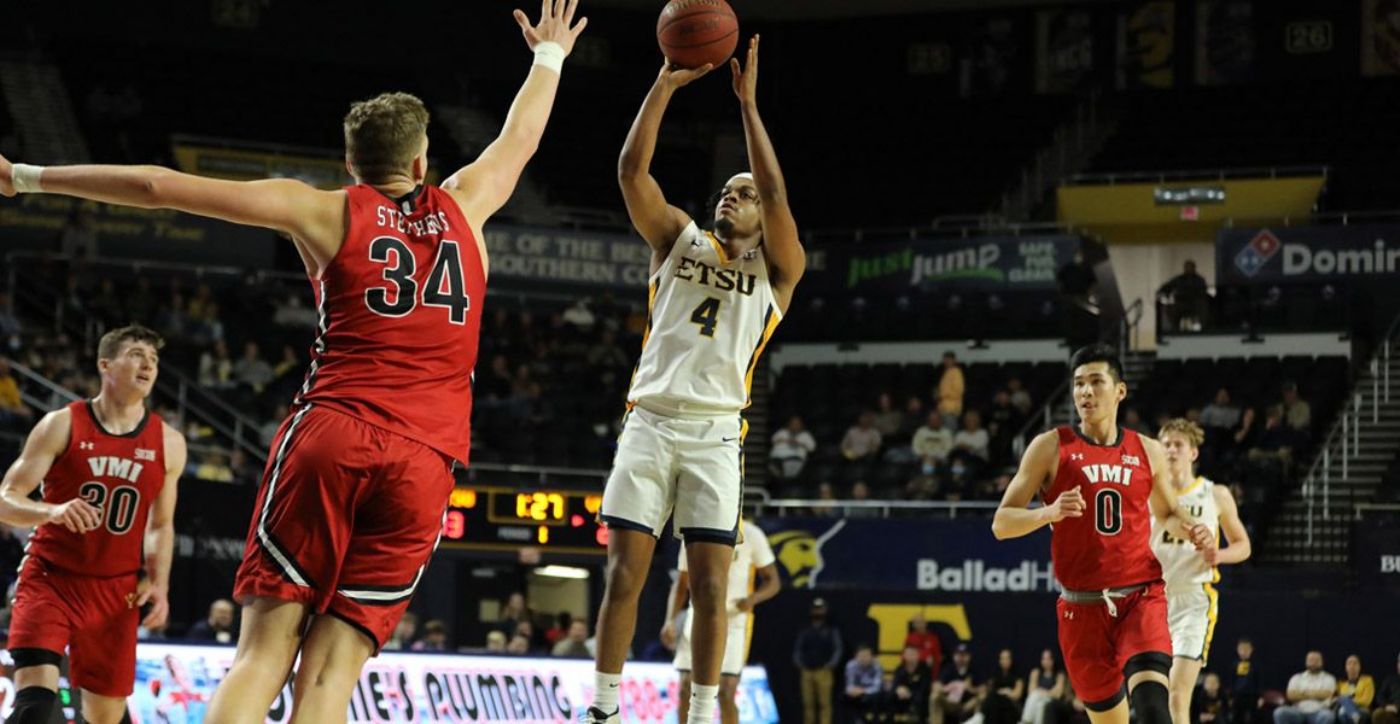 VMI opened the game scoring the first five points, but the Bucs came alive with a 17-3 run over the next three-plus minutes to go ahead 17-8 following a fastbreak three by Ledarrius Brewer at the 14:07 mark. Two minutes later Brewer netted another triple to push ETSU’s lead into double digits, 20-10, but the Keydets responded. VMI scored 12 of the next 18 points to pull within four, but the Bucs closed the final six minutes and thirty-three seconds on a 21-8 surge to take a 47-30 lead into the break.

The Keydets were held to 4-of-23 shooting from beyond the arc, while ETSU was 8-of-22. Brewer led all players with his 19 points and King added 10 in the opening 20 minutes. The Bucs also outscored VMI 12-0 in points off turnovers in the opening half.

In the second half, ETSU’s lead hovered around double figures for the first eight and a half minutes, but with the Bucs up 61-50, VMI threw another run at the Blue and Gold.

The Keydets used a 13-2 run to pull even at 63 with just under eight and a half minutes left in the contest.

Following the VMI three to tie things up for the second time of the night, ETSU answered when Sloan hit Yasser for a triple, putting the Bucs back ahead, 66-63 with 8:04 showing on the clock.

ETSU never trailed after that bucket and the Bucs eventually pushed their lead to seven when Vonnie Patterson (Louisville, Ky.) found King open beyond the arc, giving the Blue and Gold a 76-69 advantage with 3:20 left to play.

The Keydets then scored the next five points to get back within two, and had the ball for a chance to take the lead on two different possessions, but came up empty on back-to-back three-point attempts. Sloan then took over as he drove for a lay-up to push the lead to four with under a minute to play and then knocked down a pair of free throws in the closing seconds to solidify the conference win.

ETSU continues its homestand on Saturday afternoon when the Bucs host Wofford at 4 p.m. inside Freedom Hall.