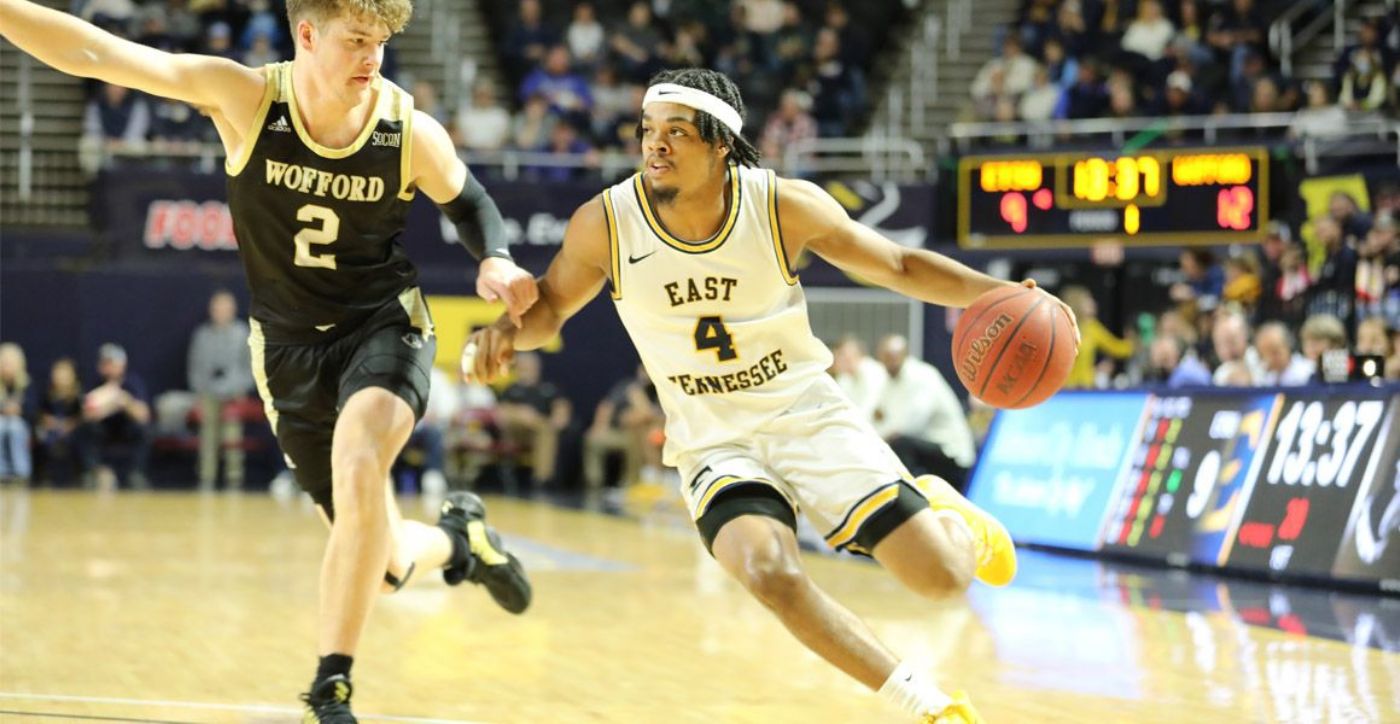 JOHNSON CITY, Tenn. (Jan. 8, 2022) – Looking to string together back-to-back Southern Conference wins, the ETSU men’s basketball team was doomed by a lack of rebounding and turnovers as the Buccaneers suffered a 68-57 home loss to Wofford on Saturday evening inside Freedom Hall.

After grabbing 50 rebounds, including 21 on the offensive end in Wednesday’s win over VMI, the Bucs were outrebounded by nine (36-27) and saw Wofford convert 11 offensive rebounds into 21 second-chance points. ETSU was held to two offensive rebounds (one second chance point), while 16 turnovers resulted into 23 Terrier points. The Blue and Gold were only able to cash 12 Wofford turnovers into four points.

The first half was tightly contested as there were six ties and six lead changes with neither team led by more than six points. ETSU’s largest lead was 14-12 when Sloan hit a floating jumper in the paint at the 12:24 mark. The Terriers then used an 11-3 run to grab their largest advantage of the half at 23-17 with 9:32 left before the break. The Bucs were able to pull even at 27 thanks to Jordan King (Albany, N.Y.) assisting on a Sloan three-pointer with just under six minutes left; however, the teams then combined for only seven points in the final 5:58 with Wofford taking a 32-29 lead into intermission.

In the second half, ETSU tied the game on three different possessions, but with the game tied at 41, Wofford used a 14-3 surge to break the game open and went ahead 55-44 with less than nine minutes left to play. The Bucs were only able to cut the deficit to eight and the Terriers came away with their first conference win of the season.

Wofford was led by B.J. Mack as he scored 22 points and grabbed seven rebounds, while Isaiah Bigelow came off the bench to add 12 points and nine boards.