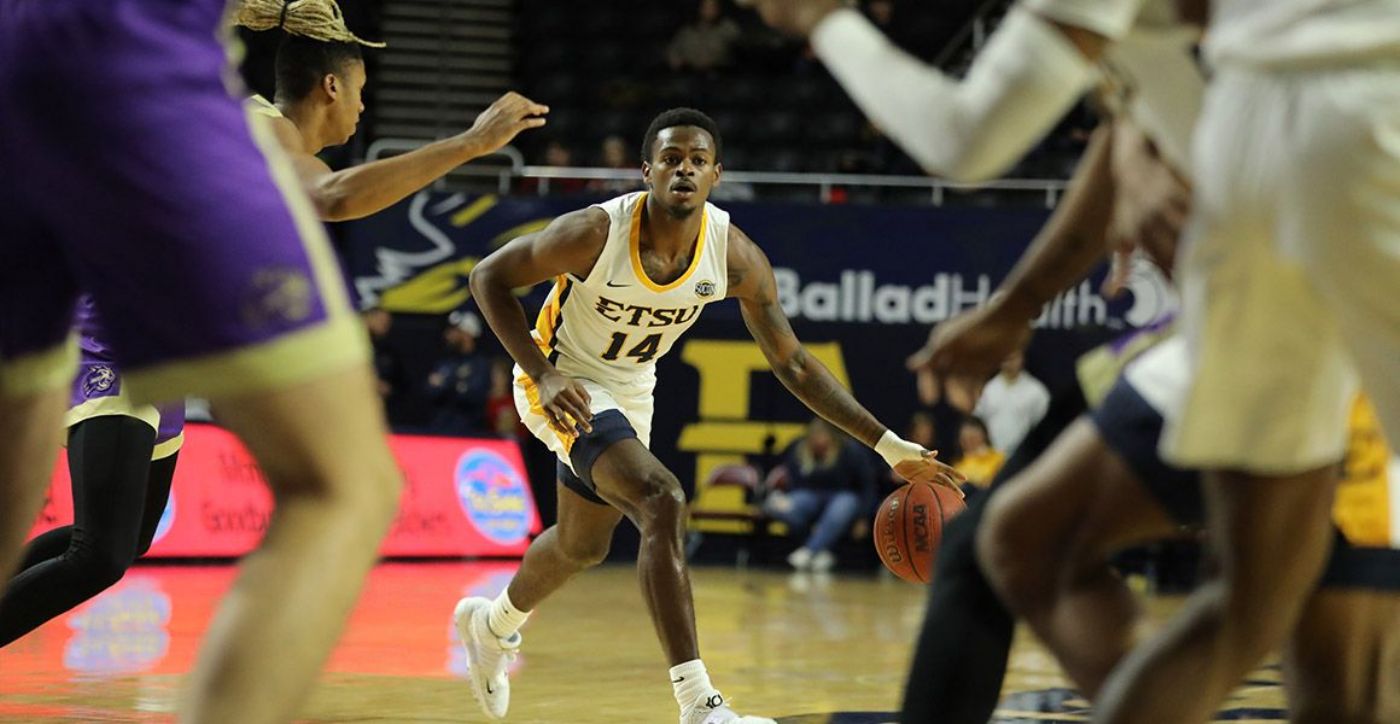 GREENVILLE, S.C. (Jan. 12, 2022) – For the majority of the night it looked like the Buccaneers were going to erase their demons inside Timmons Arena.

Leading for 31 minutes and up three with less than six minutes to play, ETSU surrendered a 15-3 closing run by the Paladins, and Furman rallied for a 78-69 win on Wednesday night in Greenville, S.C.

The Bucs never trailed in the opening 20 minutes and led 39-35 at the break.

ETSU opened up scoring the first four points – a lay-up by Sloan followed by a powerful dunk by Jaden Seymour (Charlotte, N.C.) – and the Bucs eventually pushed their lead to seven when the Brewer brothers shared the ball as Ledarrius found Ty for a score off a Paladin turnover, making it 13-6 just over five minutes in.

The Bucs then grabbed a pair of 10-point leads at 27-17 and 32-22, but Furman scored 10 unanswered to pull even at 32 with 3:13 left in the half. ETSU bounced back with seven straight scores to go up seven, but was unable to add to its lead as Charlie Weber (Owings, Md.) missed the front-end of a 1-and-1 with 26 seconds left. From there, Garrett Hien got several friendly bounces from the rim as he sank a three-pointer from the top of the key at the buzzer, cutting the Paladins’ deficit to four.

The final six-point advantage was 57-51 following a jumper by Yasser with 9:25 remaining, but then the Bucs went cold. ETSU missed 11 of its last 16 shots and Furman made eight of its last 12 to spark the run.

The Bucs last led 66-63 when Sloan connected on a shot in the paint with 5:39 showing on the clock, but the Paladins then mounted their 15-3 surge down the stretch to fuel the comeback.

Sloan tied it 69 when he made a contested three with just under three to play, while ETSU looked to have regained a three-point lead when Ledarrius Brewer hit a corner three; however, he was whistled for stepping out of bounds prior to the shot. Furman then scored the last nine points handing the Bucs a heartbreaking setback.

The Bucs wrap up the road swing Saturday afternoon when ETSU heads to Birmingham to take on Samford at 3 p.m. ET.