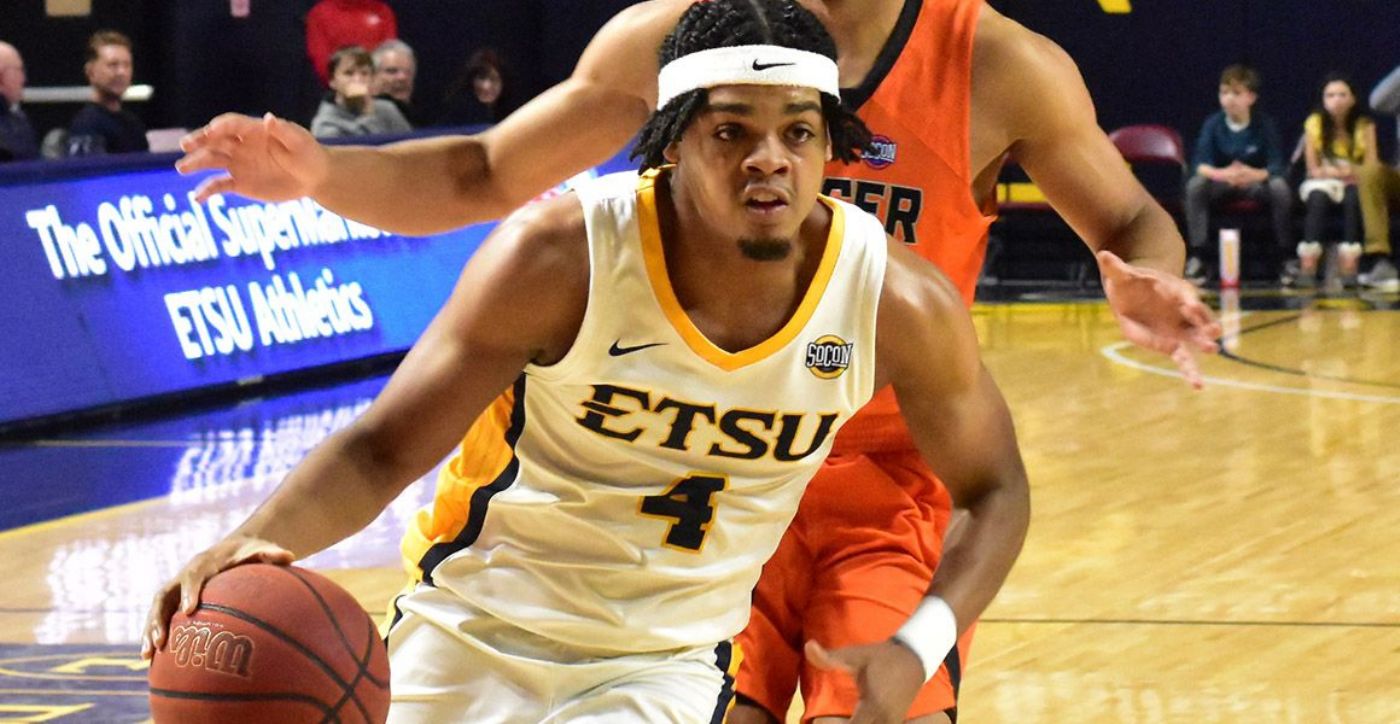 Down by three with less than five minutes to play, the Buccaneers made their last six shots, which included a closing 15-4 surge, to rally past Mercer, 72-64, on Wednesday night inside Freedom Hall.

Listen to postgame comments from head coach Desmond Oliver, and guards David Sloan and Ledarrius Brewer with Voice of the Bucs Jay Sandos.

The first half was controlled by Mercer as they led for 16 minutes with ETSU’s advantage coming at 17-16 following a Sloan jumper with 9:05 left in the frame. From there, the Bears scored 12 of the next 16 points to go ahead by seven, 28-21, with just under five minutes remaining before intermission. ETSU clipped the deficit to two in the closing seconds but Mercer took a four-point lead into the locker room, 32-28.

Mercer started the second half extending its lead to seven and led 42-36 following a Felipe Haase lay-up with 14:09 left in the contest.

Sloan’s hot hand kept ETSU in the contest, and then trailing by three with 4:51 remaining, the Bucs didn’t miss and the comeback began.

After scoring 13 straight points for the Blue and Gold, Sloan assisted on Ledarrius Brewer’s back-to-back threes, putting ETSU ahead, 63-60 with 2:18 left. The lead continued to grow when Ty Brewer took the ball away from Jordan Jones on the ensuing possession, resulting in a powerful dunk, bringing the over 3,200 Buccaneer faithful to their feet.

Mercer never responded and Jaden Seymour (Charlotte, N.C.) provided the exclamation mark when he drove from mid-court straight to the rim for a dunk of his own, making it 69-62 with just under a minute remaining. In total, the Bucs’ 15-4 closing run solidified the key win to kick off the homestand.

ETSU takes on The Citadel on Saturday evening at 4 p.m. inside Freedom Hall.