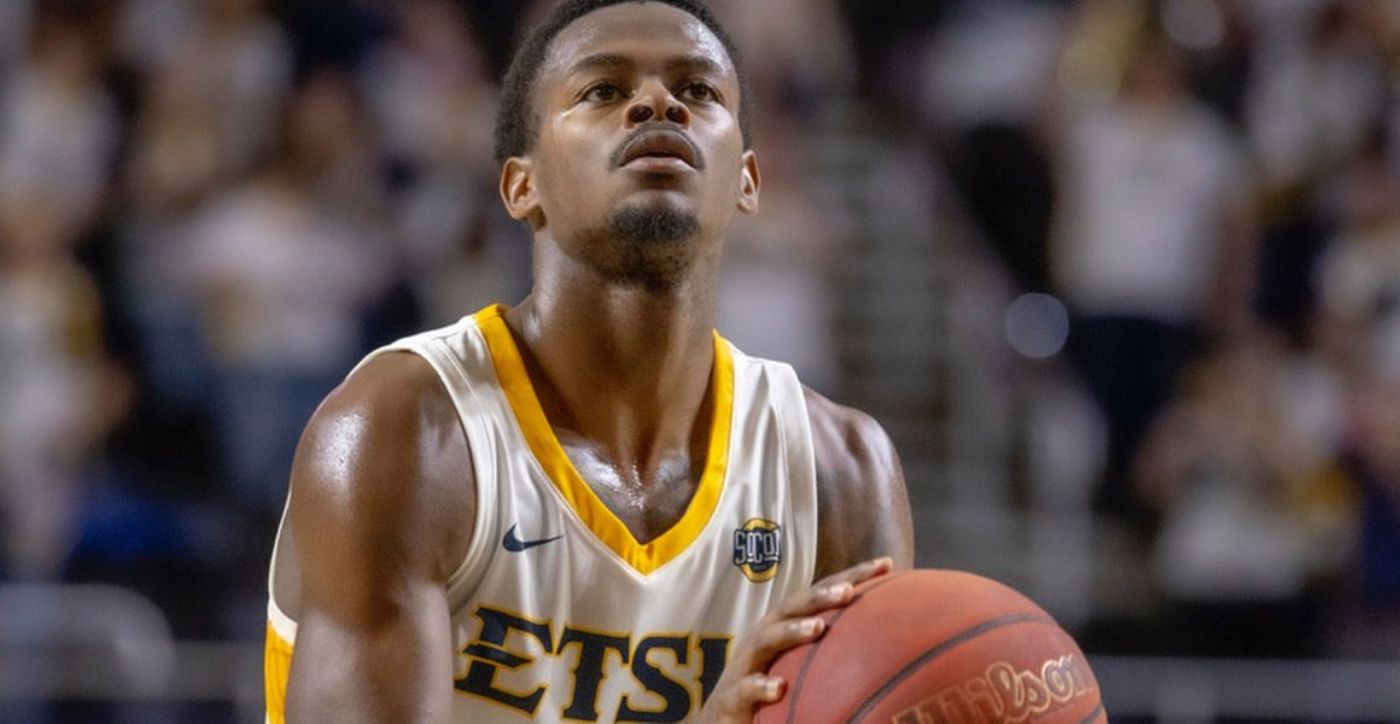 JOHNSON CITY, Tenn. (Jan. 22, 2022) – Ty Brewer (Meridian, Miss.) scored his 1,000th career point, but it wasn’t enough to carry the Buccaneers past The Citadel, as ETSU men’s basketball was edged in a physical battle to the Bulldogs, 75-73, on Saturday afternoon inside Freedom Hall.

ETSU had a look to win it at the buzzer after Rudy Fitzgibbons III missed the second free throw with seven seconds remaining, but Jordan King’s (Albany, N.Y.) three-pointer from the right wing was off the mark and the Bulldogs hung on for the road victory.

The Bulldogs controlled the majority of the first half as they led by as many as 11 with less than six minutes to play before the break, but ETSU came alive down the stretch and finished with an impressive run.

The Bucs held The Citadel scoreless for the final 5:53 and mounted a 13-0 run to take a 32-30 lead into halftime. Ledarrius Brewer ignited the surge as he accounted for eight of the points, while the Bulldogs finished 0-for-8 from the field and 0-of-6 from beyond the arc in the final minutes of the first half.

ETSU’s run carried over into the second half as the Bucs scored the first bucket of the frame, but Brown stopped The Citadel’s scoreless streak when he connected on the first of his three made triples in the second half, making 34-33 with 18:50 remaining.

The Bucs eventually built a six-point lead when Ty Brewer hit a three-pointer from the right wing for his 1,000th career point at the 11:50 mark, but the Bulldogs used a 9-2 run to regain a 57-56 advantage with 8:33 left in the contest.

ETSU answered and pushed its lead back to five on two different trips; however, the Bucs couldn’t extend the margin.

Leading 65-60 with 5:31 remaining, The Citadel mounted another run – this time scoring 10 of the next 12 – to go ahead 70-67 following a Fitzgibbons three with less than three minutes to go.

The Bucs battled and continued fighting their way back into the game as they fell behind by four twice in the final minute, but with no timeouts and the ball with seven seconds remaining, ETSU couldn’t get the home magic to fall. Following Fitzgibbons missed free throw, the Bucs grabbed the rebound and King had the ball in his hands for the three-point attempt. With a Bulldog on him, King rushed his look from the right wing and The Citadel came down with the rebound as time expired to secure the win.

ETSU wraps up its three-game homestand Wednesday night when the Bucs host UNCG at 7 p.m.