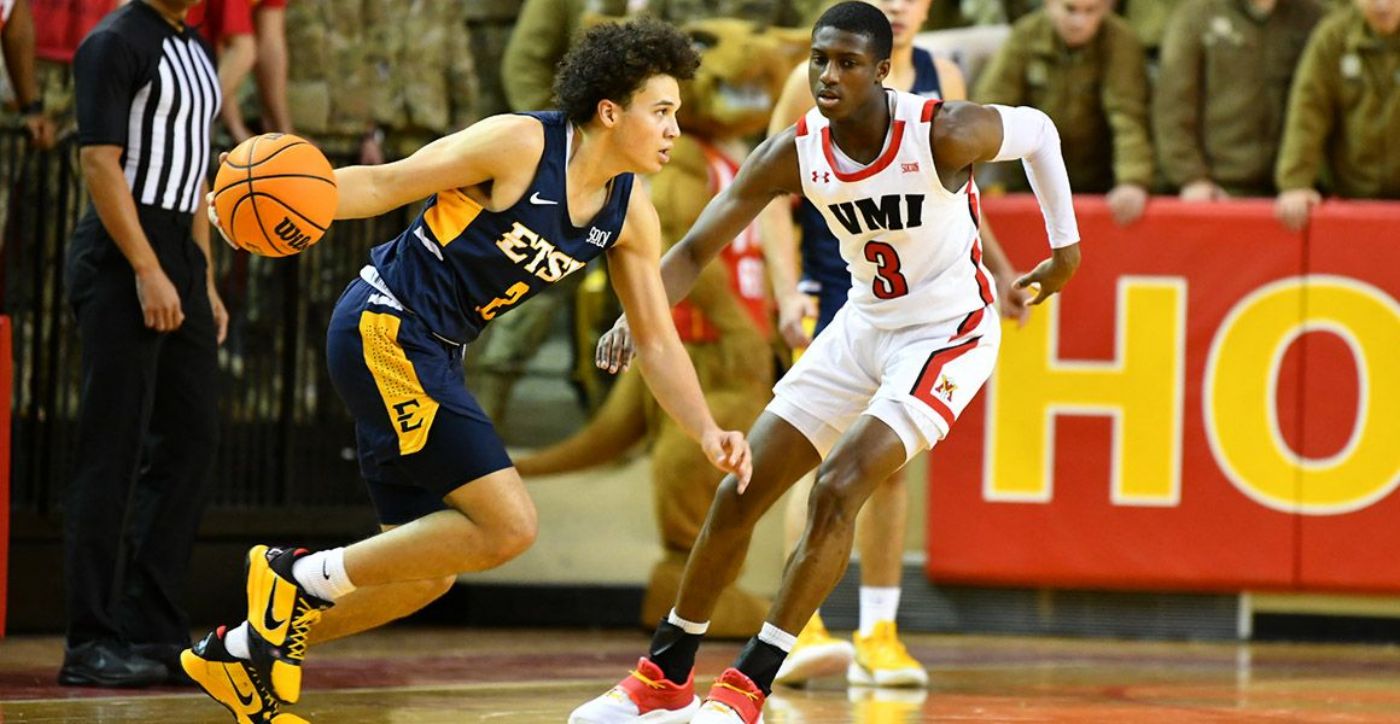 LEXINGTON, Va. (Jan. 29, 2022) – Jordan King (Albany, N.Y.) scored a career-high 27 points on seven made three-pointers, but it wasn’t enough to carry ETSU men’s basketball to a road win at VMI, as the Buccaneers suffered an 83-79 setback on Saturday afternoon inside Cameron Hall.

Listen to postgame comments from head coach Desmond Oliver in his postgame interview with Voice of the Bucs Jay Sandos.

Neither team led by more than five points in the first half as ETSU took a 39-38 lead into the locker room thanks to a go-ahead three-pointer by King with 17 seconds left.

The Bucs carried momentum with them into the second half as they opened a nine-point lead when Yasser drove in for a lay-up at the 15:21 mark.

Less than two minutes later the Blue and Gold pushed the margin back to nine after King knocked down his sixth three-pointer of the night, making it 58-49, with 13:41 remaining.

Over the next four-plus minutes, VMI answered with 16-5 run to regain a 65-63 lead with just over nine minutes left to play.

The final nine minutes and 10 seconds featured six lead changes and two ties, but despite holding a pair of one-point leads in the closing minute and a half, ETSU couldn’t get the defensive stop needed to secure the road win.

VMI quickly regained the lead when Bonham drove the lane, made a lay-up and drew the foul to complete the three-point-play, making it 81-79 with 36 seconds remaining. Following an ETSU timeout, Ledarrius Brewer got inside the paint, drew contact on a short jumper, but Sean Conway was credited with a block and Stephens came away with the defensive rebound. The Buccaneer defense was forced to foul and VMI connected on both free throws to ice the game.

ETSU heads to Cullowhee, N.C. Wednesday night to take on Western Carolina. Tip-off is set for 7 p.m. inside the Ramsey Center.