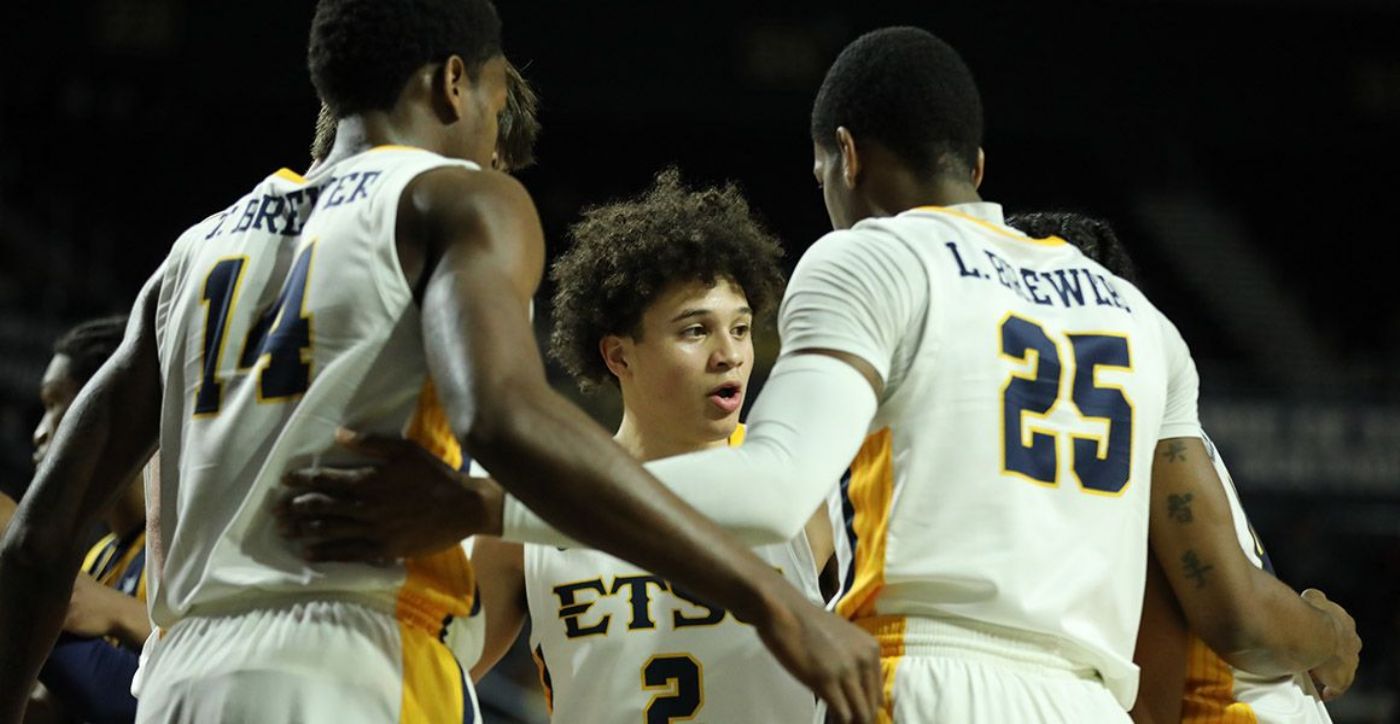 CULLOWHEE, N.C. (Feb. 2, 2022) – Leading by as many as 14 points in the second half and up nine with less than four minutes remaining, the ETSU men’s basketball team couldn’t hold on, as Western Carolina closed on an 18-6 run to rally past the Buccaneers, 87-84, on Wednesday night inside the Ramsey Center.

The Bucs came out on fire with their long-range shooting as they made five of the first six from beyond the arc and led 21-11 following a Ledarrius Brewer triple with 12:22 left in the first half. Over the next five minutes, Western Carolina used a 12-3 run to pull within one, but Jordan King answered with three straight threes, extending the lead back to 10, 35-25, with five minutes left before the break. The Bucs’ lead hovered around double figures and went into the locker room up 13, 47-34.

The Bucs controlled the first 15 minutes of the second half, but couldn’t hold on.

ETSU wraps up its road swing Saturday afternoon when the Bucs play at Wofford. Tip-off is scheduled for 2 p.m. and the game will be televised on CBS Sports Network.