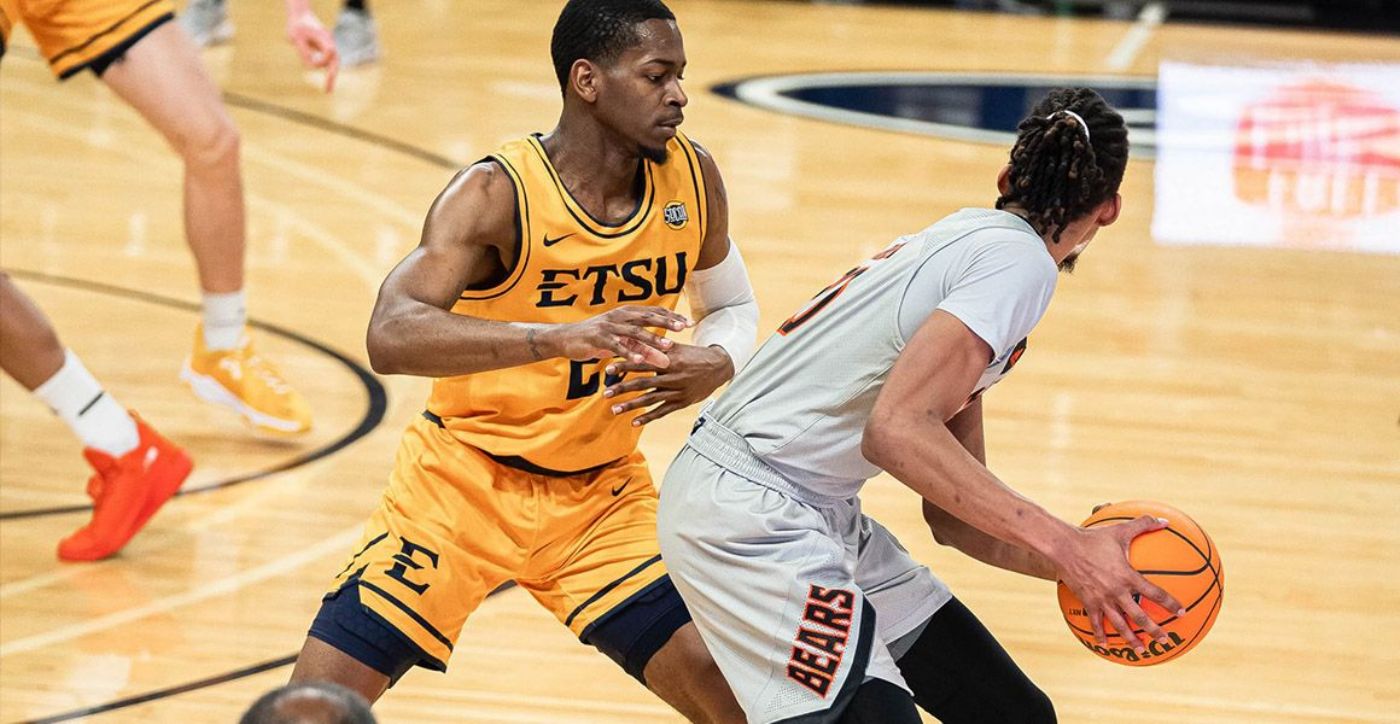 After building an 11-point lead early in the second half, the Buccaneers went cold and Mercer rallied for a 65-56 victory on Wednesday night inside Hawkins Arena.

The Bucs controlled the first half as they scored the first four points and pushed their lead to eight when Jordan King hit a three-pointer, making it 22-14 with 10:40 left in the first half. ETSU then extended the lead to double figures, 30-20, following another King triple with under seven minutes to go in the opening stanza, while taking its largest margin of the night at 42-30 when Mohab Yasser drove in for a fast-break lay-up with 1:36 left before intermission. Mercer scored the last points of the half on a three-pointer, and the Bucs took a 42-33 lead into the locker room.

The Bucs started the second half with a bucket as Ledarrius Brewer grabbed an offensive rebound and laid one home, putting ETSU up 44-33 at the 19:28 mark.

The Bucs went nine minutes and twenty-four seconds without a point and the Bears rattled off 13 straight points to take their first lead of the night, 46-44 with 11:25 remaining.

Brewer then snapped the drought with back-to-back scores as ETSU regained a 48-46 advantage with 9:30 showing on the clock. Mercer’s Jovan Tucker answered with a three-point on the next trip down and the Bears never relinquished their lead.

ETSU was able to pull even at 50 with 7:27 left in the contest, but Mercer scored the next five to open a five-point lead. The closest the Bucs would get was three and the Bears scored 10 of the final 14 points to pull off the nine-point win.

The Bucs head to the Palmetto State to take on The Citadel Saturday at 1 o’clock.