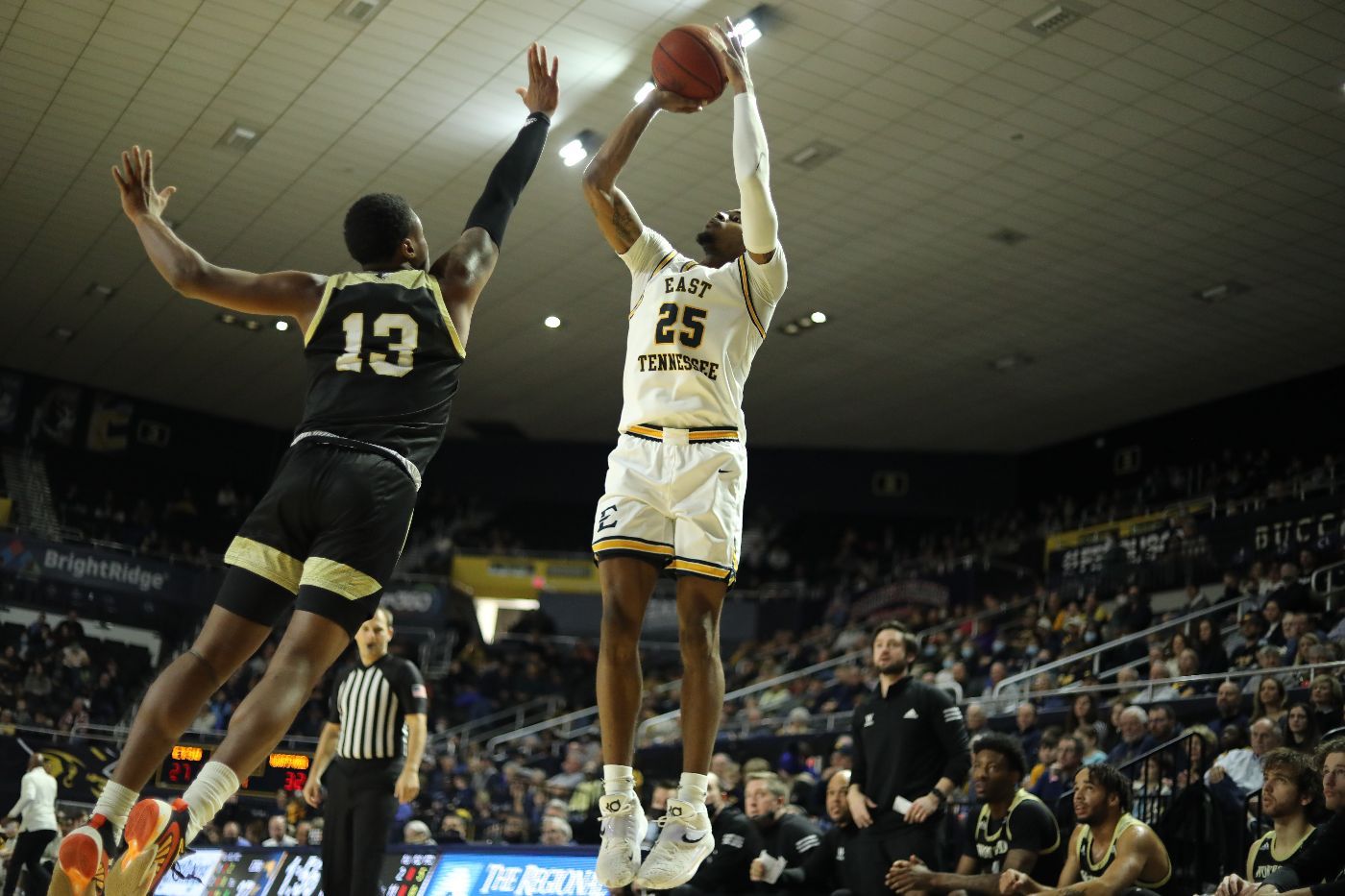 CHARLTESTON, S.C. (Feb. 19, 2022) – Ledarrius Brewer (Meridian, Miss.) ended an explosive first half with a half-court shot and the Buccaneers rode that momentum for the remainder of the game.

After the teams combined for 92 first-half points, ETSU men’s basketball locked down defensively – limiting The Citadel to 22 points in the second half – as the Blue and Gold gutted out a 77-67 victory Saturday afternoon inside McAlister Field House.

Despite getting off to a sluggish start where the Bucs were down 13-4 in the opening five and a half minutes, ETSU caught some rhythm and pulled within two, 22-20 with 10:18 remaining before the break. The Citadel then used an 11-3 spurt to take its largest lead of the game at 33-23, but the Bucs finished the half strong and Ledarrius Brewer’s half-court heave at the buzzer gave ETSU its first lead since the opening bucket, 47-45.

Brewer had 23 points in the opening 20 minutes – and after ETSU missed nine of its first 11 shots to start the game – the Bucs made 17 of their final 27 to end the half.

The Bucs opened the second half scoring the first five points and pushed the score to 54-47 following a pair of free throws by Ledarrius Brewer at the 16:28 mark.

From there, the Bulldogs inched within three, but ETSU extended the margin with a 12-2 run, making it 68-55 following the Yasser dunk with just under 10 minutes left.

The Bucs went cold as they were held to one point for nearly seven minutes, but after The Citadel cut its deficit to five, Ledarrius Brewer stopped the drought with a huge baseline jam, putting ETSU ahead, 71-64 with 2:37 showing on the clock. The rest of ETSU’s scoring came at the free throw line where the Bucs made their final six freebies and secured the 10-point road win.

ETSU heads home to take on in-state rival Chattanooga in the Bucs’ final home game on Wednesday night at 7 p.m.