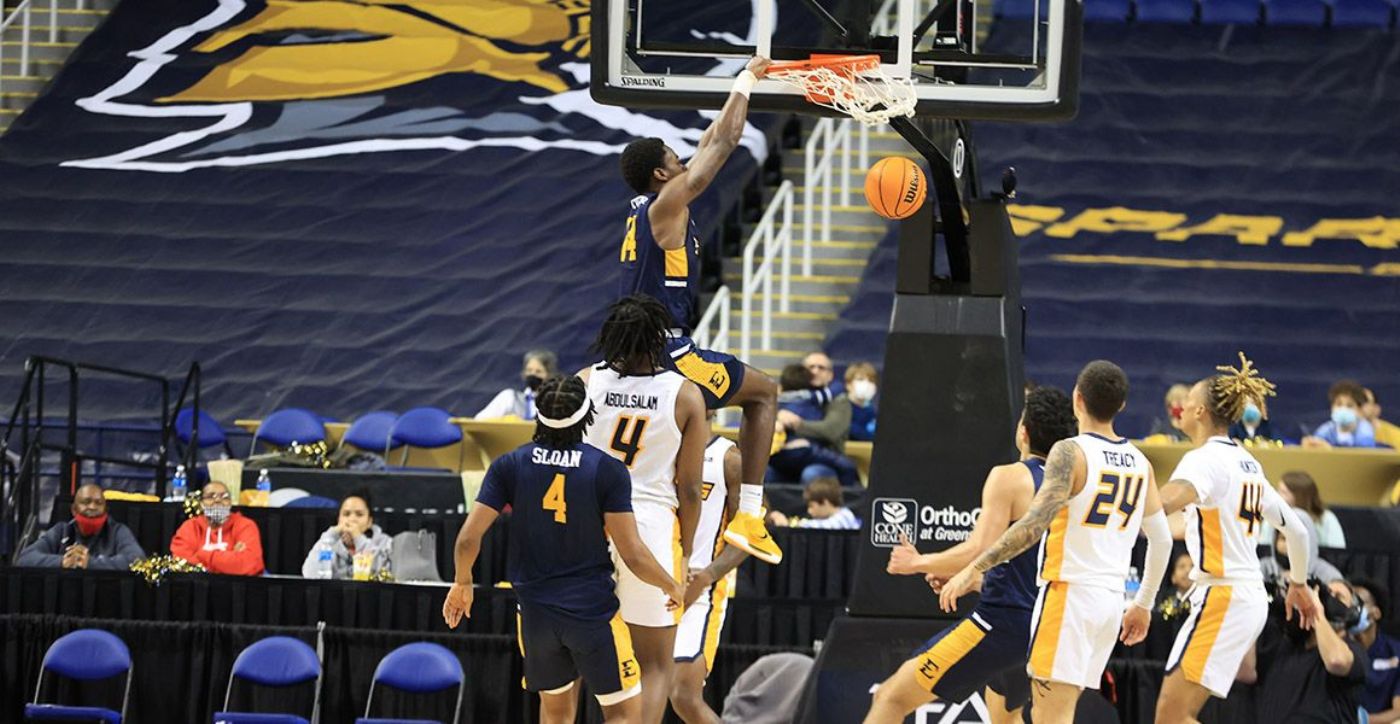 Four Bucs scored in double figures; ETSU shot 64% in the second half

Both teams led by five in the first half as ETSU scored the first five points to start the game, while UNCG used a late 7-0 run to go ahead 28-23 with 2:25 left before the break. The Bucs ended with momentum by scoring five of the final six points, including a deep three by King to beat the buzzer, making it 29-28.

After seeing five ties and five lead changes in the first half, the score shifted twice in the opening minute of the second before the Spartans opened a 39-36 lead following a lay-up by De’Monte Buckingham at the 13:16 mark.

David Sloan then responded as he hit his first seven shots to start the half – including three from long distance – and ETSU scored eight unanswered to go up 44-39 following a steal and monster slam by Ty Brewer with 11:09 remaining.

From there, the Bucs extended their lead to six on three different possessions, but after Sloan found King open for a three to go up 53-47, UNCG scored six straight to pull even at 53 with 6:37 left in the game.

With the game knotted at 55 at the under six-minute mark, Ty Brewer found the perfect time to knock down his first and only three-pointer, giving the Bucs the lead for good at 58-55. The triple ignited an 11-2 surge as Mohab Yasser drove to the rim, extending ETSU’s advantage to a game-high nine points, 66-57 at the 1:37 mark.

Despite leading by nine down the stretch, the Bucs held on as UNCG made three triples in the final minute, pulling within two, 70-68 with five seconds remaining. Jordan King made one of two at the line to go up three – and after ETSU fouled with three seconds left – the Spartans made the first, missed the second and Ledarrius Brewer came down with the game-winning board. Brewer was fouled and made both freebies to ice the game.

ETSU turns its attention to the Southern Conference Tournament as the eighth-seeded Bucs take on ninth-seeded Citadel Friday at 5 p.m. inside Harrah’s Cherokee Center.