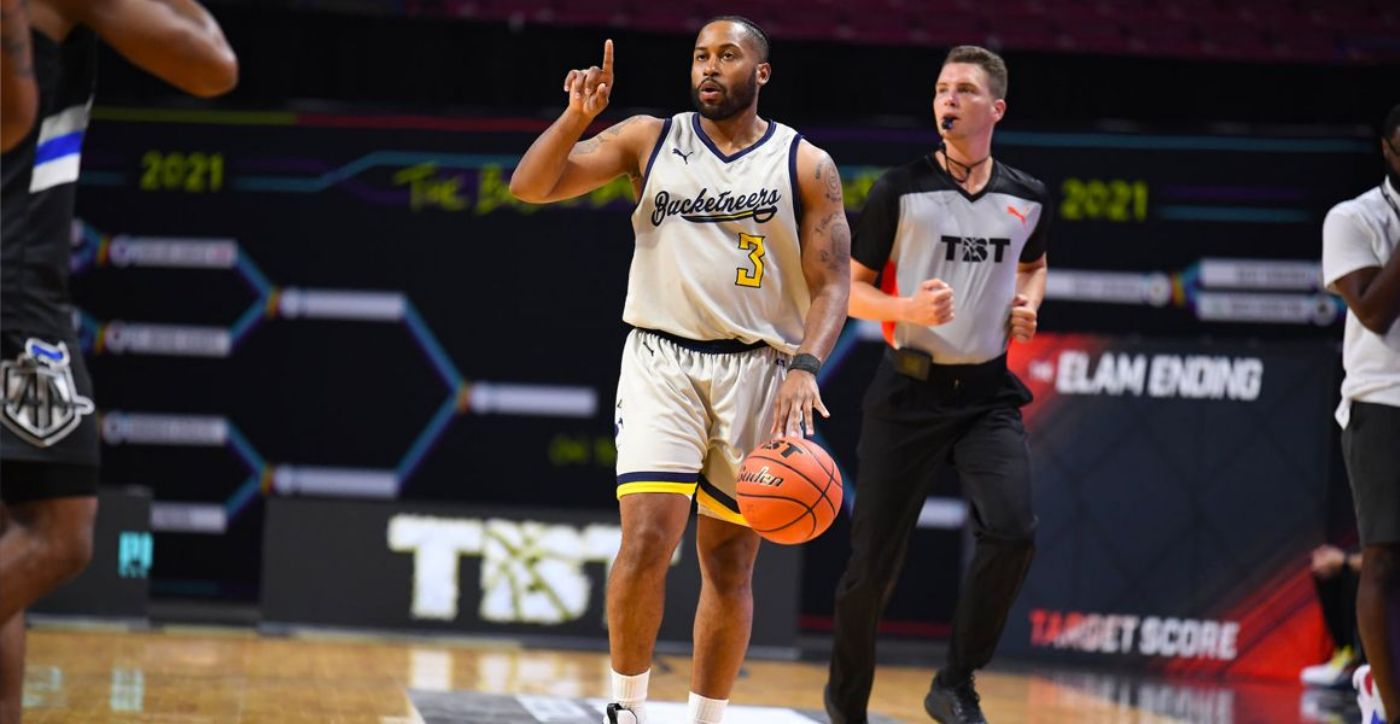 CHARLESTON, W.Va. (July 23, 2022) – The Bucketneers, an ETSU alumni team, opens play in The Basketball Tournament (TBT) on Sunday afternoon inside the Charleston Coliseum and Convention Center. The No. 2 seed Bucketneers take on No. 7 seed Fully Loaded at Noon on ESPN3.

Last season, The Bucketneers made their TBT debut, as they defeated War Ready and Armored Athlete, before suffering a heartbreak loss to top-seeded Sideline Cancer in the Sweet 16. Fully Loaded is making their TBT debut as they are comprised of alumni from their AAU program “Team Loaded.” Former Team Loaded members include Bam Adebayo, Frank Mason, and Dennis Smith Jr.

The Bucketneers is organized by former ETSU basketball player Dillon Reppart (2016-18). The team will be coached by Joe Hugley (2019-20), and former Wake Forest star L.D. Williams and ETSU guard Patrick Good (2018-21) will serve as his assistants. Their roster includes:

The winner of Sunday’s game advances to the second round, where they face the winner of #3 seed WoCo Showtime (Wofford alumni) and #6 seed War Ready (Auburn alumni) on Tuesday, July 26 at 6 pm ET.

The winner of the West Virginia Regional will head to UD Arena in Dayton, Ohio for Championship Week. Quarterfinals games are July 28-29, and the semifinals and $1 million winner-take-all championship game will be July 30 and Aug. 2 at UD.