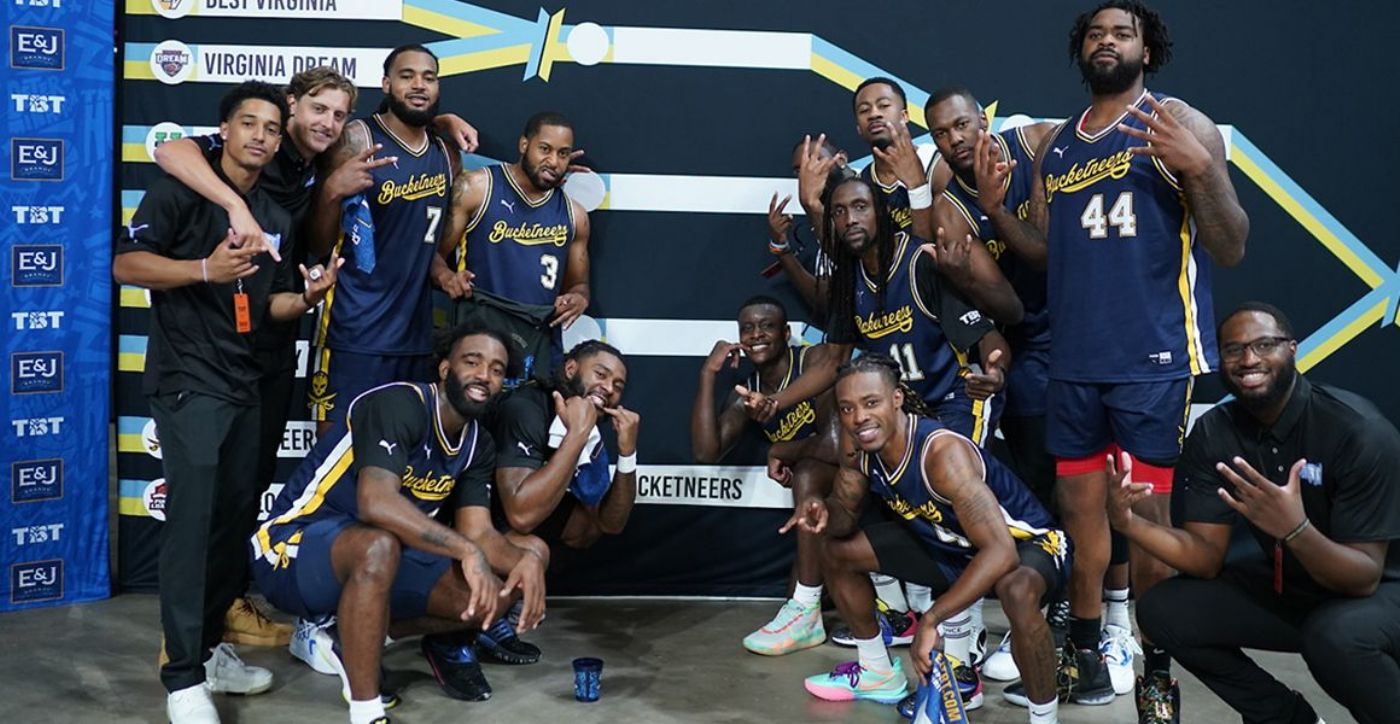 CHARLESTON, W.Va. (July 24, 2022) – The Bucketneers saw four players score in double figures, while winning the rebounding battle by 13, as the Blue and Gold used a late surge to defeat Fully Loaded, 83-73, in Sunday’s opening round game of The Basketball Tournament (TBT) inside the Charleston Coliseum and Convention Center.

Desonta Bradford led the Bucketneers with 16 points on 7-of-15 shooting, while Isaac Banks (15 points, eight rebounds), Jalen Riley (13 points, seven rebounds) and Michigan State alum Nick Ward added 10 points to round out the players in double figures. Bo Hodges added nine points and five rebounds in his first game with the Bucketneers, while he also added the game-winning bucket to carry them into Tuesday’s second round.

As a team, the Bucketneers shot 47 percent from the field (33-70) and knocked down 12 three-pointers. The Blue and Gold got things done on the boards as the Bucketneers were plus-13 (40-27) and converted 14 offensive rebounds into 21 second-chance points. In addition, the Bucketneers also cashed 14 Fully Loaded turnovers into 22 points.

“I’m proud of these guys for continuing to take the punch that Fully Loaded gave us in the first half,” said head coach Joe Hugley, who was part of ETSU’s historic 30-4 team in 2019-20. “We knew they were going to come out hungry and we stayed the course. These guys are so connected and close. They have so much confidence in each other and it shows. We are looking forward to the next round and keeping this thing going.”

Check out the highlights from @TBTBucketneers' win over Fully Loaded in the opening round of the @thetournament...

In a game that was closely contested early on, the Bucketneers trailed by one at the end of the first quarter (18-17) and went into halftime with another one-point deficit as a three-pointer by Courtney Pigram made it 43-42 at the break. However, the Bucketneers took over the third where they outscored Fully Loaded by 12 points en route to leading 70-59 after three quarters of play. Bradford (seven points), Ward (six points) and T.J. Cromer (six points) combined for 19 of the 26 points in the frame, where the Bucketneers shot 58 percent (11-19) from the field and 44 percent from long distance (4-9).

Despite leading by double figures early in the fourth quarter, the Bucketneers’ lead shrunk to one, 74-73, when the Elam Ending came into play. The Bucketneers clamped down defensively and held Fully Loaded scoreless for the remainder of the contest as the Blue and Gold scored the final nine points to secure the 10-point win. Bradford and Hodges provided the scoring during the Elam Ending, as Bradford got things started with a triple and grabbed an offensive rebound for a lay-up to go up six, 79-73. Hodges then put things on ice with back-to-back lay-ups, including a driving acrobatic lay-up to seal it.

The Bucketneers now play Tuesday night at 6 p.m. against the winner of War Ready-WoCo Showtime.