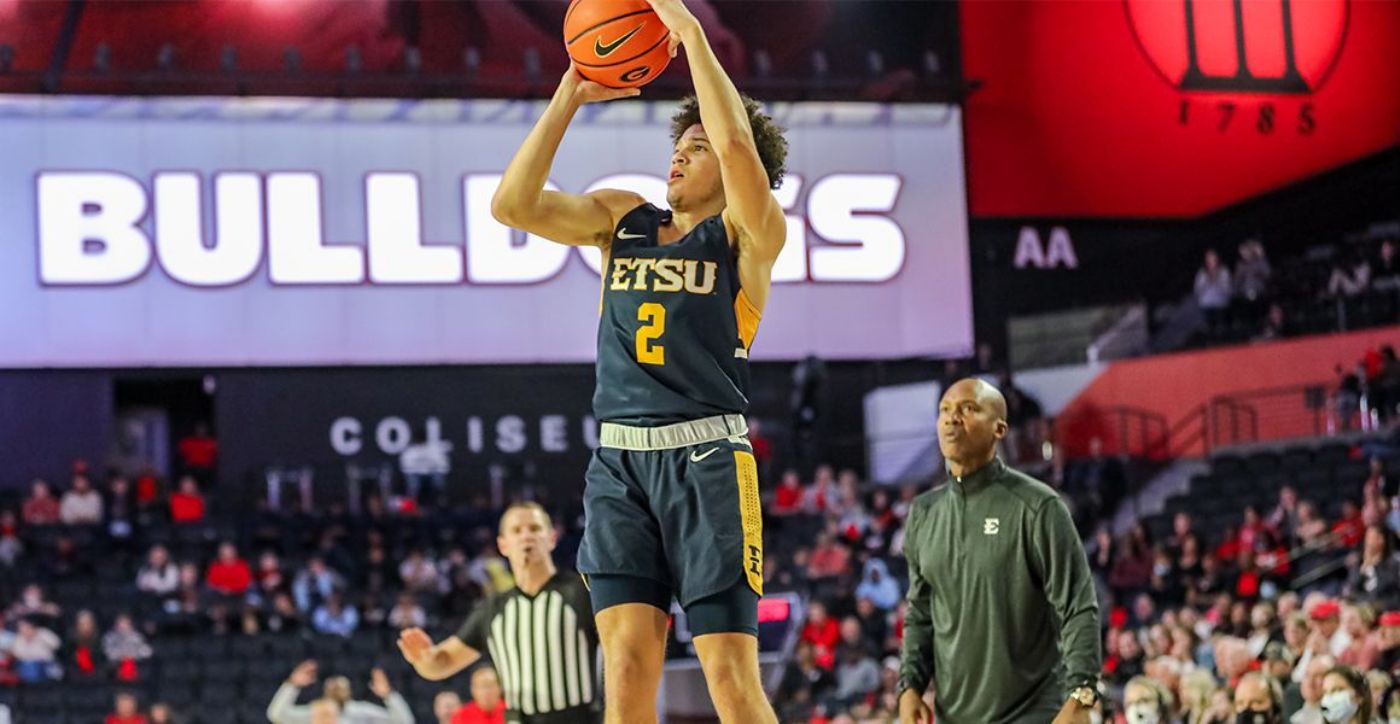 HOME AWAY FROM HOME

As it was announced last week, ETSU will play in the Asheville Championship Nov. 11-13 inside Harrah’s Cherokee Center. The Bucs open the MTE against Elon on Friday, Nov. 11, while the other matchup features Harvard and Louisiana. The two winners will play in Sunday’s championship at 4:30 p.m., while the consolation game is set for 2 p.m. Both games on Sunday will be televised on ESPNU.

Following a home with Little Rock on Nov. 17, ETSU’s plays its first true road game against Tennessee Tech on Sunday, Nov. 20. The Bucs and Golden Eagles have met 74 times and the all-time series is gridlocked at 37-37.

After completing a home-and-home series with Appalachian State last season, the two teams have agreed upon a new deal with the Mountaineers visiting Johnson City the Wednesday before Thanksgiving. Fans can feast on the old SoCon rivalry Nov. 23 inside Freedom Hall.

ANOTHER TRIP TO ATHENS

For the second straight year, the Blue and Gold will look to take down Georgia as ETSU heads to Athens on Nov. 27. Last December, the Bucs defeated the Bulldogs 86-84 behind David Sloan’s go-ahead three-pointer with 8.4 seconds remaining. The win gave ETSU a 3-2 lead in the all-time series, while it was the fourth time in the last seven seasons the Bucs defeated a Power 5 program.

PLETHORA OF HOME GAMES AHEAD

After the trip to Georgia, the Bucs will play four of their next five games inside the friendly confines of Freedom Hall, starting with Mars Hill coming to town on Nov. 30. From there, ETSU will take on Jacksonville State – who represented the ASUN in last year’s NCAA Tournament – on Dec. 3.

Following time off for final exams, ETSU will conclude its home-and-home series with a road trip to Morehead State on Dec. 11, while the home games end with Queens (Dec. 14) and UNC Asheville (Dec. 17). Queens, who went 30-4 and reached the Sweet 16 of the DII NCAA Tournament, joined the ASUN this past July and is in its NCAA Division I transition period.

BUCS BACK IN THE BAYOU

The Bucs wrap up non-conference play making a trip back to the Bayou as ETSU plays at LSU on Dec. 22. During its historic 30-4 season in 2019-20, ETSU throttled the Tigers, 74-63, inside the Maravich Center. The game, back on Dec. 18, 2019, was the first-ever meeting between the two programs. LSU’s new leader on the sidelines, Matt McMahon, became its 25th head coach in program history this past March after leading Murray State to a 31-3 record and a trip to the second round of the NCAA Tournament. ETSU dealt the Racers one of their three setbacks, as the Bucs began their run to the Naples Invitational title with a 66-58 victory over Murray State.

Fans can purchase their season tickets by calling the ETSU Ticket Office at 423-439-3878 or by visiting ETSUTickets.com.