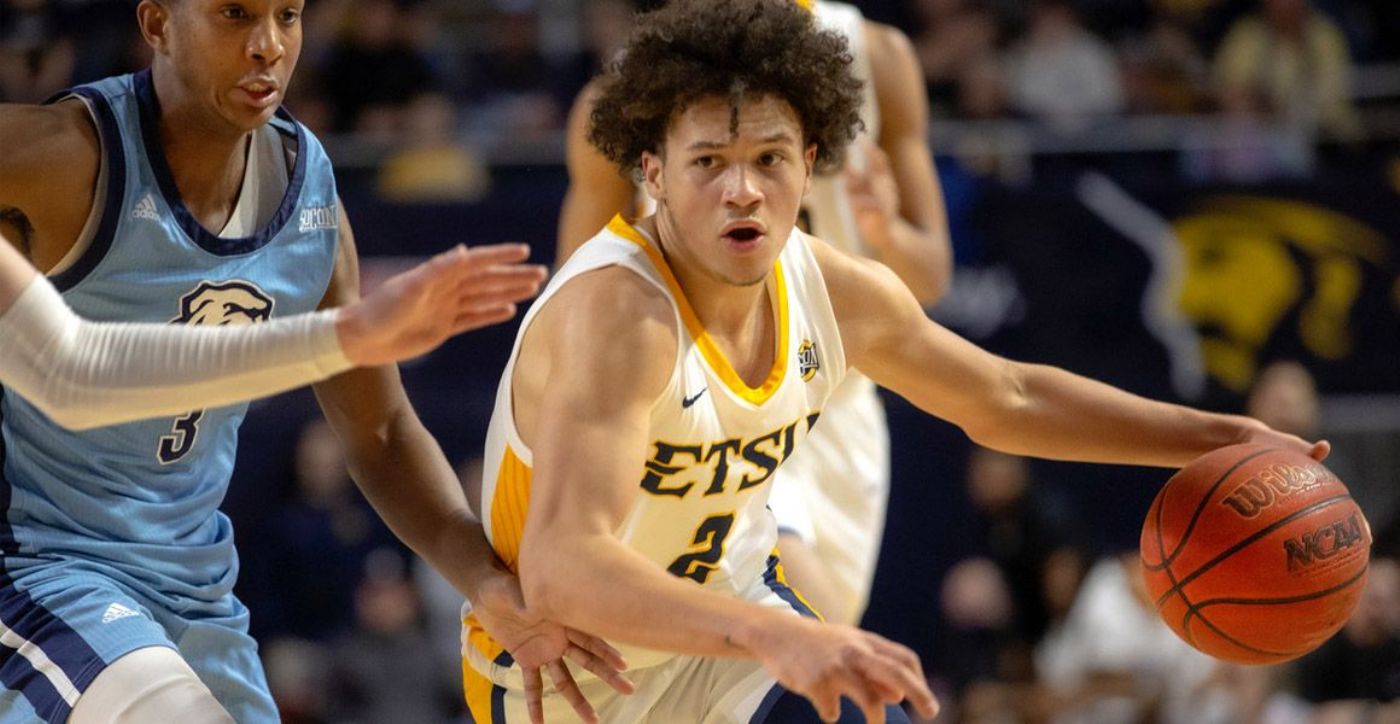 After playing a 13-game non-conference schedule, which ends Dec. 22 at LSU, the Bucs open SoCon play with back-to-back road games, beginning Thursday, Dec. 29 at Wofford.  A quick turnaround sends the Blue and Gold to Lexington, Va., as ETSU and VMI close out 2022 with a game on New Year’s Eve.

For the third straight year, ETSU will host Western Carolina in its SoCon home opener as the Catamounts come to Freedom Hall on Jan. 4, followed by a Saturday showdown with Furman on Jan. 7.

BACK ON THE ROAD

The Bucs will play three of their first five league games away from Johnson City as ETSU heads east on I-26 for a Wednesday game at The Citadel on Jan. 11.

FAMILIAR FOES OVER A SHORT STRETCH

Following the trip to Charleston, ETSU will play Mercer twice over 11 days and reigning conference champion Chattanooga twice in a week. The Bucs host Mercer on Saturday, Jan. 14 and head to Macon on Wednesday, Jan. 25, while playing at Chattanooga on Saturday, Jan. 21 before turning around one week later for the return game in Freedom Hall. In between the first set of games with Mercer and Chattanooga is a home contest with Samford on Jan. 18, while the Bucs wrap up the season series with the Bulldogs in Birmingham on Feb. 4.

THERE YOU ARE SPARTANS!

ETSU will have already completed series with Wofford, Chattanooga, Mercer and Samford before finally taking on UNCG for the first time on Wednesday, Feb. 8 in Greensboro. The Bucs and Spartans then close out the regular season on Saturday, Feb. 25 in Johnson City.

On the heels of their first game versus UNCG, the Bucs will quickly return home for a rare Friday night conference game against VMI on Feb. 10.

ROUNDING OUT THE CONFERENCE SCHEDULE

ETSU will host Wofford on Wednesday, Feb. 1, while playing back-to-back road games at Western Carolina (Feb. 15) and Furman (Feb. 18). The Blue and Gold end regular season action at home with The Citadel on Feb. 22 and close things out with UNCG.

The Southern Conference Tournament will be held March 3-6 inside Harrah’s Cherokee Center Asheville. The winner will receive the league’s automatic bid to the NCAA Tournament.