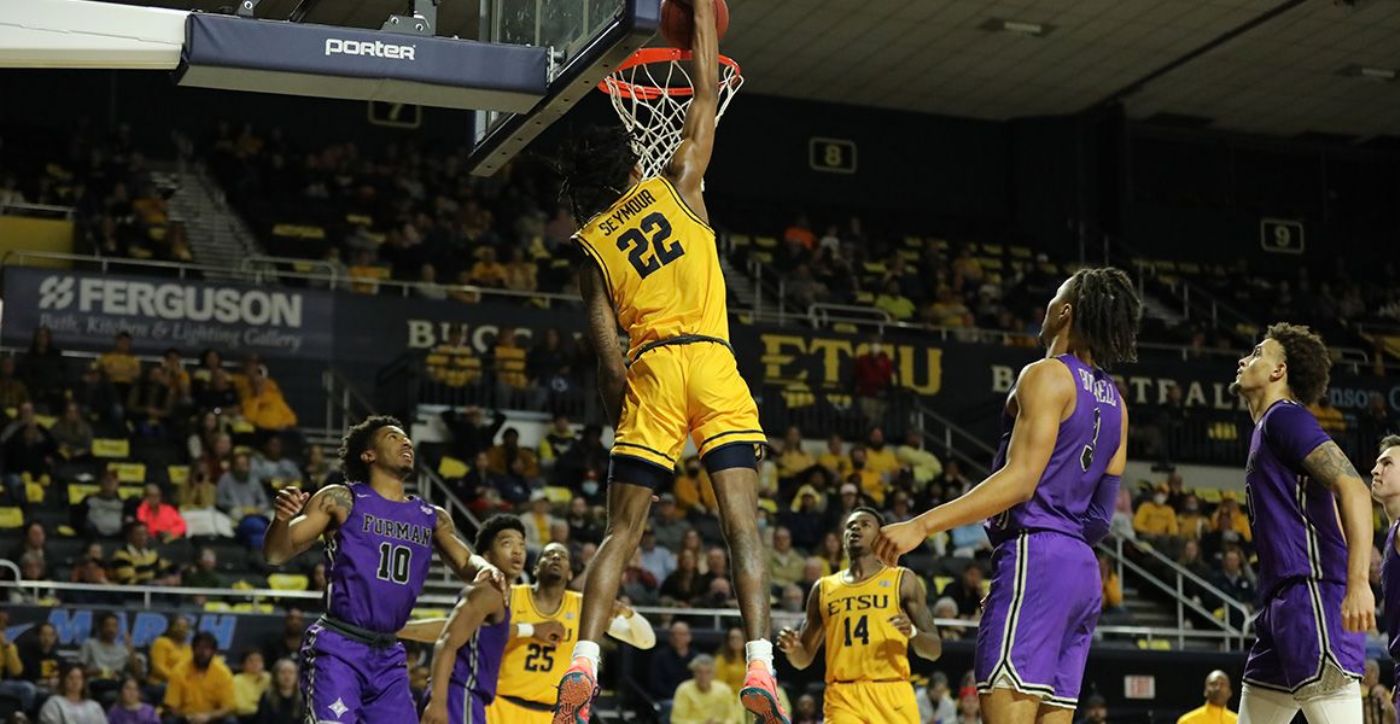 ETSU men’s basketball to have two SoCon games on ESPNU

Games at Furman and UNCG to be aired nationally

JOHNSON CITY, Tenn. (Oct. 19, 2022) – The ETSU men’s basketball team will have two of its Southern Conference games broadcast nationally on ESPNU as the league office announced its television schedule for the 2022-23 season on Wednesday.

ETSU’s game at UNCG has been moved from Wednesday, Feb. 8 to Tuesday, Feb. 7 as the Bucs and Spartans will play on ESPNU inside the Greensboro Coliseum. Twelve days later, the ETSU and Furman game in Greenville, S.C., will also be aired on ESPNU. That game was originally scheduled to be played on Feb. 18, but was moved to Sunday, Feb. 19 with a 6 p.m. tip-off.

In total, ETSU will be featured in two of the five regular season SoCon games that will be broadcast on ESPNU.

Three SoCon tournament games will also air on ESPN networks, with both semifinals on Sunday, March 5, on either ESPN2 or ESPNU and the championship game on Monday, March 6, on ESPN.

The Bucs will also have non-conference games televised nationally as the championship and the third-place game of the Asheville Championship will be carried live on ESPNU on Sunday, Nov. 13. In addition, ETSU’s game at Georgia on Sunday, Nov. 27 will be televised on SEC Network.

ETSU will host Limestone in an exhibition game on Friday, Nov. 4 inside Freedom Hall, while the regular season tips off on Monday, Nov. 7 against Emory & Henry.

To purchase season tickets, call the ETSU ticket office at 423-439-3878 or visit ETSUTickets.com.