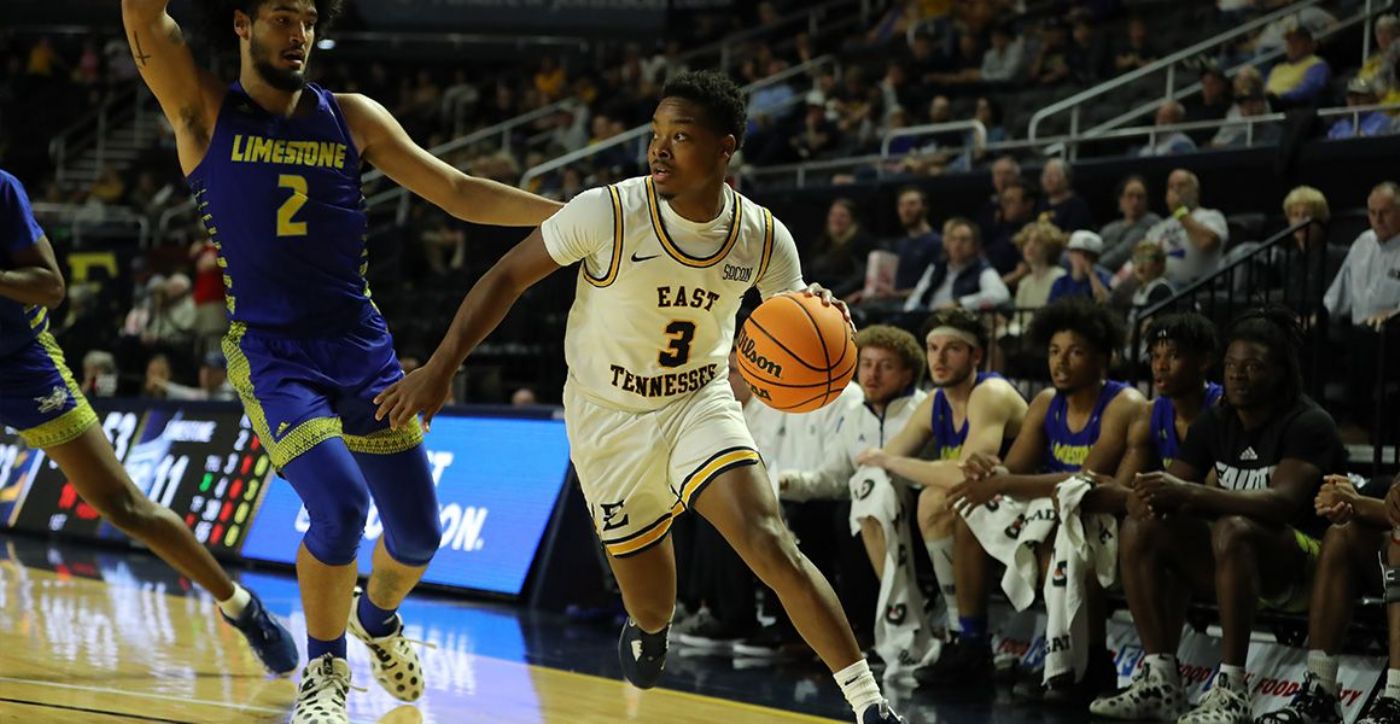 Three Buccaneers scored in double figures with Coastal Carolina transfer DeAnthony Tipler (Ashland, Miss.) leading the way with 14 points on 4-of-9 shooting from beyond the arc. Fellow transfer Jalen Haynes (Ft. Lauderdale, Fla.) netted 10 points and grabbed seven rebounds as the Virginia Tech transfer made five of his six shots from the field. Jaden Seymour (Charlotte, N.C.) tallied 11 points, pulled down five boards and dished out two assists in 20 minutes of action.

ETSU used a strong start to pull away from the Saints as the Bucs – who never trailed in the contest – mounted a 25-5 run over 10-minute stretch to go up 35-13 with just under six minutes left in the first half. The Blue and Gold eventually pushed their lead to 27 on two different occasions before leading 47-22 at the break.

In the second half, the Bucs saw their lead soar to 31 when Allen Strothers (Newport News, Va.) found Justice Smith (Lyons, N.Y.) open for a driving lay-up, putting ETSU ahead, 67-36. With head coach Desmond Oliver getting his bench some minutes, Limestone closed the game on a 20-4 run to make it a 15-point final.

All 11 Buccaneers who logged minutes on Friday reached the scoring and rebounding column as ETSU shot 50 percent (29-58) for the contest and held Limestone to a 34 percent clip (20-59). The Bucs assisted on 14 of their 29 made field goals and doubled up the Saints in the paint, 40-20. Both teams scored 18 points off turnovers with ETSU committing five of its 17 miscues in the final seven minutes.

ETSU opens the 2022-23 season on Monday night when the Bucs host Emory & Henry at 7 p.m. inside Freedom Hall.