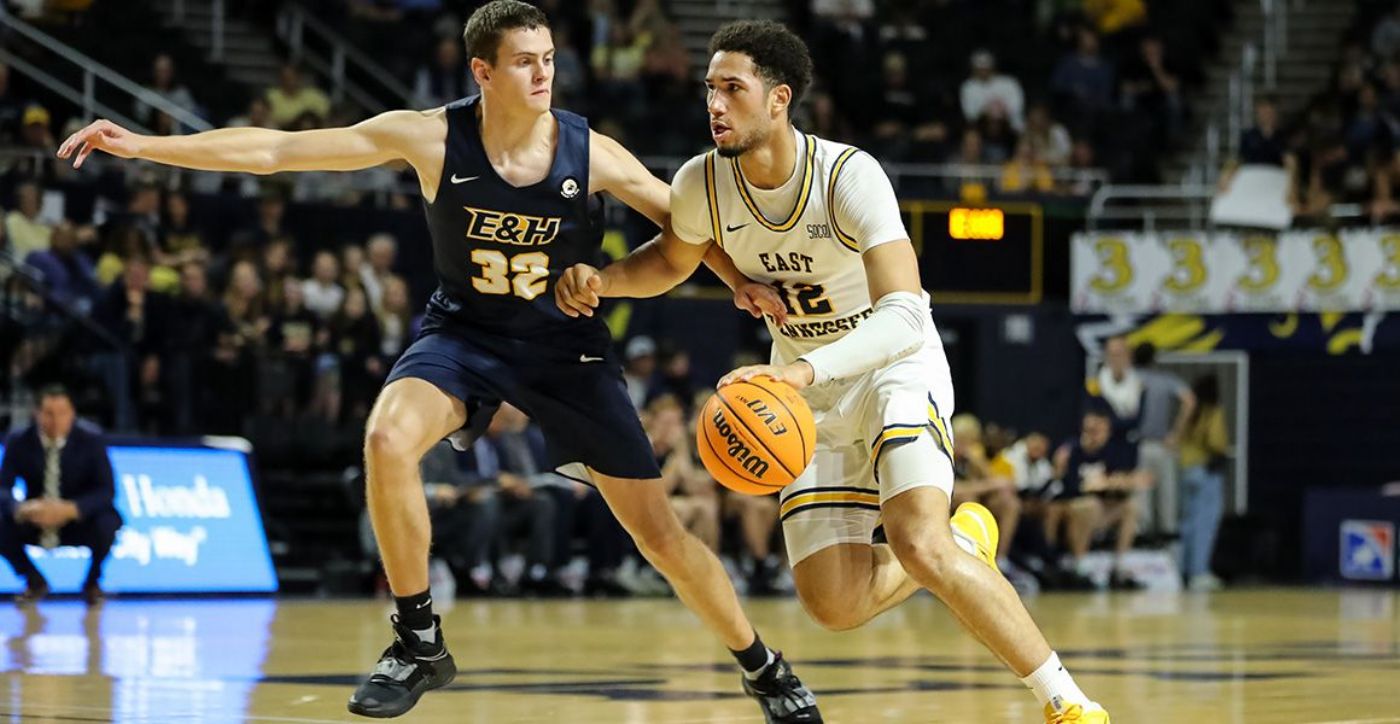 After a bit of a rocky start, the Bucs shook off the rust following the first eight minutes and used an 8-0 run to open a 23-14 lead when Jordan King (Albany, N.Y.) assisted on a three-pointer by Jamarius Hairston (Salisbury, N.C.) at the 9:36 mark.

From there, the Wasps pulled within three with just over five minutes left, but ETSU heated up and closed the half on an 18-7 surge en route to taking a 45-31 lead into the break.

The Bucs got balanced scoring in the first 20 minutes as nine different players scored with King leading the pack at nine points. ETSU scored 22 points off turnovers and got 24 points from its bench.

The Buccaneer lead never dipped below double figures in the second half as ETSU’s margin grew to over 20 when Smith collected back-to-back driving lay-ups, making it 59-36 at the 13:53 mark.

ETSU’s largest lead got to 24, 72-48, following an old-fashioned three-point-play by Seymour with just under eight minutes remaining.

The closest Emory & Henry would get after that was 17 and the Bucs pushed it back over 20 as they walked away with the 22-point victory.

The Bucs make the short trek over the mountain for the 2022 Asheville Championship, which begins Friday night at the Harrah’s Cherokee Center Asheville. Following Harvard and Louisiana opening the MTE, ETSU takes on Elon at 8:30 p.m.