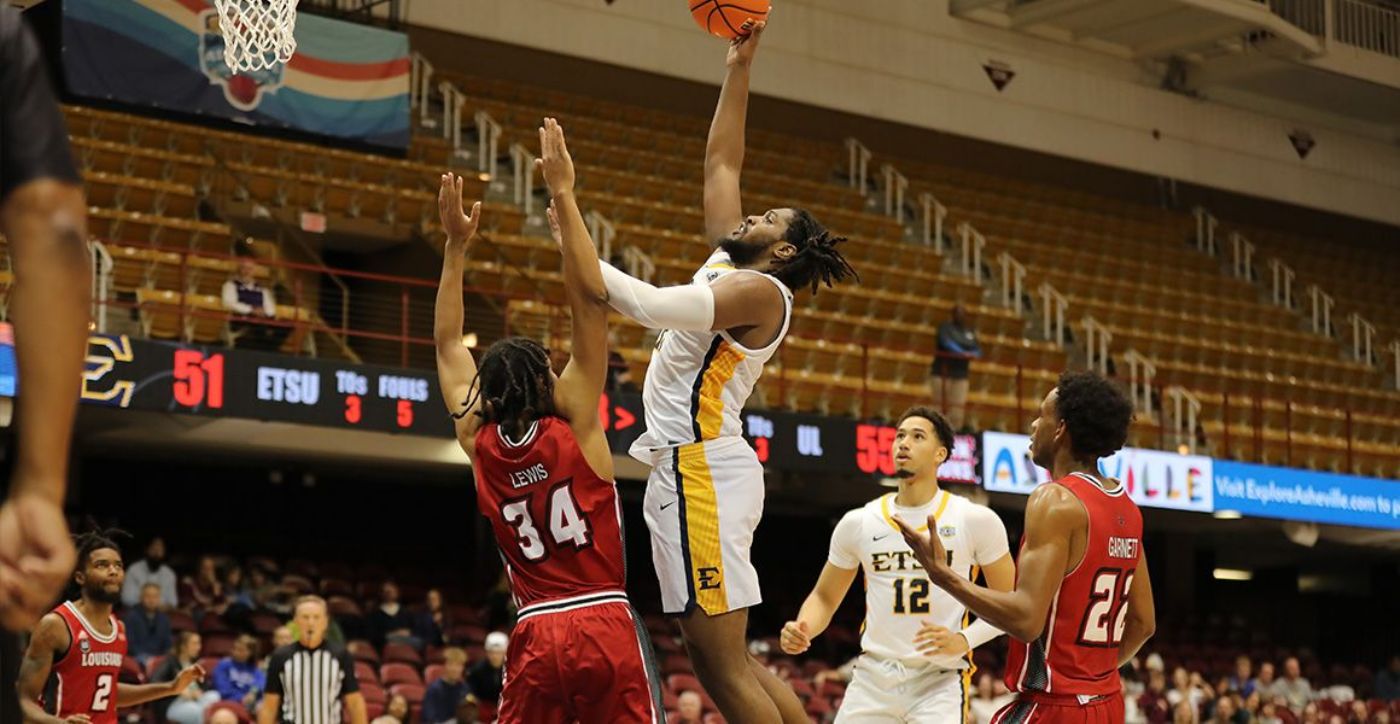 ASHEVILLE, N.C. (Nov. 13, 2022) – The ETSU men’s basketball team erased a 14-point second-half deficit but couldn’t get over the hump as the Buccaneers fell to Louisiana in the Asheville Championship title game 81-77 on Sunday inside Harrah’s Cherokee Center.

Louisiana scored the first five points of the contest and never trailed as the Ragin’ Cajuns took a 42-28 lead into halftime. The Bucs closed the gap to two early on but Louisiana scored nine of the next 11 points to build a nine-point advantage, 16-7 at the 13:16 mark. The Bucs were able to get within five but not any closer as the Ragin’ Cajuns pushed the lead into double figures and took that into the break.

The final 20 minutes was much different than the opening 20.

ETSU came out the locker room energized and ready to play as they used a 12-2 run to clip the deficit to four when a driving lay-up by Haynes made it 44-40 with 16:03 remaining. After Louisiana survived the first Buccaneer wave to go back up eight, ETSU came right back at them with an 8-0 run to tie the game at 55 with 11 minutes to play.

Again, the Ragin’ Cajuns answered as they extended their lead back to double digits, 68-58, but the Blue and Gold didn’t back down.

With Louisiana’s lead hovering around eight for the next five minutes, the Bucs answered the challenge yet again. ETSU cut the Louisiana lead to two following a DeAnthony Tipler (Ashland, Miss.) three-pointer and Haynes came up with a massive blocked shot to get a stop on the defensive end, keeping it a 79-77 score with 20 seconds remaining.

Following a Buccaneer timeout, Haynes got the ball in post – but with contact made an no whistle – the Virginia Tech transfer couldn’t finish and Louisiana grabbed the defensive rebound. The Cajuns made both free throws to ice the game and held on for the win.