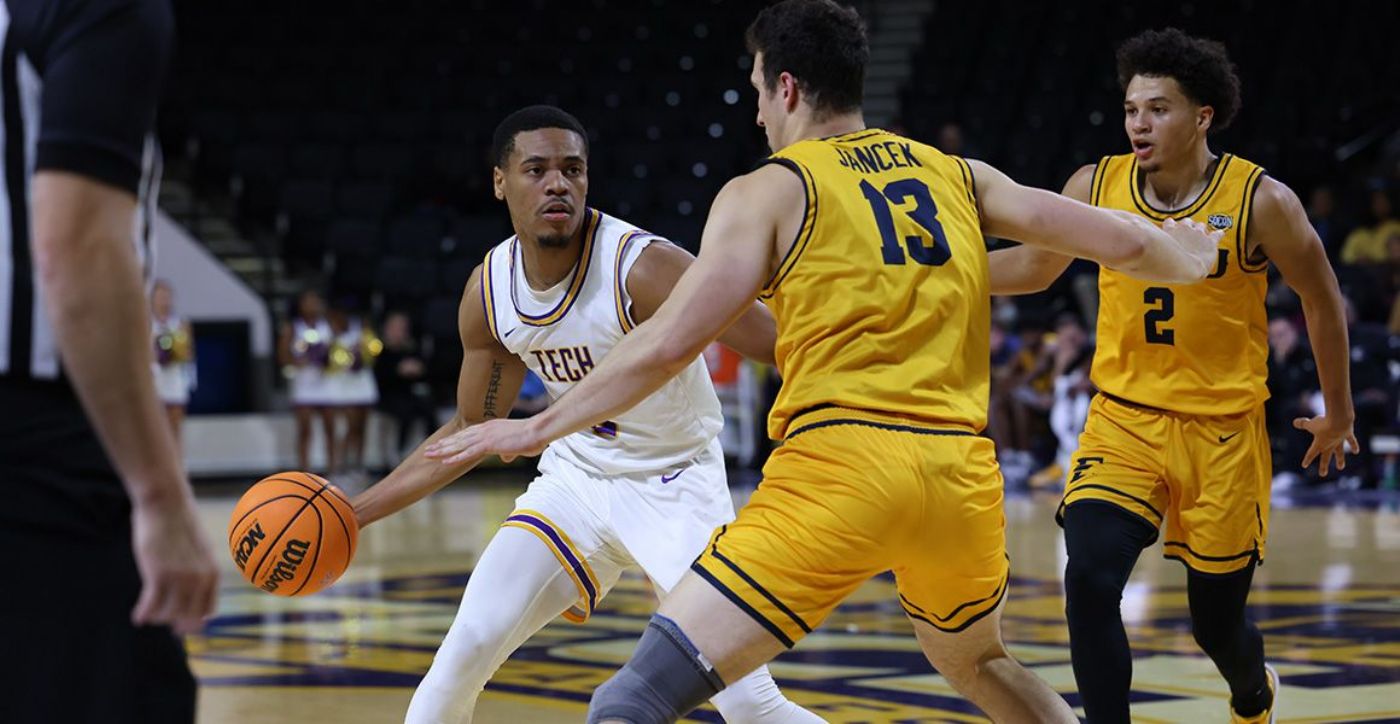 Shooting 35 percent from the field and 29 percent from long distance, the Buccaneers suffered a 69-62 setback to Tennessee Tech on Sunday inside the Eblen Center.

The Bucs got off to a sluggish start despite holding an early 7-5 lead in the opening five-plus minutes, but from there it was all Tennessee Tech until the closing minutes of the first half. The Golden Eagles used a 19-5 run to build a 24-12 lead with eight minutes remaining before the break and still held a double-digit lead with two and a half left on the clock.

From there, ETSU’s long-range shooting came alive as the Bucs knocked down its last three triples to close on a 10-2 run, cutting the deficit to three at intermission, 33-30. Braden Ilic (Morristown, Tenn.) ignited the run with a three from the top of the key, while Tipler and King followed with triples of their own in the final minutes.

King led the Bucs with nine points in the opening 20 minutes, while ETSU was 7-of-10 at the free throw line in the opening half and Tennessee Tech didn’t make a single attempt.

ETSU opened the second half pulling within a point and trailed by three at the 15:35 mark.

Unfortunately, the Blue and Gold never got over the hump.

With Tennessee Tech up 41-38, the Golden Eagles rattled off seven straight points to go up by 10 and eventually pushed the advantage to 15, 57-42, with 8:34 remaining.

The Bucs couldn’t get a final surge going and suffered the seven-point setback in non-conference play.

ETSU heads back home to take on Appalachian State Wednesday night at 7 p.m. inside Freedom Hall.