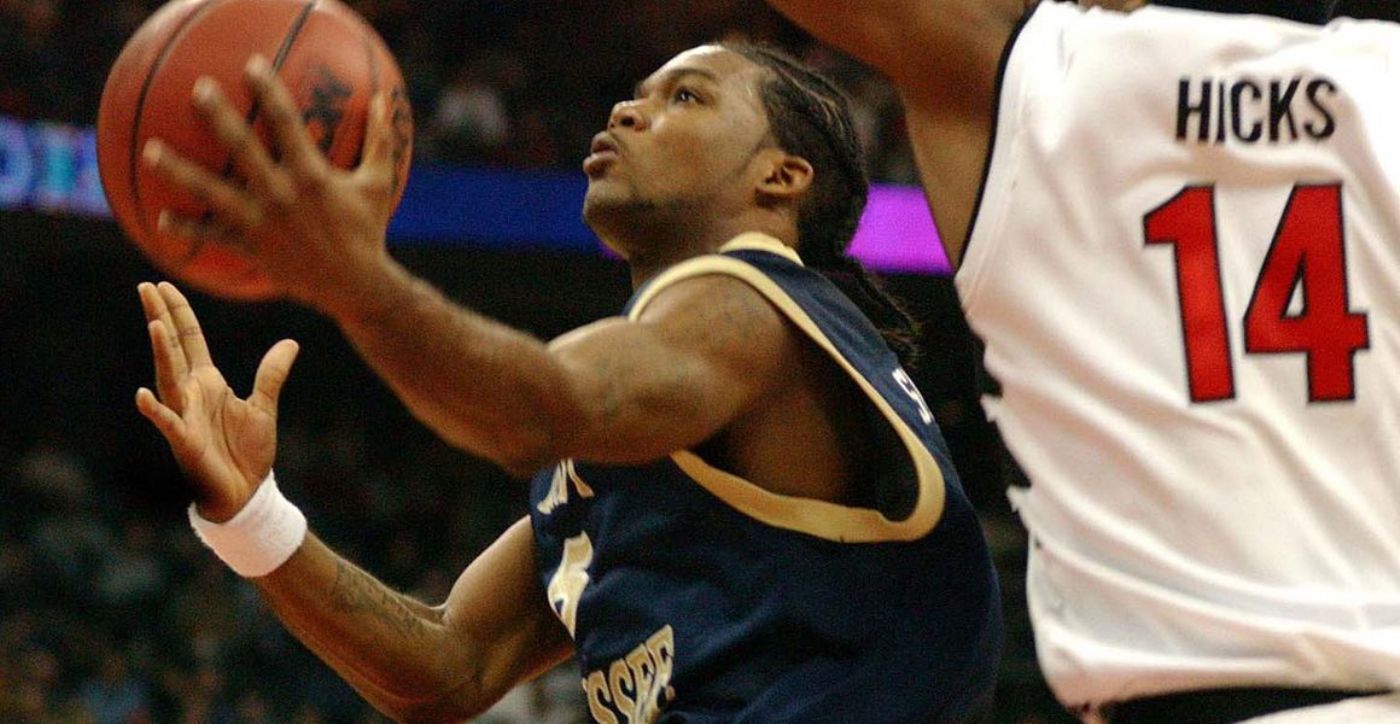 Smith, who donned the #5 Blue and Gold uniform, scored 2,300 points from 2002-06. The Buccaneer guard is tied for second all-time in program history in points per game (19.2), while he scored 475 points his freshman season, tying the ETSU freshman school record.

“I was shocked and overwhelmed when hearing this news,” said Smith. “I wouldn’t trade my time at ETSU for anything. I love being a Buccaneer. My teammates helped me a lot and without them none of this would have been possible. I’m looking forward to seeing some old teammates and being around the fans. I really appreciated the fan support during my time. I remember the BucWild section in the Dome. They would get crazy and rattle the opponents. The fans embraced myself and the team, which helped create some special memories during my time at ETSU.”

Smith led ETSU to two NCAA Tournament appearances where the Bucs nearly pulled off upsets against No. 2 seed Wake Forest in 2003 and No. 4 seed Cincinnati in 2004. The Newport News, Va. native was named 2006 Atlantic Sun Player of the Year and 2003 Southern Conference Freshman of the Year, while he was a four-time all-tournament team selection and three-time first team all-conference honoree. Smith led the NCAA in steals per game in 2005-06 where he averaged 3.4 steals per contest, while he ranked seventh nationally in scoring in 2004-05 – posting 22.2 points per game.

“I’m really honored to be a part of this process for ETSU and Tim,” said head coach Desmond Oliver. “Tim was one of the greatest to play at ETSU. Tim was also arguably one of the best players under 6-feet in the history of college basketball, certainly at this level. I think it’s time for Buccaneer fans to see his jersey hanging and remember his greatness.”

After his Buccaneer career, Smith had a workout with the Cleveland Cavaliers and was drafted by the New Mexico Thunderbirds in the 2007 NBA Development League Draft. From there, Smith went oversees where he played in Cypress, Spain, Sweden, Qatar, Syria, Austria and Lithonia.

“Playing oversees was a great experience,” said Smith. “I enjoyed my time traveling to different places and learning other cultures. I was truly blessed to play in many great countries.”

Smith will be honored with a pregame ceremony prior to the game on Dec. 3. To purchase tickets, please call the ETSU ticket office at 423-439-3878 or visit ETSUTickets.com.