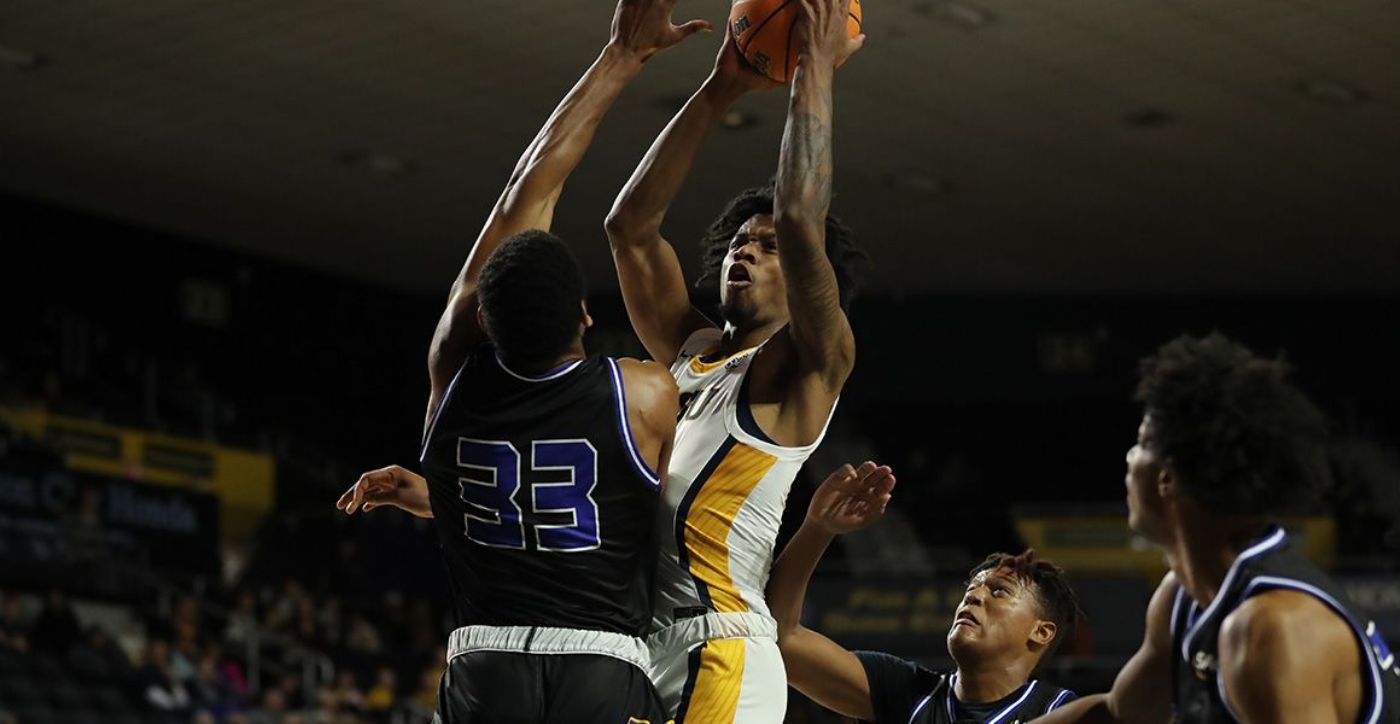 Five Bucs scored in double figures, including Jaden Seymour (Charlotte, N.C.) recording a double-double and Jalen Haynes (Ft. Lauderdale, Fla.) being perfect from the field, as ETSU men’s basketball cruised to an 84-56 win over Mars Hill inside Freedom Hall.

Mars Hill jumped out to an early three-point lead in the opening four minutes, but then the Bucs mounted their 18-2 run to go up 24-11 when Tipler drove in for a lay-up off a Lion turnover with just under 10 minutes remaining.

The Lions cut the deficit back to single digits one final time in the half before Seymour assisted on a King dunk, making it 37-22 with 1:48 left in the half. From there, ETSU took an 11-point lead into the break, 39-28.

Seven different Bucs scored in the opening 20 minutes with ETSU connecting on 63 percent from the field, while the Blue and Gold assisted on nine of their 17 made field goals.

Mars Hill opened the second half with a dunk to pull back within single digits, but five straight points by the Bucs pushed the lead to 14, 44-30, with 17:30 left in the contest.

The Buccaneer lead never dipped below single digits the remainder of the night as ETSU’s margin grew to 20 when Seymour found Haynes in the paint for a turnaround jumper, making it a 56-36 score at the 12:21 mark.

ETSU’s largest lead of the night moved to 30 in the closing seconds of the game thanks to Kristian Shaw (Hendersonville, Tenn.) laying one home, giving the Bucs an 84-54 lead.

ETSU wraps up its brief two-game homestand on Saturday when the Bucs host Jacksonville State at 4 p.m. inside Freedom Hall. The Bucs will honor all-time scorer Tim Smith prior to the game with a special jersey retirement.