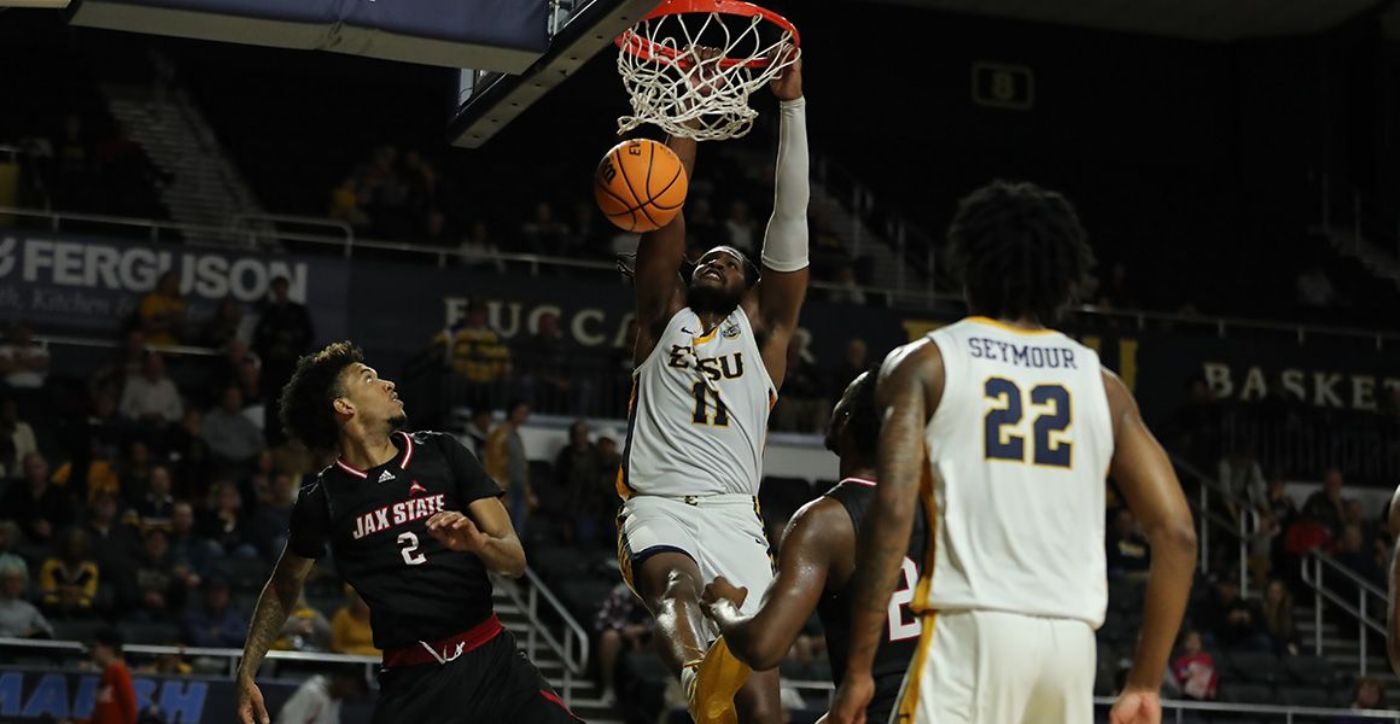 ETSU moves to 4-0 on the road in SoCon play

CHATTANOOGA, Tenn. (Jan. 21, 2023) – The Buccaneers love life of the road in the Southern Conference.

The Bucs shot 79 percent in the second half and outscored Chattanooga by 25, as ETSU men’s basketball team rallied for 78-62 win over the reigning SoCon champions on Saturday afternoon inside McKenzie Arena.

It was a tale of two halves as Chattanooga led by nine at the break, 42-33, after the Mocs shot 50 percent from the field.

The opening eight minutes was nip-and-tuck as the Bucs led 21-18 following a lay-up by Haynes, but then Chattanooga rattled off 11 straight points to open an eight-point lead, 29-21, with 9:16 left before intermission.

The Bucs were able to pull within two at 32-30 with five and half minutes remaining, but the Mocs closed the stanza on a 10-3 spurt to take the lead into the locker room.

Chattanooga looked to have carried its momentum into the second half as Jamal Johnson hit a three-pointer eight seconds into the stanza to go up 12, but the Buccaneers then responded.

Over a four-minute stretch, ETSU held Chattanooga scoreless and used an 11-0 surge to inch within two when back-to-back lay-ups by Haynes made 45-43 with 15:59 left in the contest.

ETSU eventually tied things up at 49 on a King jumper with just under 13 minutes remaining – and after the Mocs went back ahead on a three by Randy Brady – the Bucs silenced the home crowd.

Like they did earlier in the half, ETSU kept the Mocs scoreless for the next four-plus minutes en route to opening an eight-point advantage thanks to Brock Jancek (Knoxville, Tenn.) feeding an open Jaden Seymour (Charlotte, N.C.) for a slam, making it 60-52 with 8:39 to play.

The Mocs had one last run in them when another three by Brady made it 64-62, but like the Bucs have done on the road all season, they stepped up and got the dub.

ETSU concludes its two-game road swing on Wednesday night as the Bucs head to Macon, Ga. to take on Mercer at 7 p.m. inside Hawkins Arena.