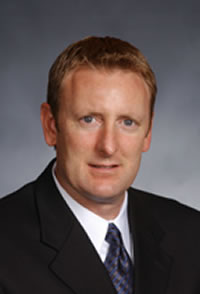 In 2011, he was named as one of the Top 60 assistant coaches in NCAA Division I basketball by Nike Villa 7. He was one of only two mid-major assistants named to the list.

“Keeping Scott Wagers on staff was crucial when we made the transition in coaching staffs nine years ago,” said ETSU head coach Murry Bartow. “Scott is an excellent coach with great recruiting ties and a talent for working on our defensive strategies and alignments.”

Wagers’ primary area of responsibility is acting as the team’s defensive coordinator, helping develop the team’s fullcourt defensive style, its trapping principles, and man-to-man philosophy. Along with those duties, Wagers works with the team’s post players and is an invaluable recruiter with ties throughout the country.

Before coming to Johnson City, Wagers was the head coach at Robinson High School in Tampa, Fla., from 1994-2000. He earned Tampa Bay Basketball Coaches’ Association Coach of the Year honors in 1997-98 after taking his team to the Florida High School semifinals. Wagers’ team also earned St. Petersburg Times/Tampa Tribune Team-of-the-Year honors that season.

While at Robinson, Wagers led his teams to four divisional championships, and two regional championships. His Robinson High teams went 126-24 during his tenure, while averaging over 100 points a game offensively in each of those seasons.

Before moving to Florida, Wagers was the head coach at Washburn High School in Washburn, Tennessee. He earned Tennessee Athletic Coaches’ Association District 1A Coach-of-the-Year honors in 1993-94.

Wagers played varsity basketball at Tennessee Wesleyan from 1985-89. He graduated with a bachelor’s degree in health and physical education.

Particularly in the past two seasons, ETSU’s defensive sets — like the team’s 1-3-1 halfcourt trap and fullcourt press  — helped the team rank as one of the top teams in the country for steals. In addition, Wagers has been a crucial part of the Bucs recent recruiting ventures into Florida and continues to work that part of the country.

Wagers and his wife Stacey have two children, Luke and Lola.