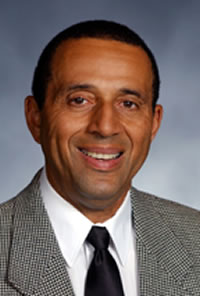 Veteran college basketball coach Michael Boyd is set to begin his 10th season at East Tennessee State University, after spending the last nine seasons as a huge coaching asset for the Bucs.

Boyd has a wealth of coaching experience at the collegiate level, after having spent seven seasons as an assistant coach at Penn State from 1996 to 2003, and also serving as an assistant coach at another Big Ten Conference program, Michigan, for 11 seasons from 1979 to 1990. In addition, Boyd also enjoyed a head coaching stint at Cleveland State from 1990 to 1996. After those six seasons at Cleveland State – which included a 22-6 record and Mid-Continent Conference championship in 1992-93 – Boyd joined the staff at Penn State in 1996.

“We are fortunate to have Mike on our staff,” said ETSU head coach Murry Bartow. “He is incredibly experienced as an assistant and head coach at the Division I level, and he has numerous contacts across the country because of his 18 years as an assistant in the Big Ten. Mike works directly with our post players and does an outstanding job developing their game.”

Boyd was equally pleased to be joining the Buccaneer program when he took the position in 2003, especially after the kind of season ETSU enjoyed in 2002-03 – a campaign which saw the Bucs win their third consecutive Southern Conference North Division title, capture the SoCon Tournament championship, and make a trip to the NCAA Tournament. The Bucs responded again in 2003-04, finishing with a 27-6 record and a second straight trip to the NCAA Tournament. In 2006-07, the team won 24 games which ranks as the fifth-best season in school history, capturing the program’s first Atlantic Sun Conference championship. And again in 2008-09 and 2009-10, the Bucs fielded a championship team, winning the A-Sun Tournament and participating in the program’s eighth and ninth trips to the NCAA Tournament.

“I think ETSU is a program that is going somewhere and I’ve enjoyed being a part of it,” Boyd said.

Prior to Michigan, he served four years as an assistant at Kent State, including a stint as interim head coach in his last season at the school. Boyd played basketball at Northern Michigan, where he led the conference in scoring under coach Stan Albeck. He was inducted into the NMU Hall of Fame in ’80.