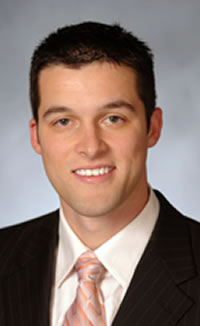 Andrew Greene enters his sixth season with the ETSU men’s basketball program, and his fifth as Director of Basketball Operations

Greene’s main responsibilities include day-to-day basketball operations, scheduling of team travel and meals, coordinating team community relations events, organizing film exchange, production of scouting reports and tapes, and taking care of all administrative needs. He is also in charge of planning, organizing, and directing all aspects of the Murry Bartow Buccaneer Basketball Camps which take place in the summer.

The Ronda, N.C., native was a double major at the University of North Carolina, earning his bachelor’s degrees in Exercise and Sport Science and Psychology in 2006. He received his master’s degree in Sport Management in 2008 from ETSU.

Greene began his tenure in Johnson City serving as a Graduate Assistant for the 2007-08 Buccaneers team, a squad that finished 19-13, but he has since seen the Bucs eclipse the 20-win mark and earn trips to the postseason in three of the last four seasons (2009, 2010 and 2011).

He comes to ETSU after gaining valuable experience serving as a manager for the University of North Carolina’s men’s basketball program.  His duties included involvement in daily practices for the Tar Heels, as well as coordinating game-day procedures for the team. While in Chapel Hill, Greene spent several years under the tutelage of the Carolina system, coaching at the Roy Williams Carolina Basketball School. He has also been an instructor at camps throughout the southeast, including the William and Mary and Pfeiffer summer camps. Prior to his time at UNC, Greene played collegiately at Wilkes Community College, a member of NJCAA Division 1.