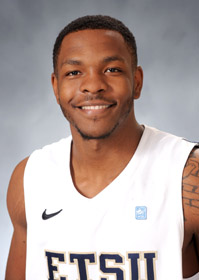 About Tommy: An athletic player known for his competitive nature and his versatility ... can play multiple positions ... should be a great fit for the Bucs' style of play.  Prior to ETSU: Played two seasons at East Georgia State College ... as a senior played in 30 games, starting 28 contests ... averaged 21.1 minutes per games, scoring 12.5 points per contest and shooting 51 percent from the floor on the year. Personal: Major is Sports Management … son of Edward and Stephanie Rogers … born Feb. 23, 1993.