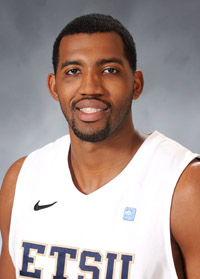 About Alex: Veteran player who will bring experience to the roster ... will have longest wingspan on the team ... expected to provide major help both rebounding and defensively. Prior to ETSU: Played two seasons at Northeastern followed by one year at Tennessee State ... earned a fifth year of eligibility by completing his degree at TSU ... averaged 10.7 minutes per game a year ago and played in 29 contests ... averaged 1.6 rebounds a game. Personal: Major is Liberal Arts … son of Steven and Stephanie Bates … born Oct. 16, 1992.