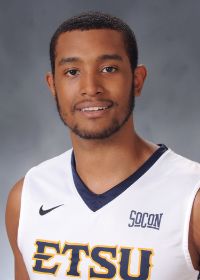 About Nigel: A back-to-the-basket scorer who fills an immediate need on the ETSU roster ... brings added size to the ETSU front court and is a very good post defender ... played alongside five other Division I players during his junior college years. Prior to ETSU: Spent the past two seasons at Vincennes University, where he helped his team combine for a 67-5 overall record, including a 33-2 mark last season and a No. 1 national ranking ... has enjoyed his share of success on the basketball court, having also won a North Carolina state championship at New Hanover High School. Personal: Major is business … son of Simone Hardy … born Feb. 15, 1995.